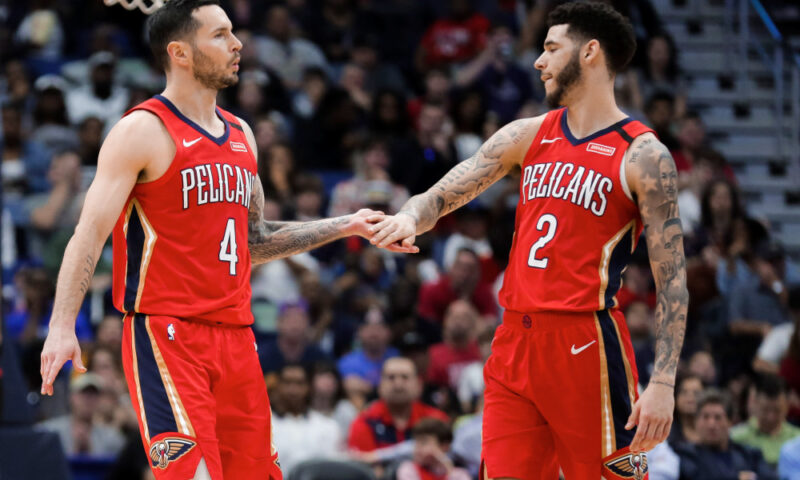 According to The Athletic’s Shams Charania, New Orleans is trying to open up more minutes for Kira Lewis Jr. and Nickeil Alexander-Walker in the rotation.

“A team that is expected to be prominent in the trade market picture, rival teams expect: The New Orleans Pelicans,” Charania wrote. “The franchise is off to an uneven 5-10 start to the season. New Orleans has been receiving calls about the availability of Lonzo Ball and JJ Redick and has shown an openness to discussing trades around both with interested teams, sources tell The Athletic. A move would create a clearer pathway for young guards Nickeil Alexander-Walker and Kira Lewis in the Pelicans’ rotation.”

Ball is set to become a restricted free agent at the end of this season.

The Pelicans drafted Lewis Jr. in the first round of the NBA draft, and they may view him as the long-term fit at the point guard position.

As for Redick, he is a solid veteran shooter that could certainly help a contender.

Redick doesn’t fit the timeline of the Pelicans’ young core, specifically Brandon Ingram and Zion Williamson, so it would make sense to move him for a future asset.

New Orleans is just 5-10 this season and seems to be on the outside looking into the playoffs in the West.