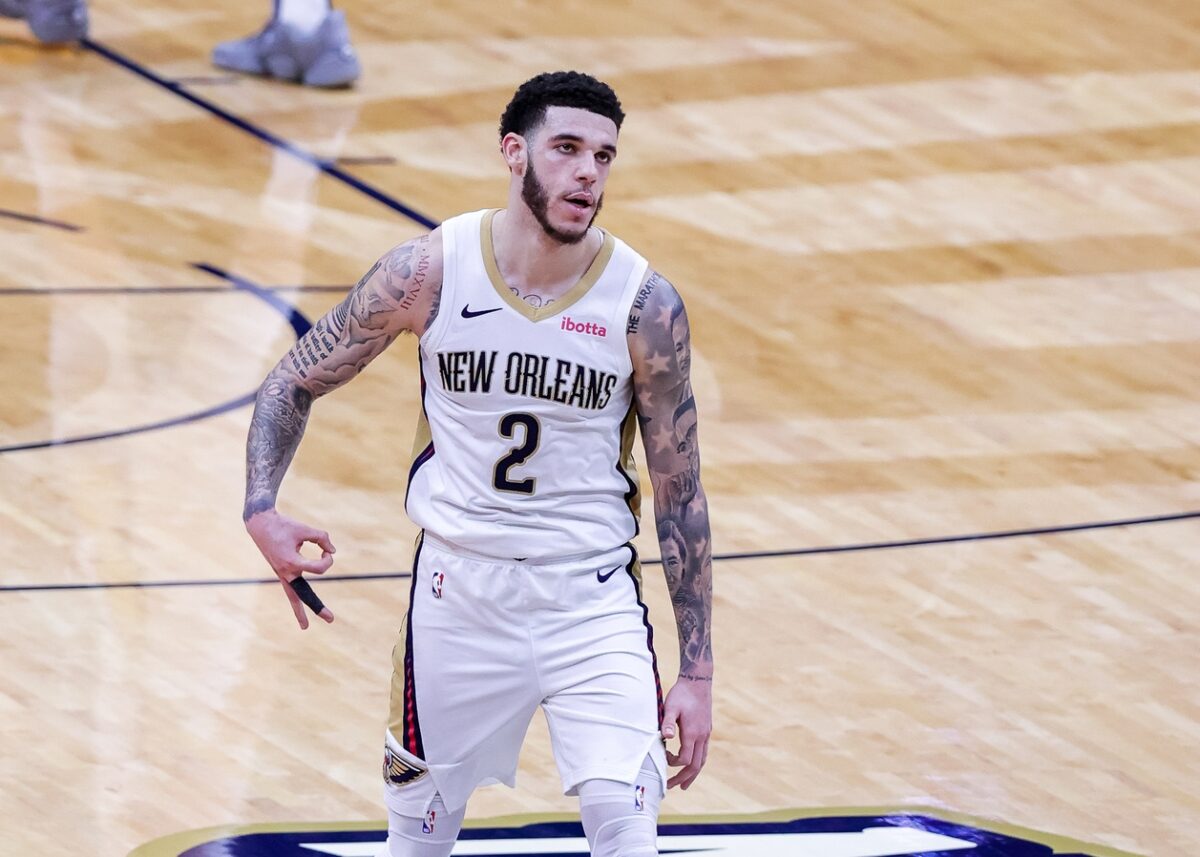 According to a recent report, the New Orleans Pelicans may let restricted free agent Lonzo Ball walk this offseason if he receives a competitive offer on the open market.

“New Orleans is unlikely to match a significant offer sheet on Ball, sources said,” wrote Shams Charania of The Athletic. “Ball, 23, is among the top point guards on the free-agent market. The [Chicago] Bulls and [Los Angeles] Clippers are expected to be among the teams interested in him, according to sources. Ball averaged career-highs in points (14.6) and 3-point shooting (37.8) this past season.”

Entering the season, the former first-round pick was regarded as a borderline draft bust by many, but Ball is proving that he still has a chance to become a star player in the league.

If the Bulls land Ball, they’d get one step closer to being a playoff team. Chicago finished the 2020-21 season with a 31-41 record, and the team likely is one or two key pieces away from getting over the playoff hump.

The Clippers, on the other hand, are going to have a crucial offseason. Star Kawhi Leonard has a player option, and his decision will be pivotal when it comes to the team’s future.

Moreover, point guard Reggie Jackson is set to hit free agency, and adding Ball would help soften the blow of potentially losing Jackson. In the 2021 NBA Playoffs, Jackson stepped up as one of the Clippers’ best players. He averaged 17.8 points per game in the postseason while shooting 40.8 percent on 3-pointers.