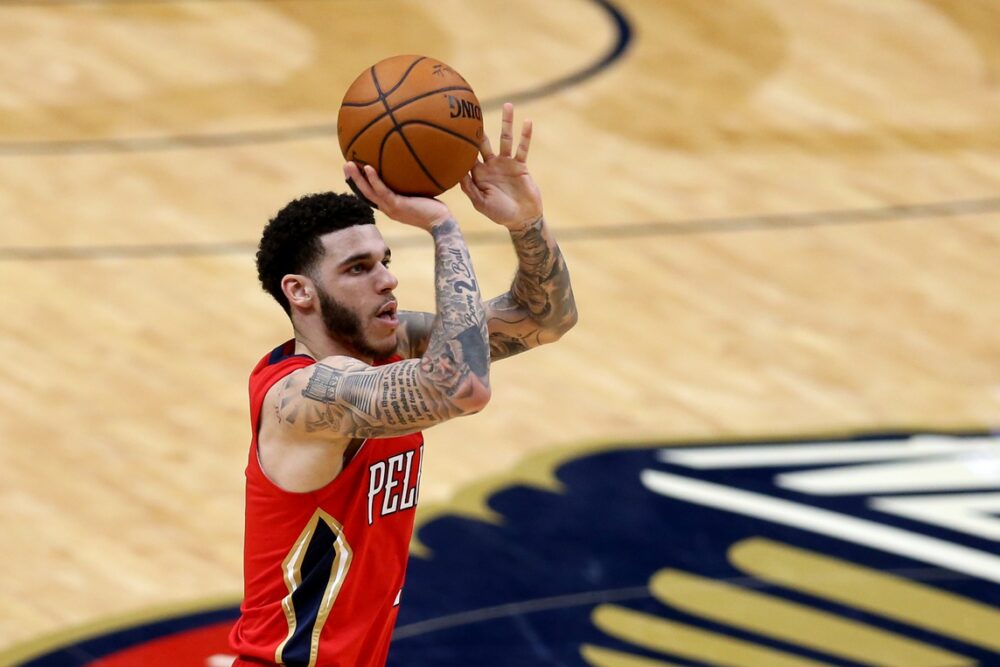 New Orleans Pelicans point guard Lonzo Ball will become a restricted free agent at the end of the 2020-21 season.

The New York Knicks and Chicago Bulls reportedly are expected to pursue Ball this coming offseason.

According to the New York Post’s Marc Berman, the Pelicans may not match any offer he receives that is over $20 million per season.

“Though the Knicks made a very light push for Ball at the March 25 trade deadline, the Bulls did a lot more of the talking with Pelicans general manager David Griffin,” Berman wrote. “If Ball were to leave, Chicago would be the Knicks’ top competitor, according to sources.

“Because of luxury-tax concerns, the feeling around the league is the Pelicans may pass on matching any offer over $20 million per season with rookie lottery-pick point guard Kira Lewis and combo guard Nickeil Alexander-Walker in the fold.”

Ball is also shooting a career-high 38.4 percent from 3-point range this season.

While New Orleans may want to keep Ball at a reasonable price, it is possible a team like New York or Chicago tries to lure him away with a major offer.