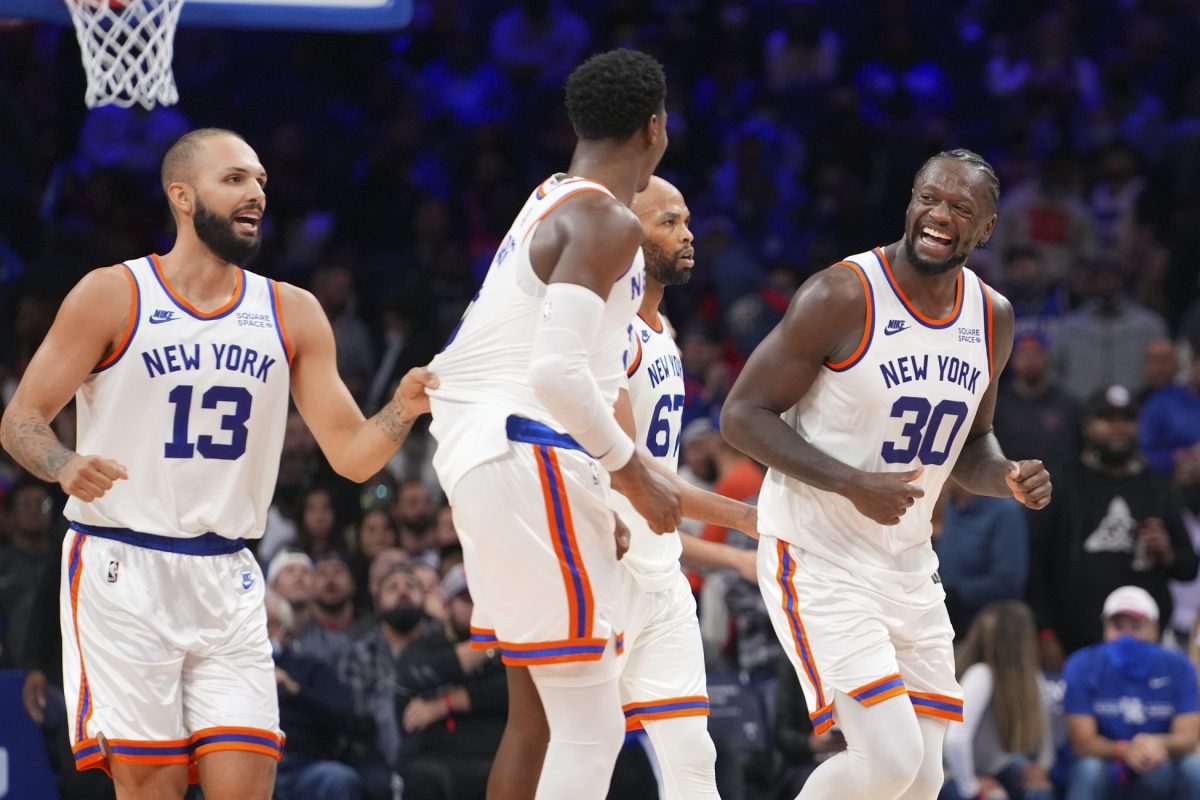 The New York Knicks made some major changes to their roster for the 2021-22 season, and they’ve lost some of their identity from last year because of it.

That has changed drastically so far this year, as the Knicks entered Monday’s game with the Indiana Pacers with the sixth-worst defensive rating in the NBA.

New York did pick up a 92-84 win against the Pacers, which moved its defensive rating to No. 17 in the league ahead of Tuesday’s action, but a loss to the Orlando Magic on Wednesday moved New York back down to the No. 19 spot.

The Knicks still allow 107.1 points per game, and they have a net rating of just 0.3 this season. Adding Kemba Walker and Evan Fournier in free agency was expected to boost the team’s offensive firepower, but it clearly hasn’t separated the Knicks enough to make up for the regression on the defensive side of the ball.

Here are three things the Knicks can do going forward to improve their defense in the 2021-22 season.

Walker has been the team’s starting point guard this season, but Rose has been one of the team’s best players, especially on defense.

Rose has been one of the most effective defensive players so far this season among players getting a lot of time on the court.

Walker has been fine as an offensive player, but he has the worst defensive rating among the team’s rotation players at 117.3 this season. That is a major difference between him and Rose, who has a defensive rating of 95.1, and the Knicks simply could benefit from throwing Rose in with the starting five on occasion to fix the team’s backcourt struggles on that end of the floor.

Knicks head coach Tom Thibodeau has tried a small-ball lineup with Julius Randle and Obi Toppin this season, but it has come at the expense of Nerlens Noel and Gibson as the team’s backup centers.

Gibson, Toppin and Immanuel Quickley trail Rose as the team’s top rotation defender in defensive rating this season, but Gibson has become a crucial piece to the lineup now that Noel is hurt.

Gibson’s veteran presence on the defensive end has led to the Knicks’ bench having a ton of success this season.

Shout-out to the bench mob. pic.twitter.com/YgH8Yxnw5t

Until Noel is healthy, the Knicks are better off playing Gibson with Toppin rather than forcing Toppin and Randle to play a small-ball lineup to try to make up for things on the offensive end.

This is easier said than done, as the Knicks are going to need to change things schematically to defend the deep ball better, but they allow the most 3-pointers per game in the NBA.

New York allows 14.5 3-pointers per game this season, and opponents are shooting 35.5 percent from beyond the arc against the Knicks so far this season.

Thibodeau’s scheme leads to more open looks for opponents, but unless the Knicks are going to shoot the lights out from deep on the other end, this is a tough recipe to follow to win basketball games.

The Knicks are 8-7 so far this season, and they look like a potential playoff team. However, unless they fix things on defense, which helped carry them to the playoff last season, they may be destined for a play-in berth rather than repeating as the Eastern Conference’s No. 4 seed.