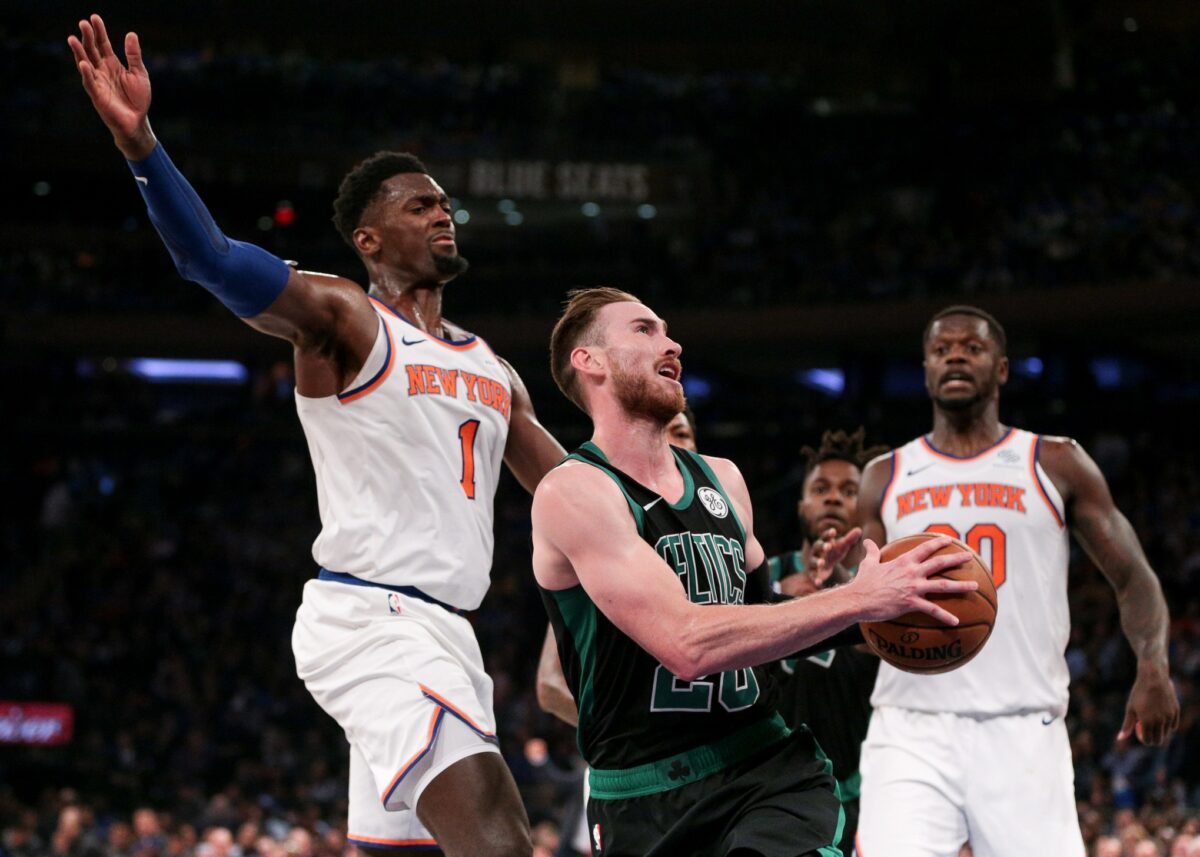 Gordon Hayward made the decision to opt out of the final year of his contract with the Boston Celtics on Thursday, and he may have a hefty offer on the table from another iconic team on the East Coast.

According to one report, there have been rumblings of a three-year, $70 million offer from the New York Knicks.

Want to reiterate that this isn’t done, and Indiana is still involved. But my understanding is that this offer is on the table and is under consideration by Hayward. https://t.co/By6JgGuvER

The Knicks are always looking for star talent to add to their roster, but they have struck out in the last few years.

While Hayward is not a top-tier talent, he is a former All-Star. Last season, he averaged 17.5 points, 6.7 rebounds and 4.1 assists per game on a loaded Celtics roster.

If he were to join the Knicks, he would quickly become a focal point of the offense.

With that in mind, if he were to join the Knicks, Hayward would then have to deal with the polarizing organization.

With free agency beginning on Friday evening, it will be interesting to see of Hayward’s next home proves to be the legendary Madison Square Garden.