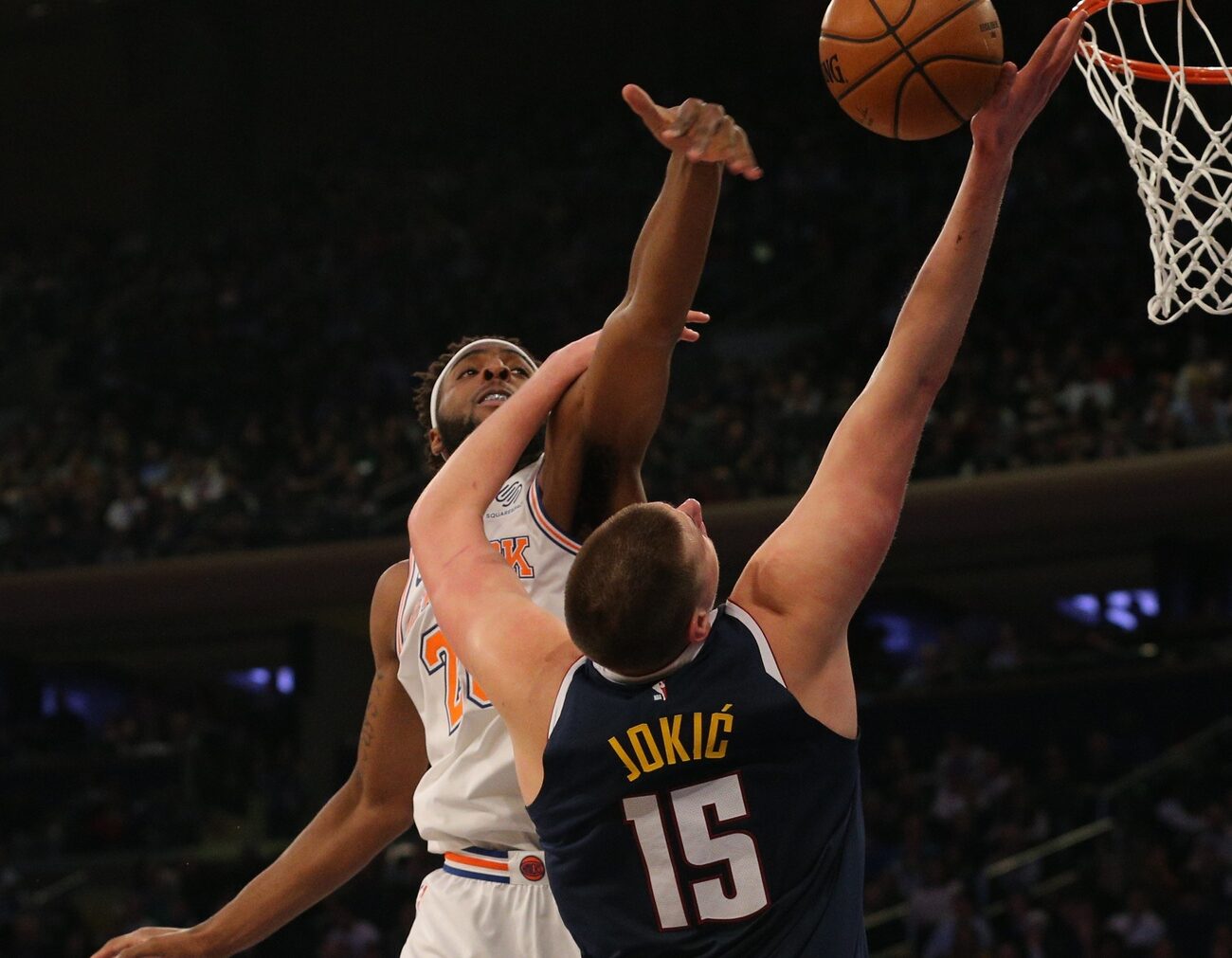 Denver Nuggets superstar Nikola Jokic is one of the best centers in the NBA.

Was it difficult guarding Jokic?

"It wasn't hard at all" pic.twitter.com/ZQ6Q0Fg4M6

“It’s really not that hard,” Robinson said of recently having to defend Jokic. “You just got to make sure your teammates just know what’s going on. That’s really it. It ain’t really hard at all. You can guard anybody, just depends on how you play them. I was there on every move he did. He just made tough shots. I felt like it wasn’t hard at all.”

Robinson, 22, squared off against Jokic and the Nuggets on the Sunday.
His confident comments came on the heels of a defeat. The Nuggets pounded the Knicks by a score of 114-89.
Jokic, 25, collected 22 points, 10 rebounds and five assists on Sunday. In addition, he shot 9-of-15 from the field in the win.
On the other end, Robinson gathered 11 points and five boards in 34 minutes of action.
Of course, Jokic is a handful to deal with. In fact, he’s having a monster season. The international standout is averaging 24.4 points, 11.2 rebounds and 10.4 assists per game this season.
In this article:Denver Nuggets, featured, mitchell robinson, New York Knicks, nikola jokic