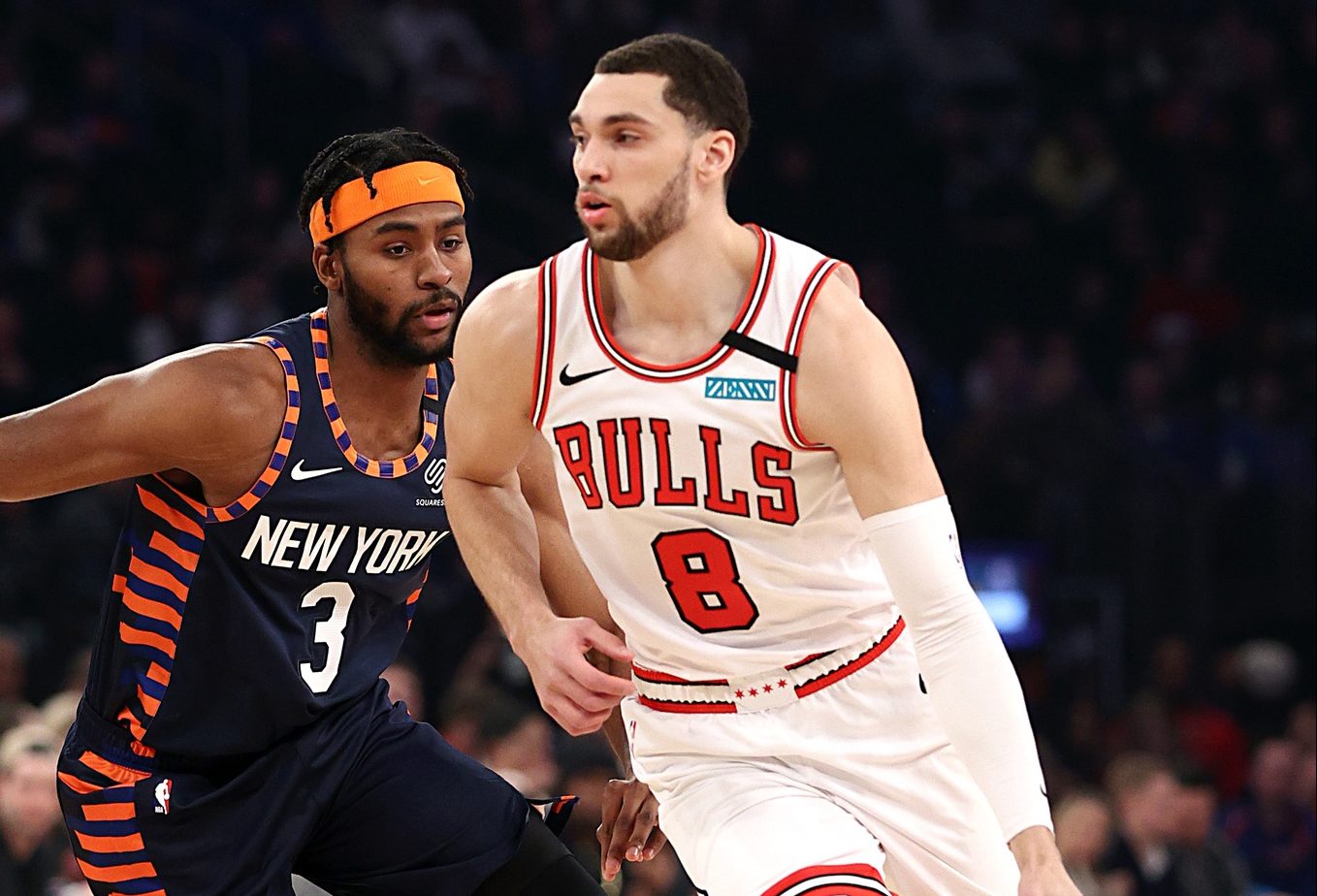 Could another NBA star be heading to New York City?

Now, both the Nets and Knicks could be eyeing the next big prize.

According to SNY.tv, both teams are monitoring the situation around Chicago Bulls guard Zach LaVine.

“And it’s worth noting that both the Knicks and the Nets are among the teams who have been monitoring LaVine’s situation in Chicago,” SNY.tv’s Ian Begley wrote. “Per SNY sources, both teams have done background work on LaVine to be prepared for the possibility that Chicago ends up listening to trade offers on the 25-year-old guard. “

LaVine hasn’t formally requested a trade from Chicago, but it makes sense for these teams to do their due diligence.

Chicago recently hired Arturas Karnsinovas to be its executive vice president of basketball operations, so the direction of the team is unclear.

Adding LaVine to a Nets roster that already includes Durant and Irving could be scary. The Bulls star averaged a career-high 25.5 points and 4.8 rebounds per game in 2019-20, but hasn’t yet shown he can put up these stats on a winning team.

As for the Knicks, LaVine would immediately become the face of a franchise that has been without a star for years.

LaVine can hit free agency in 2022 after making $19.5 million in each of the next two seasons.