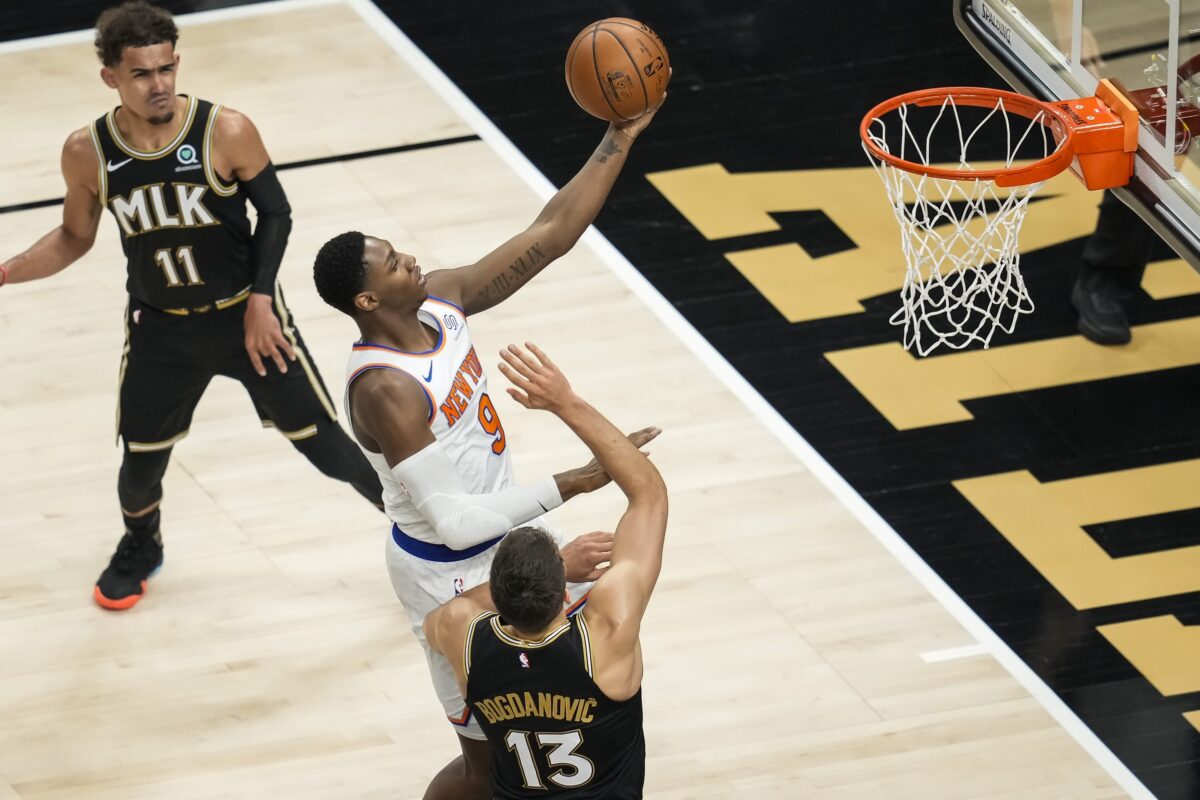 The New York Knicks are staring down a 3-1 deficit in their first-round series against the Atlanta Hawks. But starting wing R.J. Barrett is not ready to give up just yet.

When asked by a reporter on how he would view the Knicks’ season should New York lose Game 5 on Wednesday, Barrett was having none of it.

RJ Barrett on how the Knicks will view their season if the series ends tonight:

"We're winning tonight, I'm not thinking about that" pic.twitter.com/vJ8BwFMI0Q

In league history, only 13 teams have mounted a successful comeback from a 3-1 deficit to win an NBA playoffs series.

New York is looking to be the 14th team to do so. While momentum may be on Atlanta’s side, the Knicks have the home-court advantage in Game 5 and a large fan base rallying behind them.

If Barrett and the Knicks win Game 5, they will make another trip to Atlanta on Friday for Game 6.