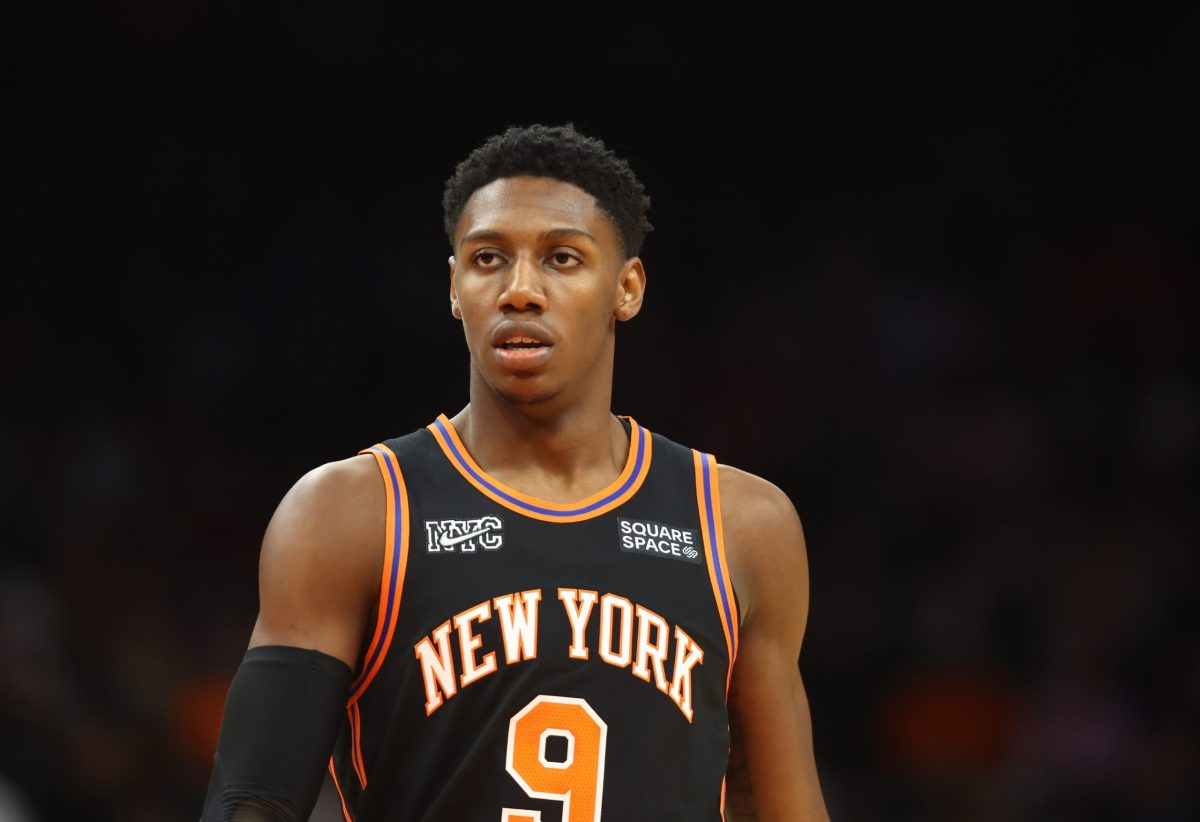 The New York Knicks had been the team primarily linked to Mitchell this offseason, but it appears the Knicks and Jazz had a bit of a falling out in trade negotiations. According to ESPN’s Brian Windhorst, New York’s decision to extend RJ Barrett led to “animus” between the two teams.

“The Knicks gave the Jazz a deadline of Aug. 29 to execute a deal or the Knicks would move on and sign Barrett to the extension they had negotiated, sources told ESPN’s Adrian Wojnarowski,” Windhorst wrote. “After the deadline passed and Barrett was locked into the deal, making it more complicated to agree to a trade, animus grew between the Jazz and Knicks and the sides broke off talks, sources told ESPN.”

By signing Barrett to an extension, New York made trade talks for Mitchell much more complicated for both sides because of the poison pill provision.

Barrett’s extension – which makes him the youngest $100M player in Knicks history at 22 — ends weeks of New York/Utah trade talks on Mitchell, and forces teams to start discussions over with significantly different deal parameters because of the Poison Pill provision.

However, it appears New York also wasn’t willing to offer the same draft capital as Cleveland to complete the deal. The Cavs ended up giving up three unprotected first-round picks for Mitchell in addition to two pick swaps.

Now that Mitchell is in Cleveland, New York will continue to build around its young core of Barrett, Quentin Grimes, Obi Toppin, Mitchell Robinson and Immanuel Quickley in addition to veterans Jalen Brunson and Julius Randle.

Barrett, who was the No. 3 overall pick in the 2019 NBA Draft, has improved in each of his first three NBA seasons. Last season, he averaged 20.0 points, 5.8 rebounds and 3.0 assists per game while shooting 40.8 percent from the field and 34.2 percent from beyond the arc.

The Knicks would love to see Barrett improve his efficiency, but it’s clear the team values him, as it decided to sign him to the extension and risk losing out on Mitchell. The Knicks are still armed with young talent and draft capital to make a trade should another star become available on the trade market this offseason or during the 2022-23 campaign.