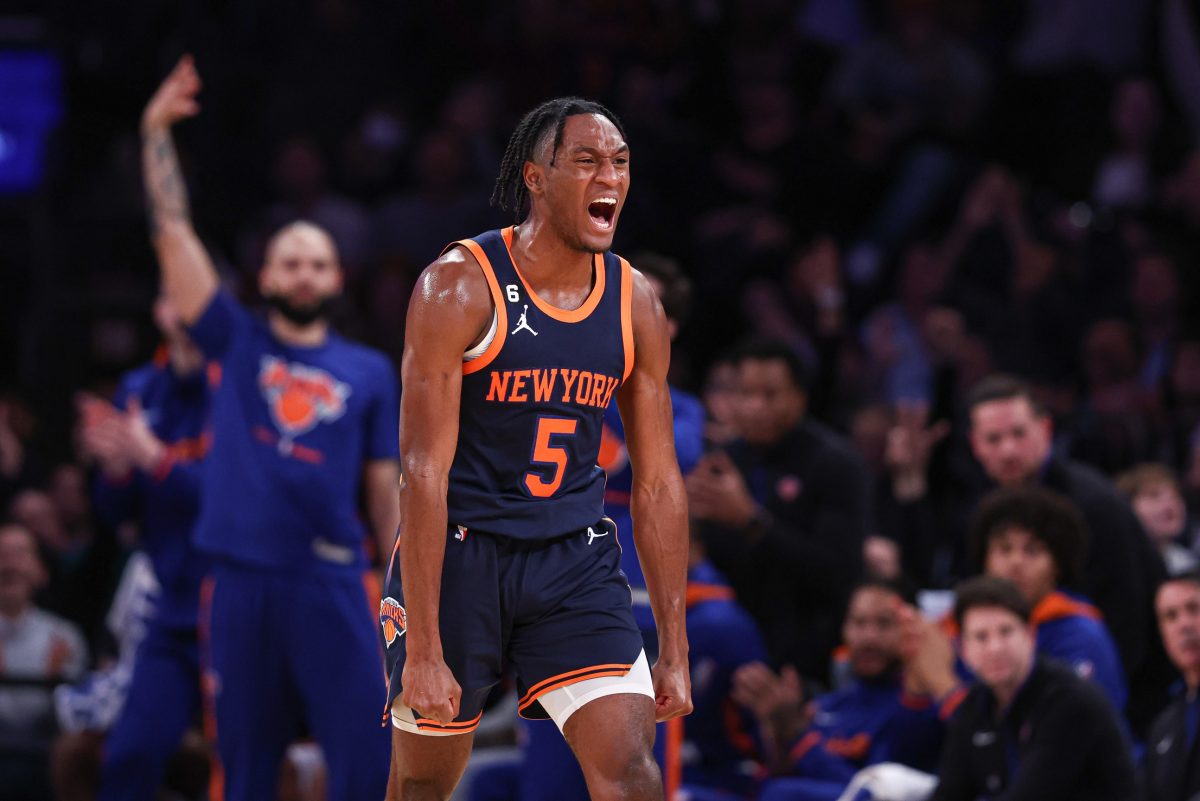 “Another Knicks player whose name has circulated in the rumor mill this season is Immanuel Quickley,” Scotto wrote. “Several teams, including the Bucks, Mavericks, Wizards, and others, have expressed interest in Quickley, league sources told HoopsHype.”

Quickley, who is in his third NBA season, has been a key piece of the Knicks’ rotation this season, moving into the starting lineup with R.J. Barrett currently out of the lineup due to a finger injury.

The No. 25 overall pick in the 2020 NBA Draft, Quickley has thrived in a starting role this season, averaging 20.3 points, 5.3 assists and 4.9 rebounds per game across eight starts.

A bit of a streaky shooter, Quickley is shooting 41.7 percent from the field and 33.3 percent from beyond the arc this season. The Knicks have a bit of a thin bench with Evan Fournier, Cam Reddish and Derrick Rose getting bumped from the rotation at times this season.

The Bucks and Mavericks are both contenders this season, so it’s possible they view Quickley as a piece to help put them over the top and compete for an NBA title this season.

The Mavericks could certainly use another scorer of Quickley’s caliber this season after losing Jalen Brunson in free agency to the Knicks this past offseason.

As for Milwaukee, Quickley would give the team another option at guard alongside Jrue Holiday, Grayson Allen and Jevon Carter. The Bucks may view him as an upgrade over Allen given his defensive ability and the fact that he can play both guard positions.

The Knicks’ asking price for Quickely reportedly has been a first-round pick, so it will be interesting to see if the Bucks, Wizards or Mavericks are willing to part ways with that to acquire him.

Washington is in the play–in tournament picture in the Eastern Conference, and it could use a lead guard alongside Bradley Beal on offense. The Wizards have been playing Monte Morris as their starting point guard this season.

The Knicks are in the playoff picture as well this season, and with Quickley being such a big part of the team’s rotation, New York will likely need a solid offer to move on from him.

Quickley has one year remaining on his rookie deal and is extension eligible this coming offseason. The University of Kentucky product is averaging 12.2 points, 4.1 rebounds and 3.3 assists per game in the 2022-23 season.