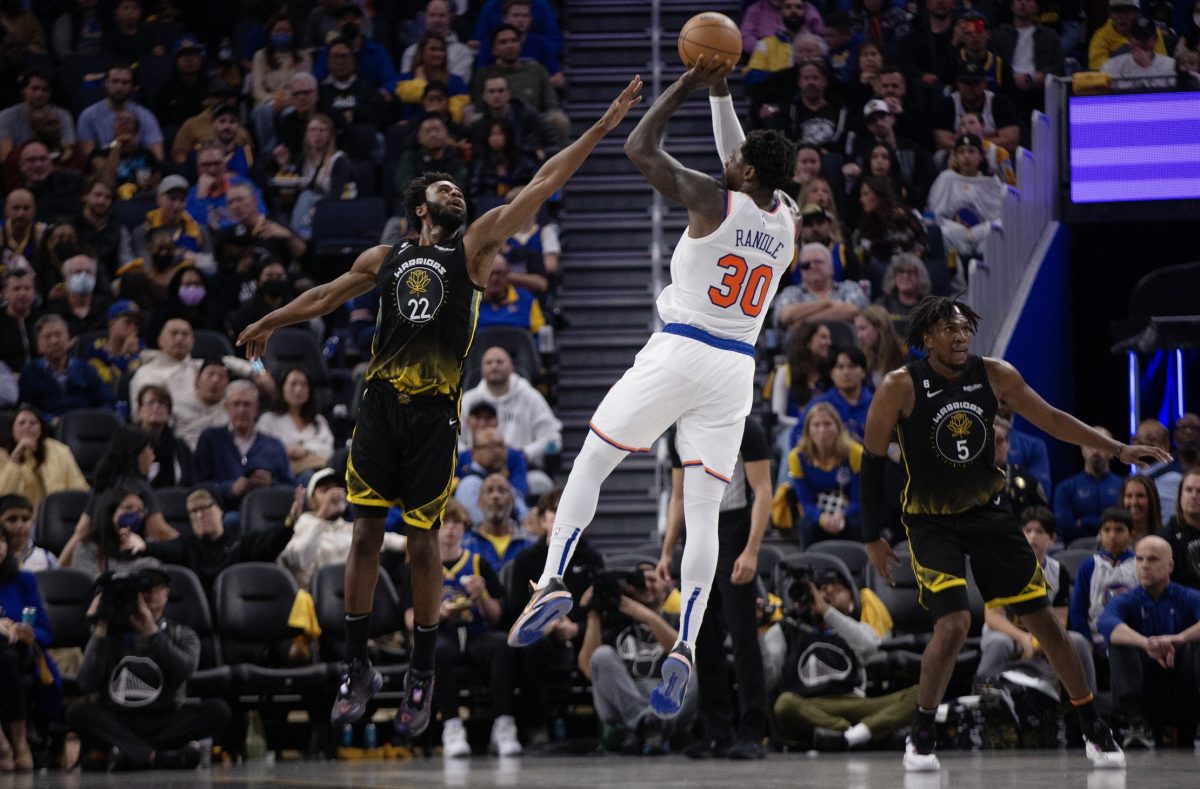 New York Knicks veteran Julius Randle is one of the league’s most intriguing power forwards.

Some fans think the former All-Star could be traded. He’s in his fourth season with the Knicks.

If the organization indeed plans on looking for a Randle deal, now might be an opportune time because his trade value has reportedly improved.

“They’re better now (trade value) because they have taken the ball out of his hands more, he has less pressure on him,” an executive told Sean Deveney of Heavy.com while analyzing Randle’s value and performance this season. “He can worry about rebounding and shooting. He does not have to worry about everything.”

“He’s shooting it better, so that helps, and every time a year comes off that contract, he gets more valuable–so, at the end of the year, he might be that much more worth a trade,” the executive said. “The big thing is defense. That holds him back.”

The 27-year-old has shown in the past how potent he can be as an all-around threat. During the 2020-21 campaign, he averaged 24.1 points, 10.2 rebounds and 6.0 assists per contest. That season, Randle earned an All-Star berth and All-NBA Second Team selection. In addition, he won the Most Improved Player award.

His breakout campaign resulted in a four-year, $117 million extension from the Knicks. Unfortunately, his 2021-22 season was highlighted by a decrease in numbers and efficiency from the field. Consequently, some teams were likely hesitant to trade for the 6-foot-8 forward because of his regression and exorbitant contract.

This season, however, Randle has become a more consistent offensive threat since the ball has been taken out of his hands. In other seasons, the Knicks often used him in a ball-dominant role. But because the squad added a more natural point guard in Jalen Brunson this past offseason, Randle now has less pressure to do it all on offense.

At 8-8, New York could also try to continue fighting for a playoff spot with its current core players. Only time will tell where Randle ends up by the end of the season.