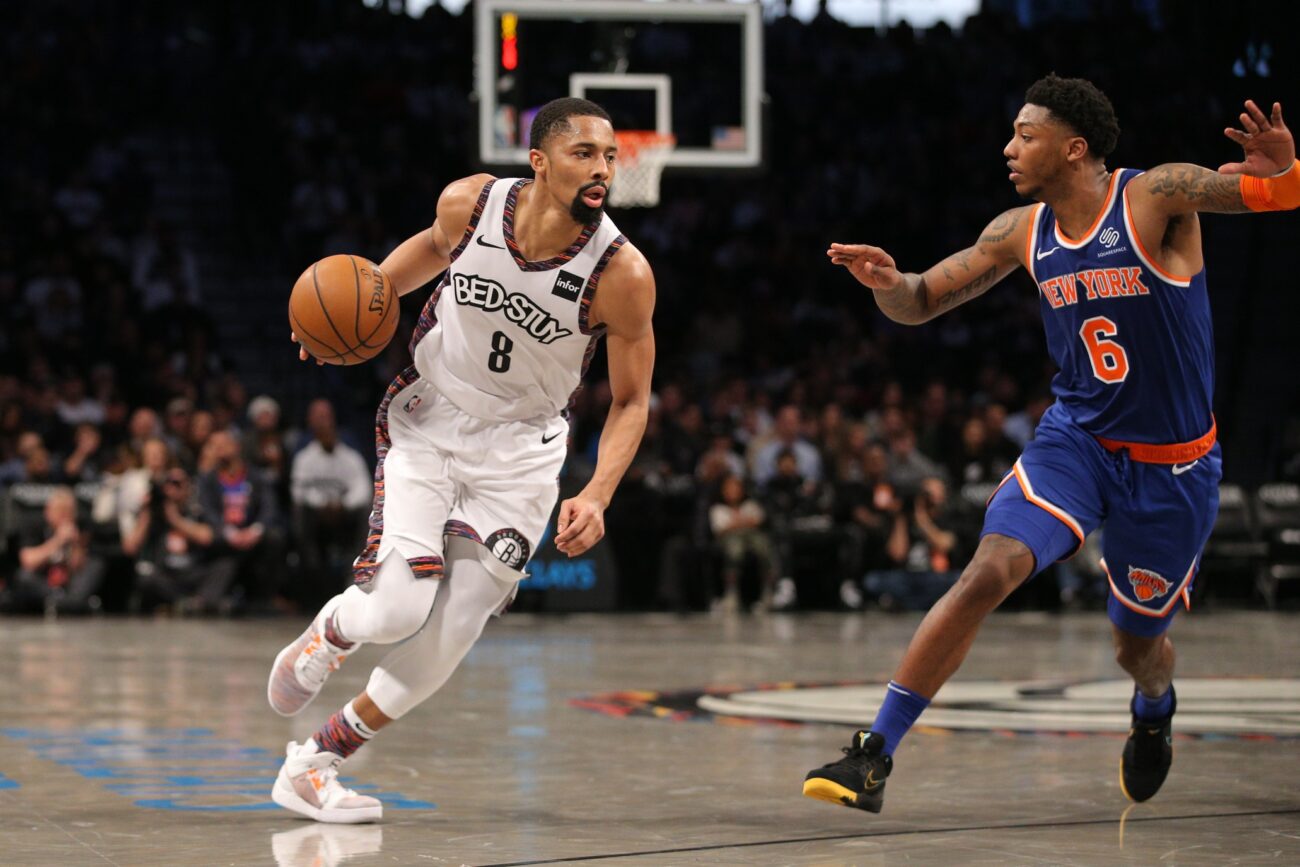 According to a recent report, the New York Knicks are expected to pursue Spencer Dinwiddie in free agency this offseason.

Knicks are expected to make a “real push” for Nets guard Spencer Dinwiddie.

An offer of $15-16M annually is the likely landing point, per source.

Dinwiddie is coming off of a frustrating 2020-21 season in which appeared in just three games for the Brooklyn Nets due to an ACL injury. He was missed, as the Nets’ playoff run ended prematurely in the second round.

Prior to this year’s lost season, Dinwiddie had increased his production every year of his NBA career. His last full campaign came in the 2019-20 season. That year, the guard averaged 20.6 points, 3.5 rebounds and 6.8 assists per game while shooting 41.5 percent from the field.

The point guard position was a weak area for the Knicks throughout the 2020-21 season, and with Derrick Rose and Elfrid Payton both set to hit free agency this offseason, the team desperately needs to address the position.

The addition of Dinwiddie would likely be a popular move among fans. He is one of the more underrated guards in the NBA today, and it sounds like he could come at a good value.

The hope would be that Dinwiddie is able to completely return to form despite the ACL injury.