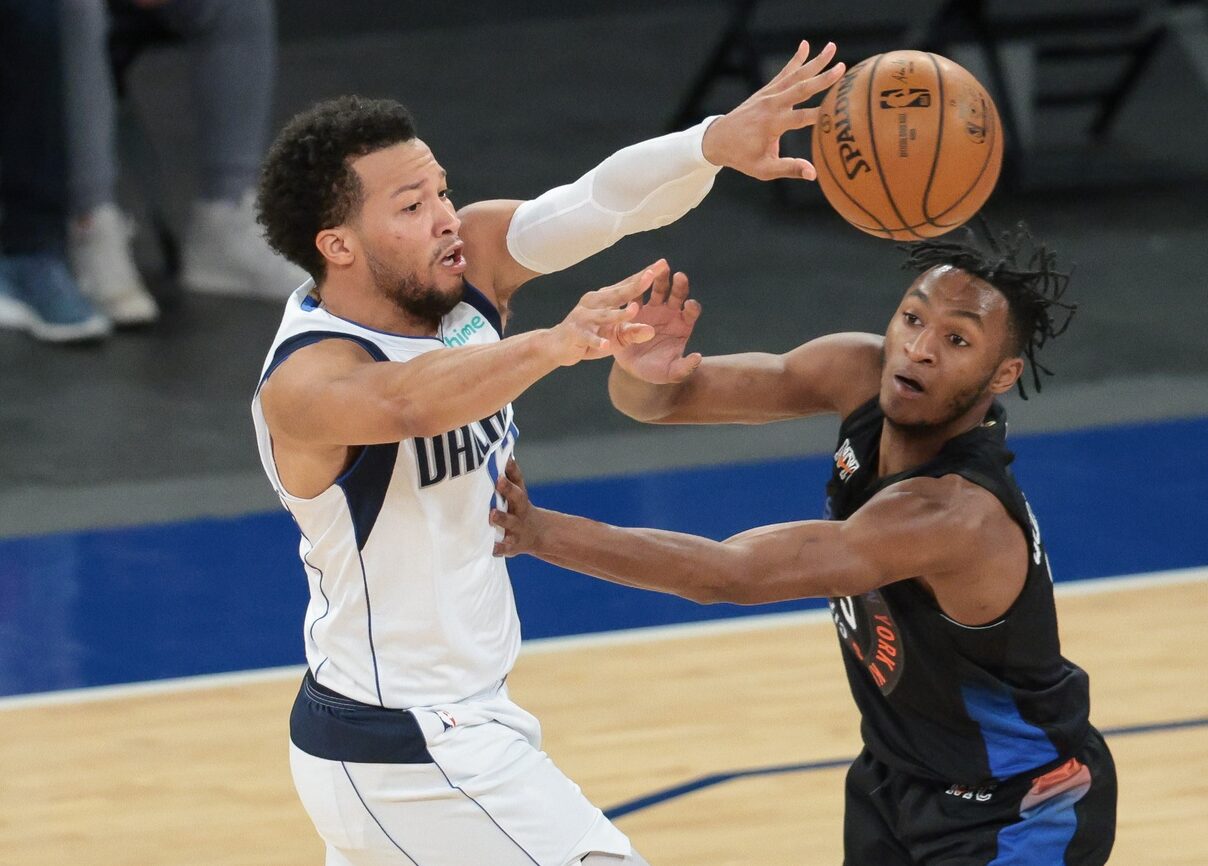 The New York Knicks reportedly “have had their eye” on Dallas Mavericks point guard Jalen Brunson.

“Villanova [University] stud point guard Jalen Brunson, who is emerging as a solid second-round steal for the Mavericks, is on the Knicks’ radar,” the New York Post’s Marc Berman wrote.

“Brunson, who scored 15 points with seven assists and five rebounds in a win over the Knicks on April 2, has a non-guaranteed year left on his pact. The Mavericks, whom the Knicks visit on Friday night, could let Brunson become a restricted free agent and match any offer this summer. Or they could let him become an unrestricted free agent in 2022.

“The guard is the son of former Knick Rick Brunson. The Knicks have had their eye on Jalen Brunson, whose father was one of Thibodeau’s assistant coaches with the Bulls and Timberwolves.”

Brunson has become a staple in the Mavericks rotation and is averaging 12.7 points, 3.6 rebounds and 3.5 assists per game this season.

What may be more impressive is the fact that Brunson is shooting 52.6 percent from the field and 39.2 percent from 3.

Brunson’s shooting ability and efficiency would certainly help a Knicks team that is likely to be in the market for a point guard this offseason.

Elfrid Payton and Derrick Rose are both set to become free agents, and while the Knicks could bring one of the duo back, they also could look elsewhere to fill the void.

The Knicks have reportedly also expressed interest in Lonzo Ball.

The Knicks will get a closer look at Brunson, 24, when they take on the Mavericks on Friday night in Dallas.