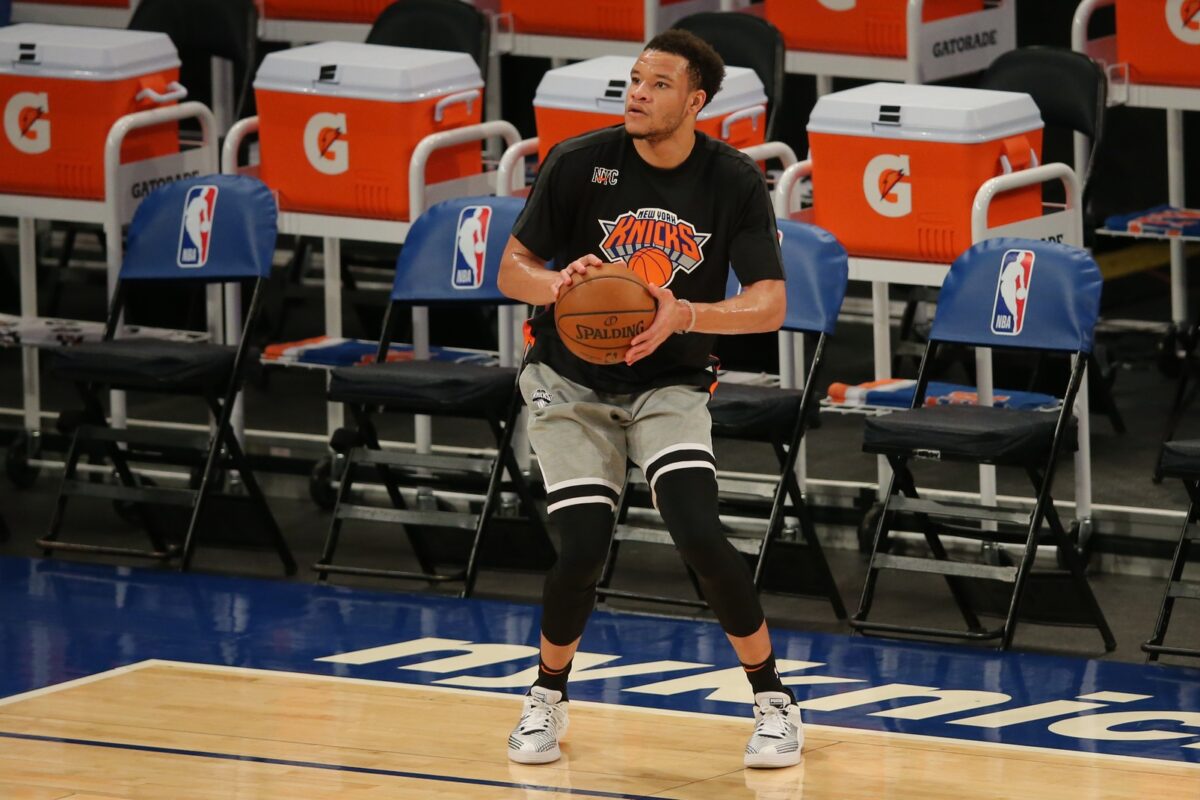 “The Knicks continue to make third-year forward Kevin Knox available, leading to speculation that he too could be involved in a hypothetical [Andre] Dummond trade,” wrote Sam Amico of FortyEightMinutes. “Drummond reportedly would welcome a trade to New York.”

The youngster’s best production came during his rookie campaign. He averaged 12.8 points and 4.5 rebounds per game during the 2018-19 season.

In recent years, Knox’s role with the Knicks has minimized. The University of Kentucky product is putting up a career-low 5.0 points and 1.9 rebounds in 15.1 minutes per contest this season.

The Knicks are linked to Drummond, who has generated a ton of trade interest. The two-time All-Star is collecting 17.5 points and 13.5 rebounds per game this season