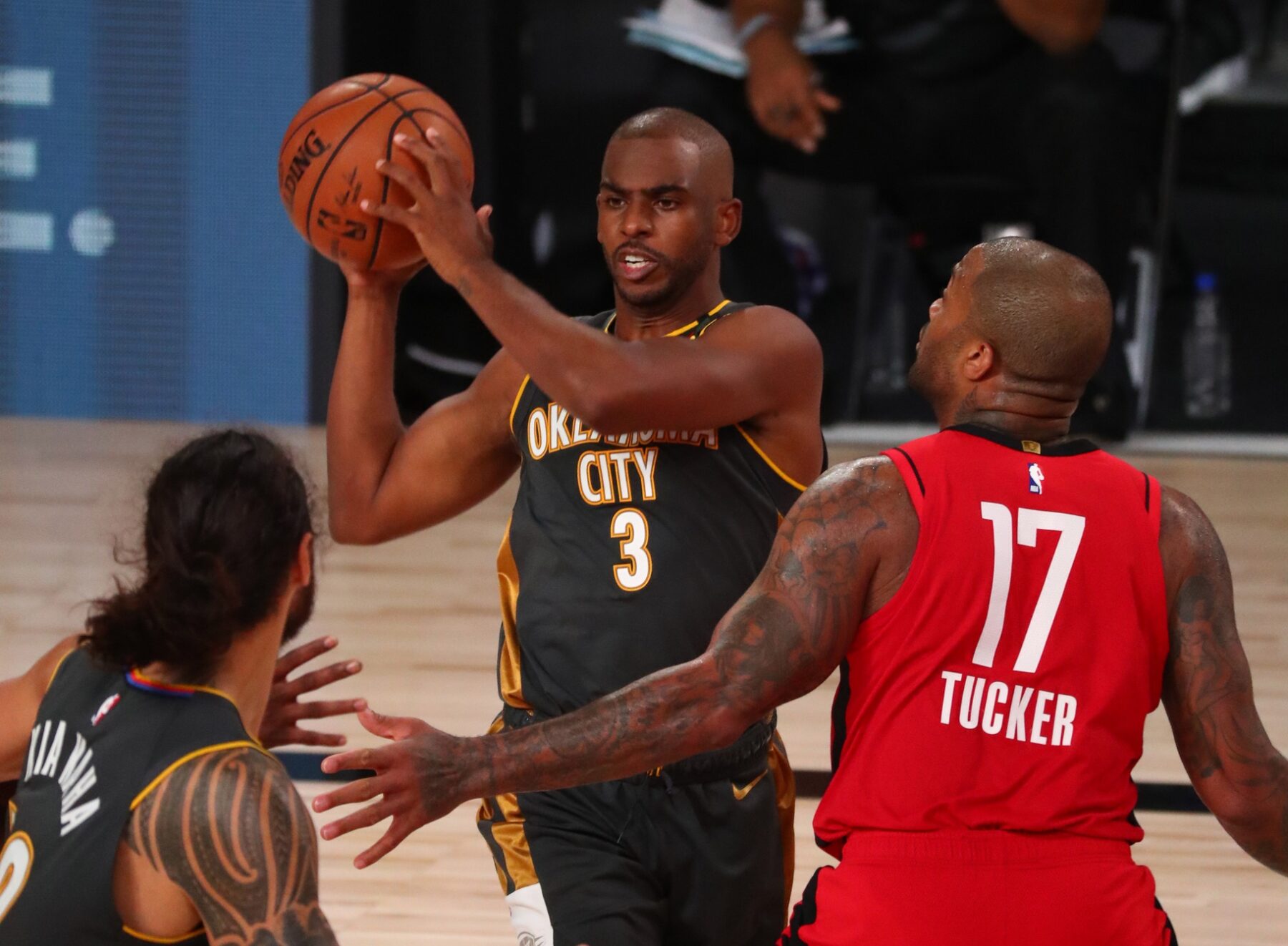 The New York Knicks have been desperately looking to land a star player for quite some time now. Chris Paul of the Oklahoma City Thunder could be their next trade target in the offseason with rumors starting to swirl.

Although Paul far exceeded expectations in a tough rebuilding situation with the Thunder, the team is expected to pursue trading the 10-time All-Star during the NBA offseason. The team has already mutually parted ways with head coach Billy Donovan, and the next order of business will likely be figuring out its next move with its star point guard.

On Wednesday, Paul was named to the All-NBA Second Team. He led the Thunder to the playoffs and helped force a Game 7 against the Houston Rockets in what turned out to be a thrilling playoff series.

Despite falling short to his former team, Paul proved he can still play at an elite level and could be quite valuable to a team like that Knicks. New York has a potential star in the making with R.J. Barrett, but no real direction or veteran to help lead this team.

The addition of Paul would likely be a step in the right direction for New York. However, it may not be enough even to make a push for the playoffs. A few more pieces will need to be added to come close to what Oklahoma City accomplished this season.