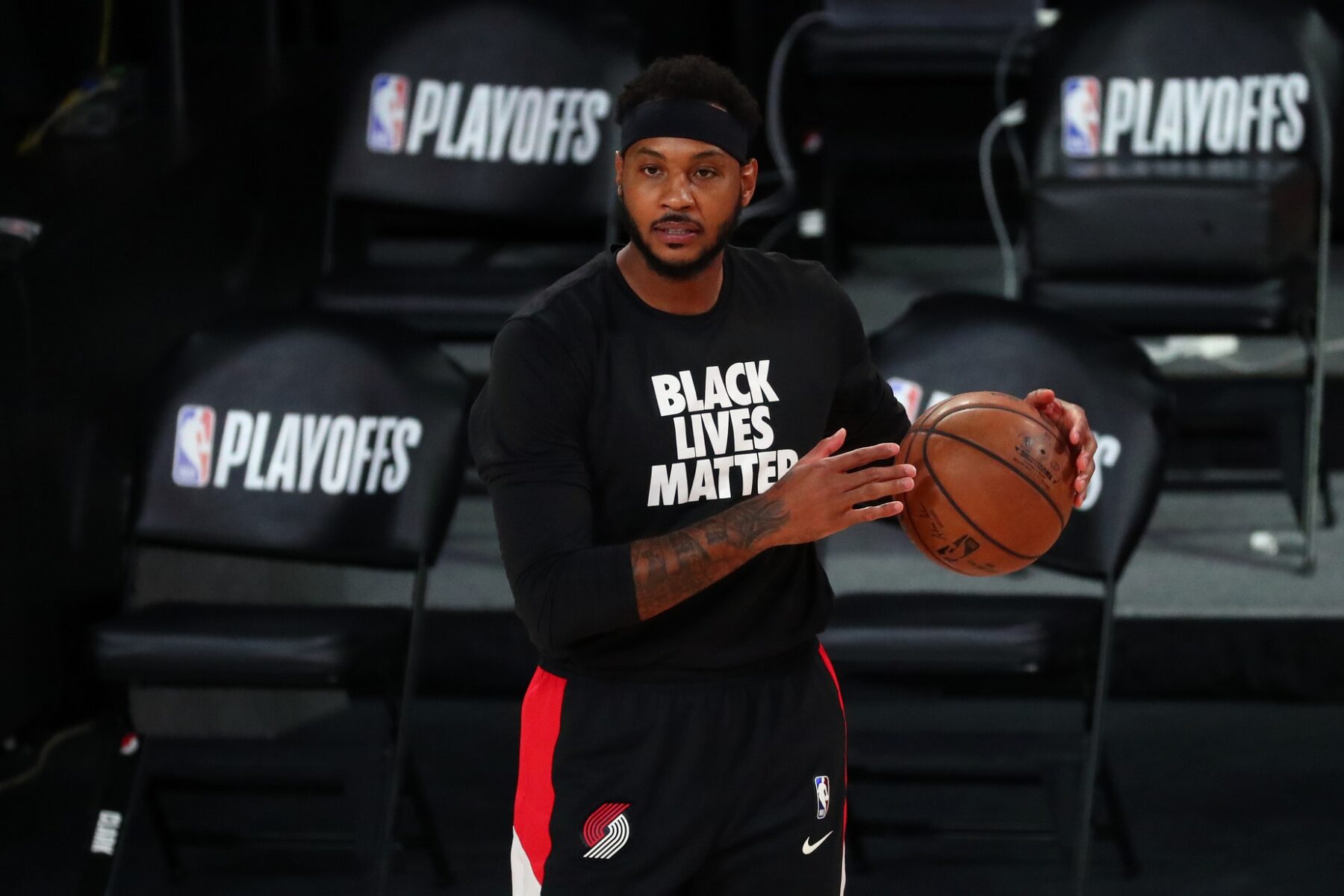 The New York Knicks will be as busy as any team in the NBA during this short offseason leading to the start of the 2020-21 season on Dec. 22.

The one player linked to the Knicks more than any right now is veteran point guard Chris Paul, and it appears that fellow veteran Carmelo Anthony could join his close friend in New York if a blockbuster trade with the Oklahoma City Thunder takes place.

“The Knicks still plan to pursue former star Carmelo Anthony, even if they can’t pull off a trade for his buddy, Chris Paul,” wrote Marc Berman of the New York Post. “The Post has reported Anthony would be eager to join the Knicks if they land Paul.”

After being waived by the Chicago Bulls and remaining in limbo longer than expected, Anthony signed with the Portland Trail Blazers last November to join forces with Damian Lillard and C.J. McCollum.

Although Anthony didn’t prove to be a game-changer for the Blazers, the veteran forward gave Portland another scorer while in the NBA bubble and showed he can still play even if he can no longer get it done at an elite level.

As for the Knicks, the storied franchises will try to shake things up this offseason, and adding both Paul and Anthony may do just that.