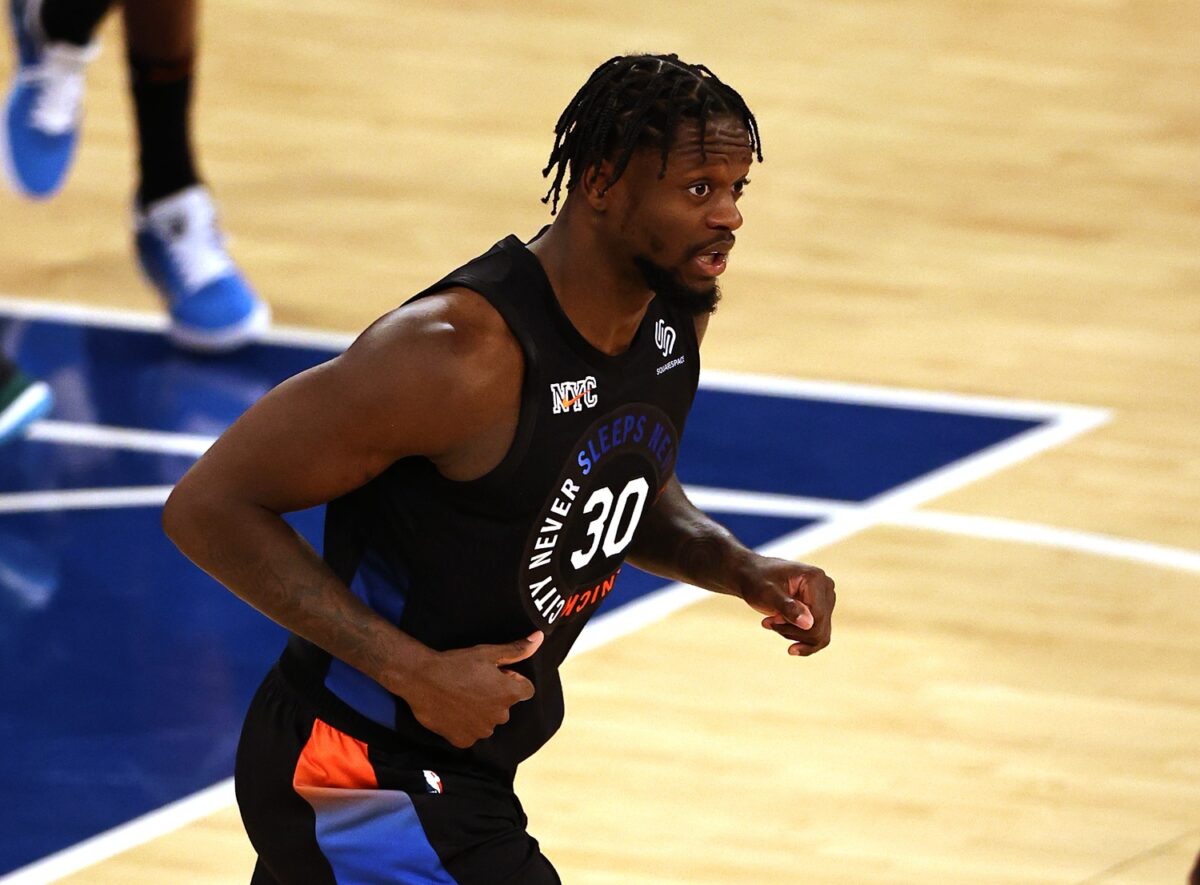 The New York Knicks were one of the biggest surprises this season, reaching the playoffs for the first time in eight years.

They were led by the standout play of forward Julius Randle, who was named an All-Star and won the NBA’s Most Improved Player award. During the regular season, Randle averaged 24.1 points, 10.2 rebounds and 6.0 assists per game while shooting 45.6 percent from the field and 41.1 percent from beyond the arc.

In the Knicks’ first-round series loss against the Atlanta Hawks, Randle struggled. His numbers dropped to 18.0 points and 4.0 assists per game on 29.8 percent shooting from the field and 33.3 percent from three-point land.

Despite Randle’s breakout campaign, one NBA executive does not believe the veteran is worthy of a max deal.

“I don’t believe Julius is a max guy,” the NBA executive told HoopsHype’s Michael Scotto. “He’s a good player, but definitely not a max guy in my opinion. I don’t think his season was a fluke. I think Thibs (Tom Thibodeau) and Kenny Payne are great for him, I just don’t think he is a max player.”

The 26-year-old currently does not have his $19.8 million salary for next season fully guaranteed, but given his play this season, it seems likely that it will become fully guaranteed soon. Randle would then become eligible for a four-year, $106.44 million extension that would start during the 2022-23 season, according to HoopsHype’s Yossi Gozlan.