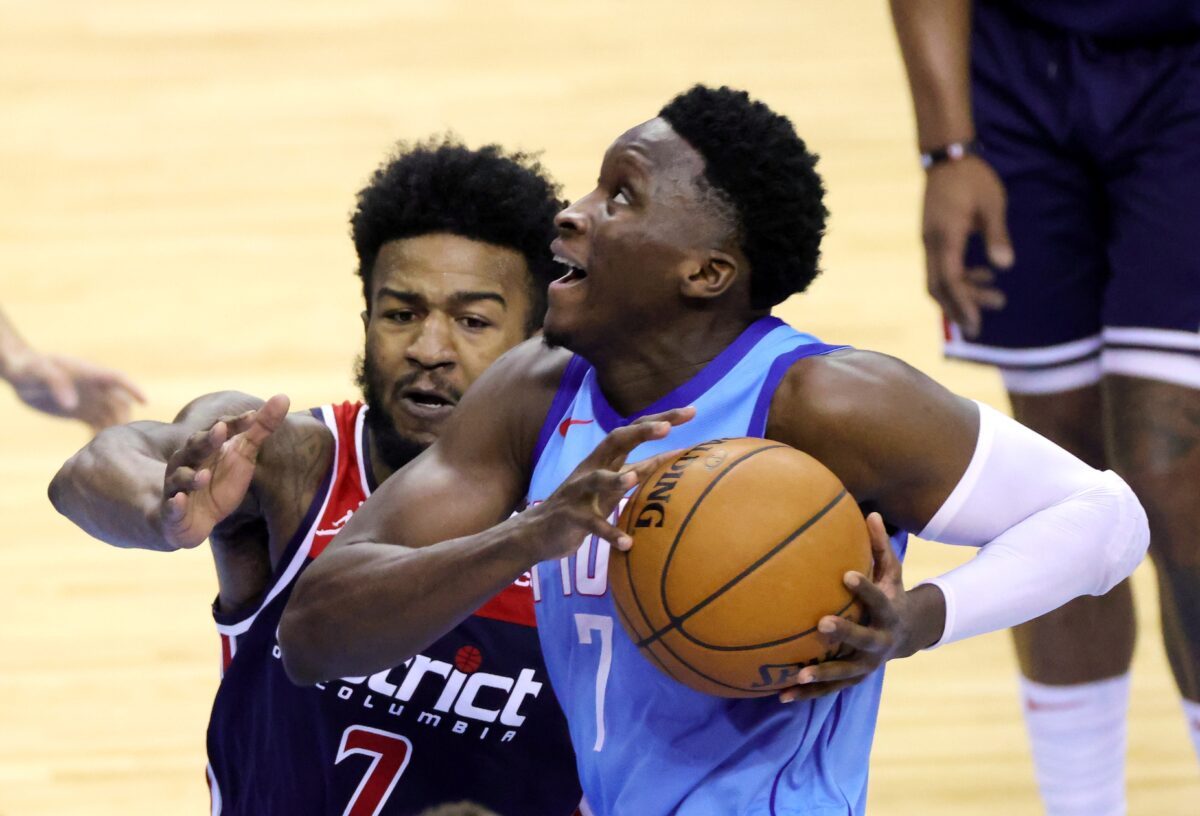 According to Bleacher Report’s A. Sherrod Blakely, the Knicks have been interested in the impending free agent.

“That’s why Houston Rockets guard Victor Oladipo will be a name to keep an eye on,” Blakely wrote. “The former All-Star has had a slew of injuries in recent years but is among the more talented two-way players when healthy. League sources say the Knicks are among the teams interested in Oladipo and will be closely monitoring the impending free agent’s play leading up to the deadline and beyond if he’s not moved by then.”

Oladipo was dealt by the Indiana Pacers to the Rockets in the four-team deal that sent James Harden to the Brooklyn Nets.

While the Knicks certainly could use another scorer to add next to Julius Randle and R.J. Barrett, it wouldn’t make much sense for the Knicks to give up assets for Oladipo at the trade deadline.

Since Oladipo is set to become a free agent, the Knicks could pursue him this coming offseason. However, if they want to push for the postseason this year, they might decide to make a move for the talented guard.