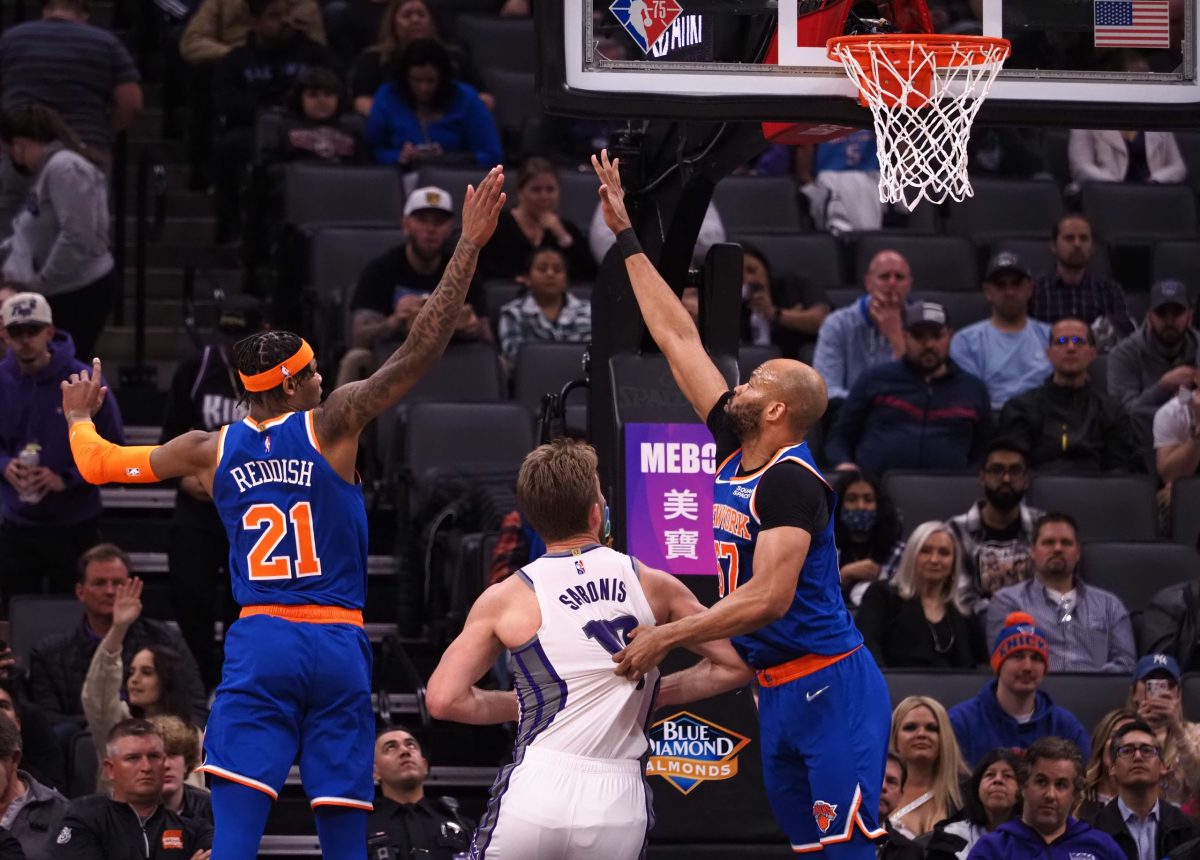 The New York Knicks are reportedly making a run at Dallas Mavericks guard Jalen Brunson this offseason, and they could move on from two players in order to make some room for him.

According to HoopsHype’s Michael Scotto, the Knicks could waive veteran big man Taj Gibson and look to trade wing Cam Reddish in order to free up cap space to sign Brunson this offseason.

“It’s also worth noting Cam Reddish, who’s owed nearly $6 million next season, could be on the move this summer to create more cap space. When the Knicks tried to trade for [Detroit] Pistons guard Jaden Ivey on draft night, Reddish was a part of the proposal, league sources told HoopsHype.”

The Knicks cleared some cap space on draft night, as they dealt guard Kemba Walker to the Pistons in a three-team deal that also involved the Charlotte Hornets. New York also could try to move guard Alec Burks to free up space to sign Brunson.

Brunson had a fantastic postseason for the Mavericks in the 2021-22 season, and it appears New York is trying to pry him away with a lucrative offer that the Mavericks may not want to match.

Last season, Brunson averaged 16.3 points, 3.9 rebounds and 4.8 assists per game while shooting 50.2 percent from the field and 37.3 percent from beyond the arc for Dallas.

The Knicks missed the playoffs in the 2021-22 season, and they could view Brunson as a quick fix to make the team a playoff contender once again in the Eastern Conference.