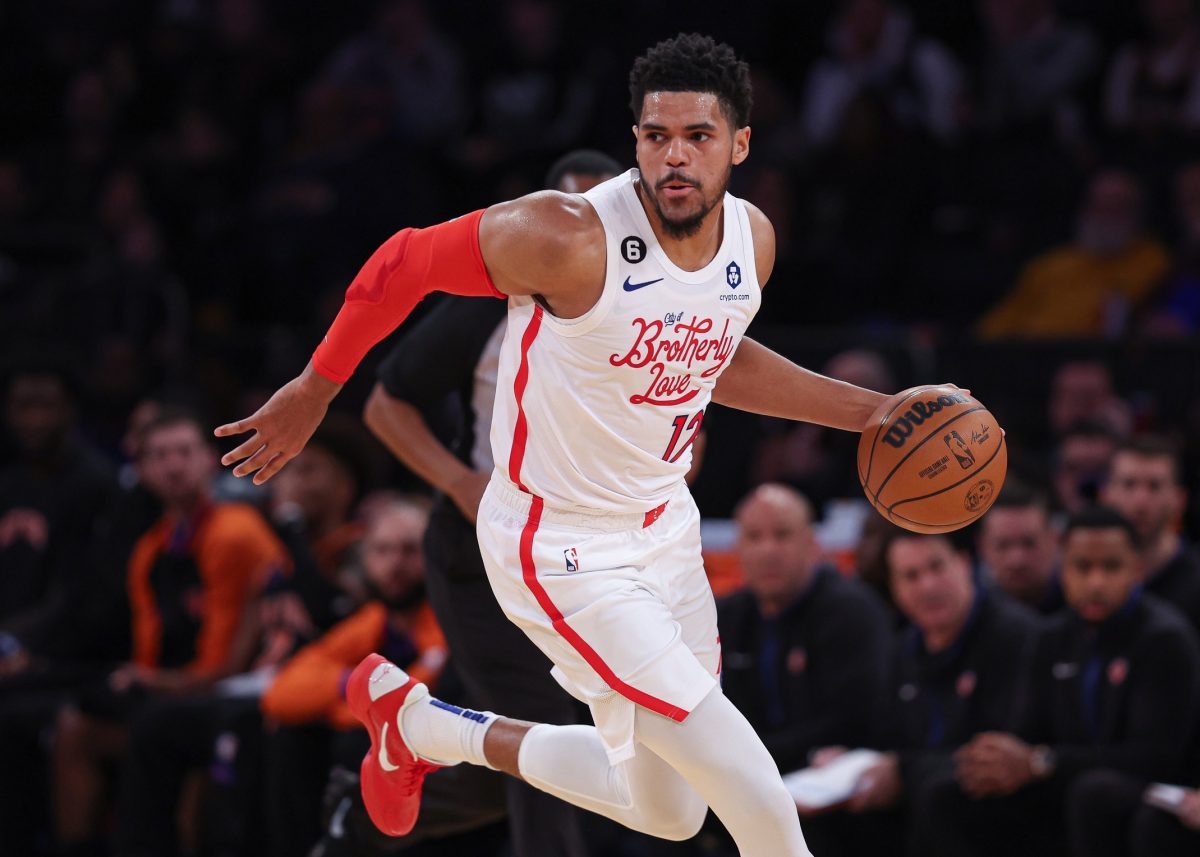 According to a report, the New York Knicks discussed the idea of trading for Philadelphia 76ers veteran Tobias Harris before New York went on its eight-game winning streak earlier this month.

It’s unclear if the Knicks are still thinking about making an effort to acquire Harris.

“One thing worth noting on the trade front is the Knicks at least talked internally about the idea of acquiring Tobias Harris via trade before their winning streak started,” NBA insider Ian Begley reported.

New York’s eight-game winning streak pumped some serious life into the squad’s season at a time when the team needed it most. Before the streak began, the Knicks had a 10-13 record. By the end of it, they were 18-13.

Unfortunately for New York, the squad has dropped its last three games and is now 18-16 on the season. But overall, the Knicks have to be pleased with the way they’ve played in the month of December.

A player like Harris would be a really interesting addition for the Knicks. The 30-year-old veteran is averaging 16.7 points, 6.2 rebounds and 2.8 assists per game for the Sixers this season while shooting 49.3 percent from the field and 40.5 percent from deep.

If the Knicks were to add someone like Harris, that would send an interesting message to the rest of the league about New York’s vision for this season and the 2023-24 campaign. Harris is under contract through next season.

As things stand now, the Knicks hold a playoff spot, which is a reality that didn’t seem very likely when the month began. New York is the No. 6 team in the Eastern Conference, holding a slim lead over teams like the Atlanta Hawks and Indiana Pacers.

The Knicks have just a few games remaining before the calendar flips to 2023, and all of them will come on the road. New York will close out the calendar year with a three-game road trip against the Dallas Mavericks, San Antonio Spurs and Houston Rockets.

The trade deadline is set for Feb. 9 this season. How the Knicks perform in the time leading up to that date will likely have a huge impact on the approach the organization takes at the deadline.

New York is still trying to win its first playoff series since the 2012-13 season.