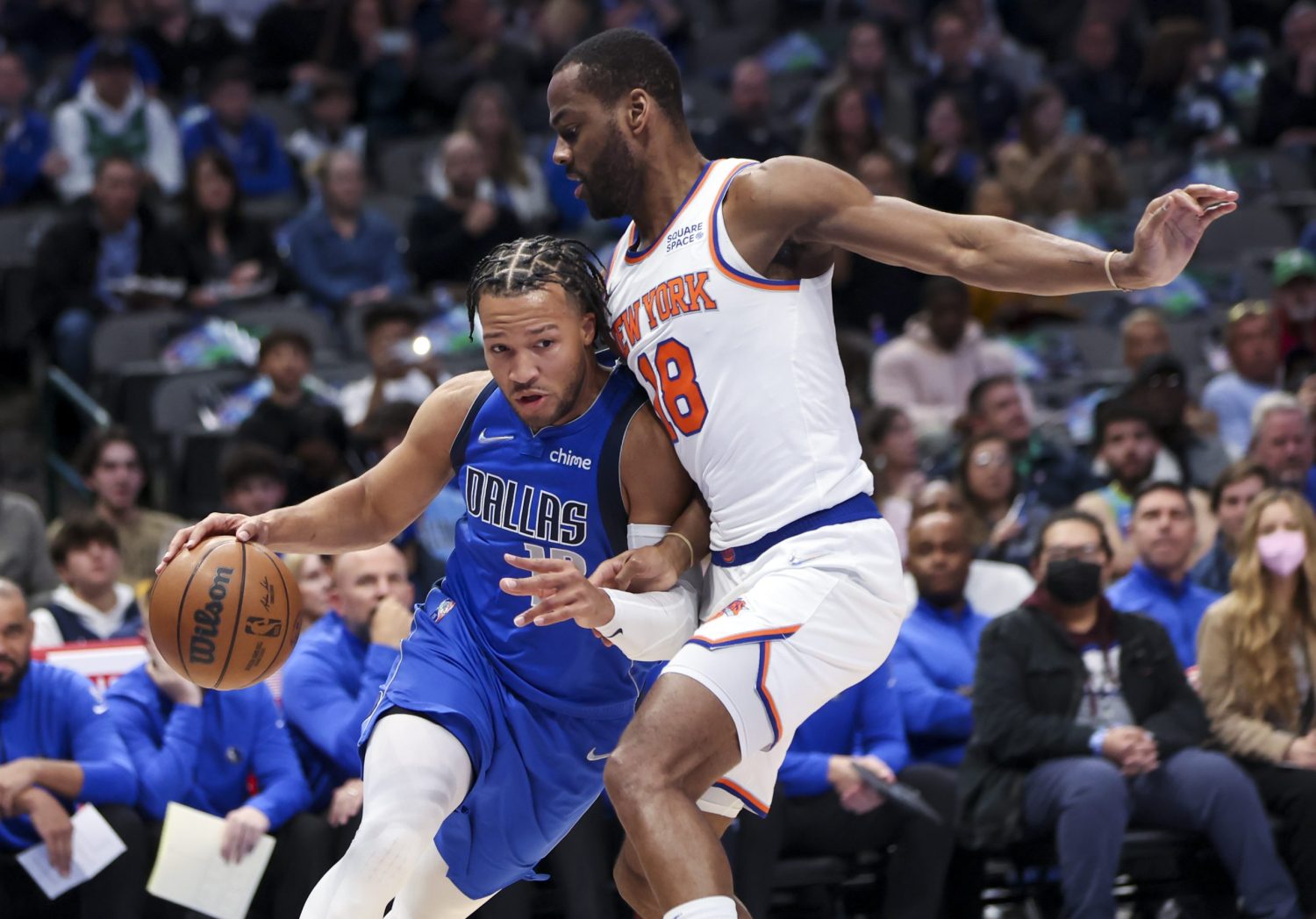 “Sources say that New York’s ability during Thursday night’s NBA Draft to offload Kemba Walker’s $9.2 million salary for next season, coupled with a growing belief that it can shed further salary to expand its offer when the marketplace officially opens next Thursday, has established the Knicks as a very credible threat to bring Brunson to Gotham.

“One source close to the process described that threat as ‘very, very, very real.’

“The Knicks are increasingly expected to assemble a four-year offer to Brunson valued in the $100 million range, sources said, after the former second-round pick (No. 33 overall in 2018) played out the final season of his first NBA contract at $1.8 million in 2021-22.”

The Mavericks have Brunson’s full Bird rights, which means they can go over the salary cap to re-sign him, but the Knicks appear poised to extend an extremely competitive offer to the shifty guard.

Last season, Brunson averaged 16.3 points, 3.9 rebounds and 4.8 assists per game while shooting 50.2 percent from the field and 37.3 percent from beyond the arc for Dallas.

He really increased his value in the free-agency market with a strong showing in the playoffs, as Brunson put up multiple high-scoring games with Luka Doncic out of the lineup.

The Knicks clearly believe that Brunson is the answer to their issues at the point guard position after struggling to find a consistent answer in the 2021-22 season.

After earning the No. 4 seed in the Eastern Conference in the 2020-21 season, the Knicks missed the playoffs last season. They are hoping that Brunson can bring a steady presence to their offense and lead them to the playoffs if they can pry him away from Dallas in the offseason.