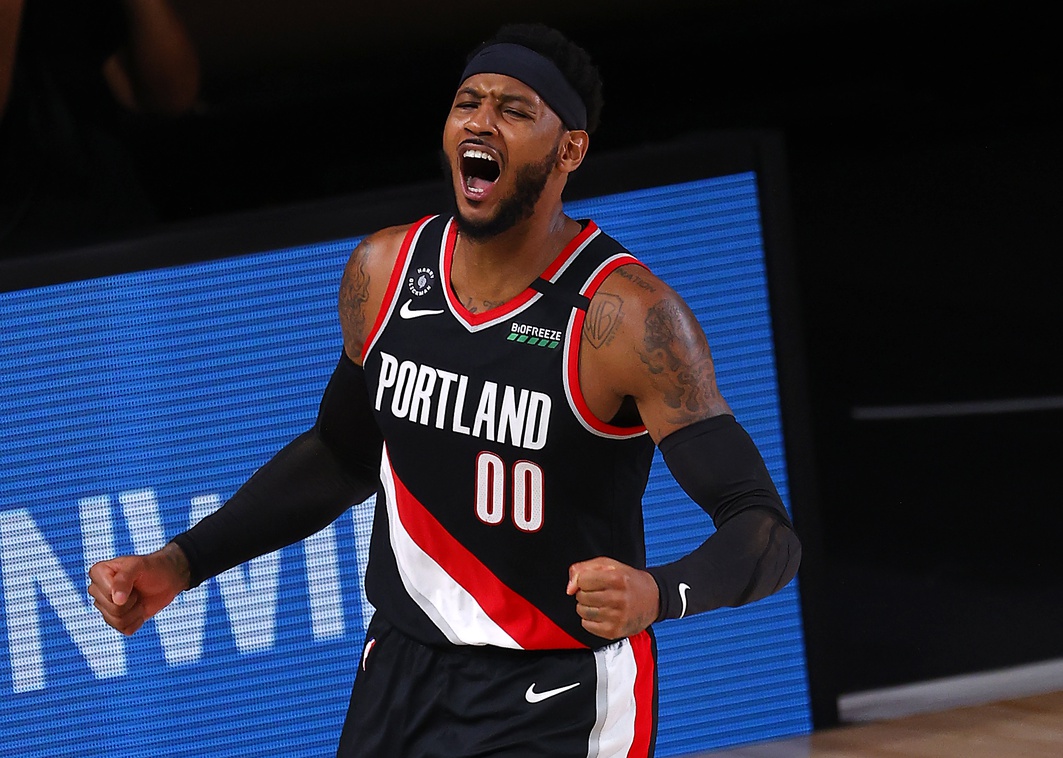 Portland Trail Blazers forward Carmelo Anthony could be on the move this offseason.

The veteran signed a one-year deal with Portland this season, but after a strong campaign, Anthony could have a number of suitors this coming offseason.

Apparently, those suitors could include Anthony’s former team, the New York Knicks.

“According to sources, Anthony has been on [Leon] Rose’s radar ever since he took over the presidency in early March. Rose is Anthony’s former top client at Creative Artists Agency,” the New York Post’s Marc Berman wrote. “Other connections include Anthony lobbying for Thibodeau to become Knicks coach in 2014 and the newly hired assistant Woodson getting Anthony to play his best two-way ball in the 2012-13 season.

“It also makes sense because the Knicks have no clear starting small forward. The Knicks also need an outside-shooting forward after Julius Randle regressed from deep last season.”

Anthony stated his desire to remain in Portland after it was eliminated by the Los Angeles Lakers in the first round of the playoffs.

While the Knicks may make a run at Anthony, who starred there from 2011 to 2017, it is quite possible he remains with the Blazers.

Anthony had a career-saving season this year, averaging 15.4 points, 6.3 rebounds and 1.5 assists per game.