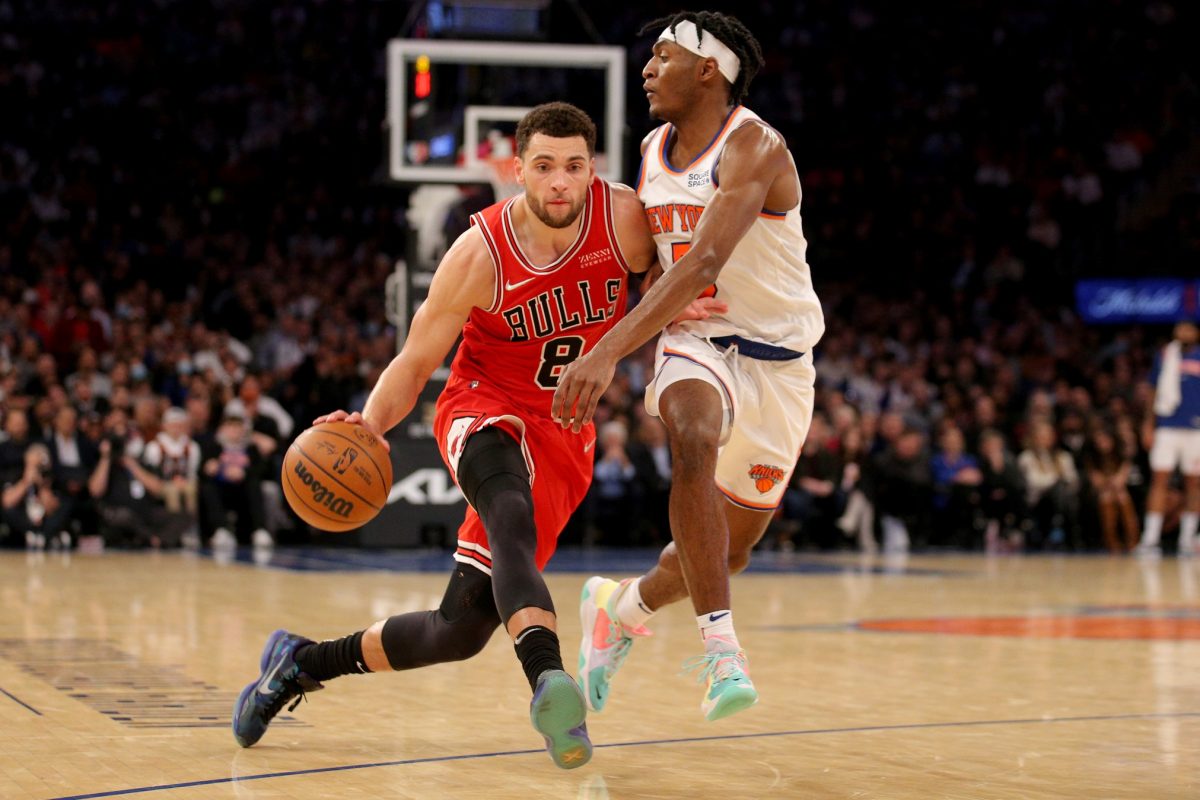 The New York Knicks reportedly are monitoring the Chicago Bulls’ trade pieces this season, although the Bulls haven’t made star Zach LaVine available at this point.

“The Knicks will be watching Chicago,” ESPN’s Adrian Wojnarowski said. “Is Zach LaVine a player who before the deadline possibly could become available? He certainly isn’t now.”

It makes sense that the Knicks will be in the market for a star player at the trade deadline after they missed out on Donovan Mitchell this offseason. New York is looking to pair a star with Jalen Brunson, who has been extremely solid for the team after signing in the offseason.

The Knicks have a boatload of draft picks that they could use to entice a team into a deal, and they also have several young players that could be made available in a trade.

The Knicks ultimately decided that Utah’s asking price for Mitchell was too much, but the team may be more willing to part ways with RJ Barrett, Immanuel Quickley, Obi Toppin, Cam Reddish or Quentin Grimes after losing out on Mitchell.

If the Bulls do end up blowing things up and making LaVine available, they’ll likely want some combination of picks and those players from New York.

Chicago is in a tough spot at the moment, as the team has several veterans (LaVine, DeMar DeRozan and Nikola Vucevic) that would be coveted in the trade market if the team decides to blow things up, but the Bulls are still hoping to win this season.

After finishing with the No. 6 seed in the East last season, Chicago has taken a bit of a step back this season, starting 10-14. Vucevic is a free agent at the end of the 2022-23 season, so the Bulls have to figure out the future of the franchise to make sure they don’t lose him for nothing in free agency.

The Knicks are likely going to be one of many teams interested in how Chicago proceeds this season and at the trade deadline.

New York has won back-to-back games heading into its matchup on Friday with the Charlotte Hornets. With Julius Randle and Brunson playing well, New York’s playoff hopes are certainly alive at this point in the season.