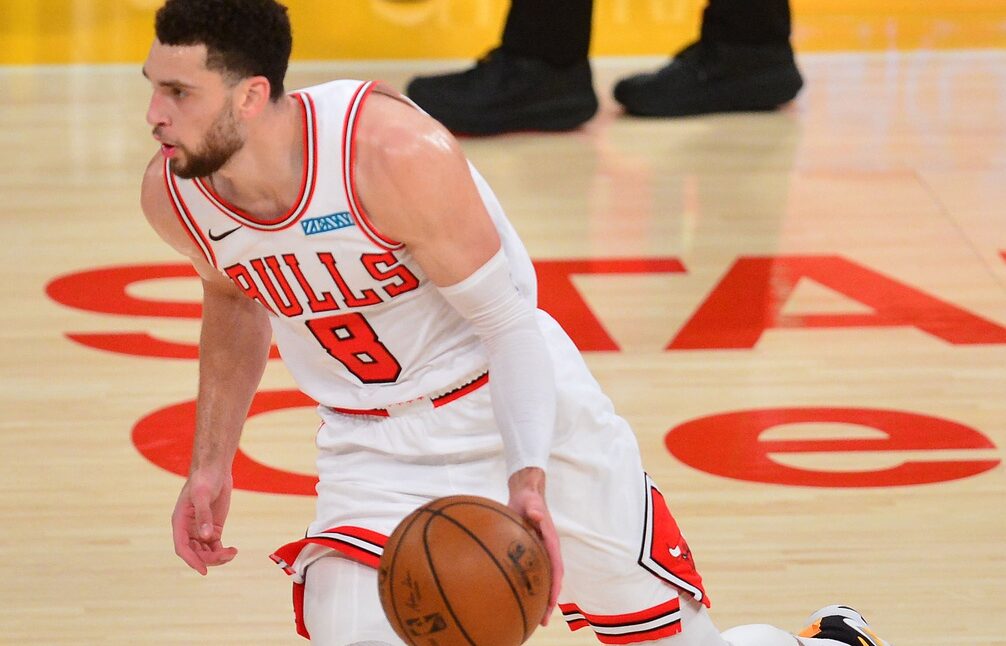 The New York Knicks reportedly are “keeping an eye” on Zach LaVine and his situation with the Chicago Bulls.

According to SNY’s Ian Begley, the Knicks have been interested in LaVine since the summer and will be ready if Chicago starts to listen to offers for its star guard.

“But as the 2021 trade deadline approaches, the Knicks are still keeping an eye on LaVine’s situation in Chicago, per SNY sources,” Begley wrote.

“LaVine can be a free agent in 2022. So you can be sure that the Knicks are among many teams monitoring the dynamic between the Bulls and their young star. It’s unclear if Chicago is open to listening to offers on LaVine, who will likely command a max contract as a free agent.”

The Knicks have been a surprise this season, as they currently are 9-11.

If New York feels that LaVine is the missing piece, it could try to use some of its assets to acquire the scorer.

However, with the Bulls currently at 7-10, it doesn’t seem likely that they’d deal LaVine just yet.