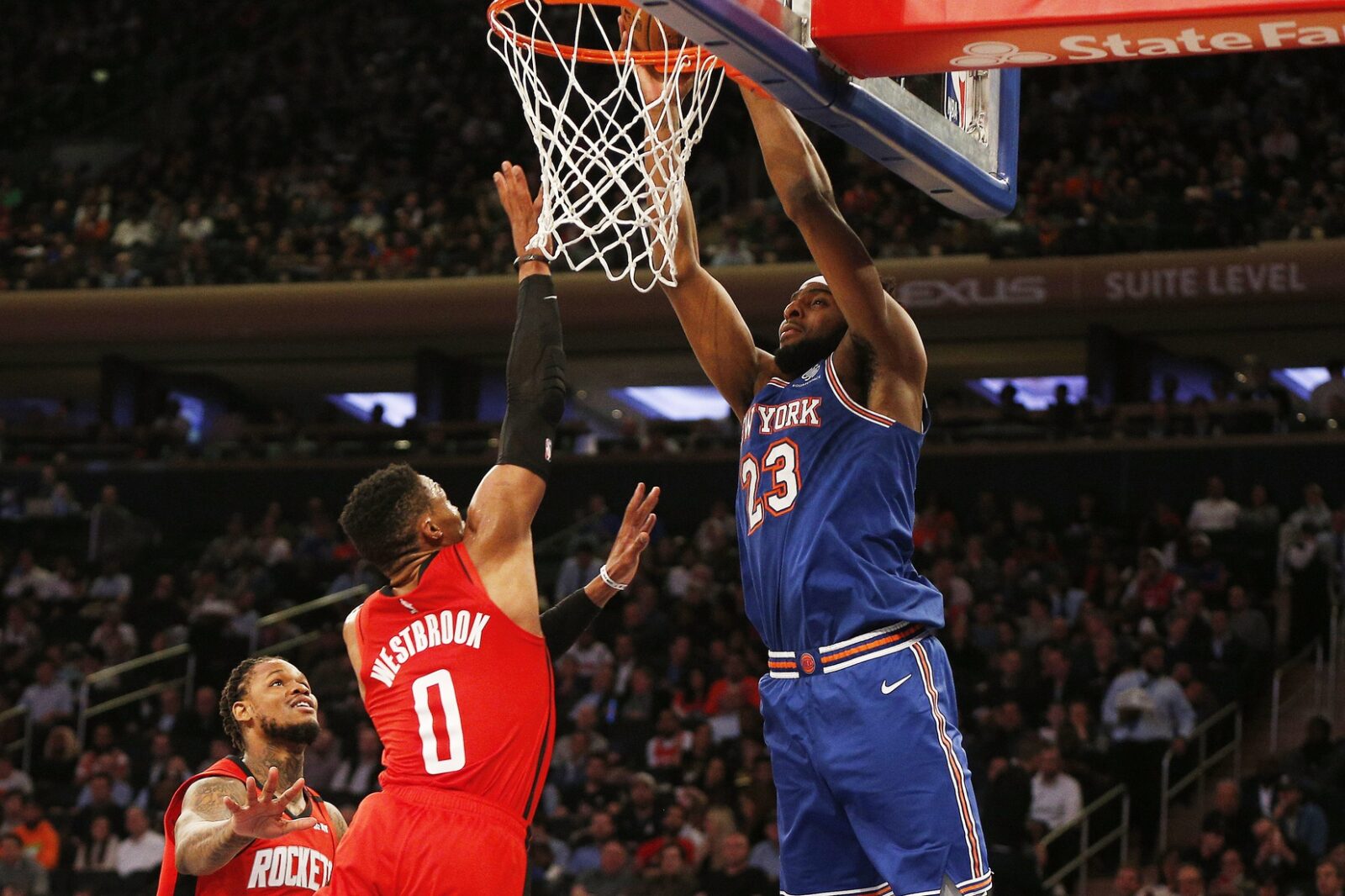 The New York Knicks are going through a culture change with Tom Thibodeau at the helm as the team’s new head coach.

With the team going through a transformation of sorts, Mitchell Robinson’s commitment has been put into question.

“Perhaps it’s no coincidence Thibodeau used the terms ‘professionalism’ and ‘discipline’ when describing Robinson’s areas that require growth,” wrote the New York Post‘s Stefan Bondy. “It certainly applies to on the court, where Robinson misses rotations and commits touch fouls. There have also been questions about his commitment, specifically regarding Robinson’s experience with the Team USA Select Camp in 2019. Robinson arrived late – ‘there were all kinds of problems getting him to Vegas,’ a Team USA source said — and left a poor impression on coaches and staff, according to sources.”

In 61 games with the Knicks last season, Robinson averaged career-high numbers with 9.7 points and 7.0 rebounds per game. He also shot an impressive 74.2 percent from the field, which led the NBA in that category.

The real question moving forward is whether Thibodeau and the front office in New York are willing to deal with Robinson’s character issues despite his obvious potential.

Last season, the Knicks finished with a 21-45 record before the 2019-20 campaign was suspended.