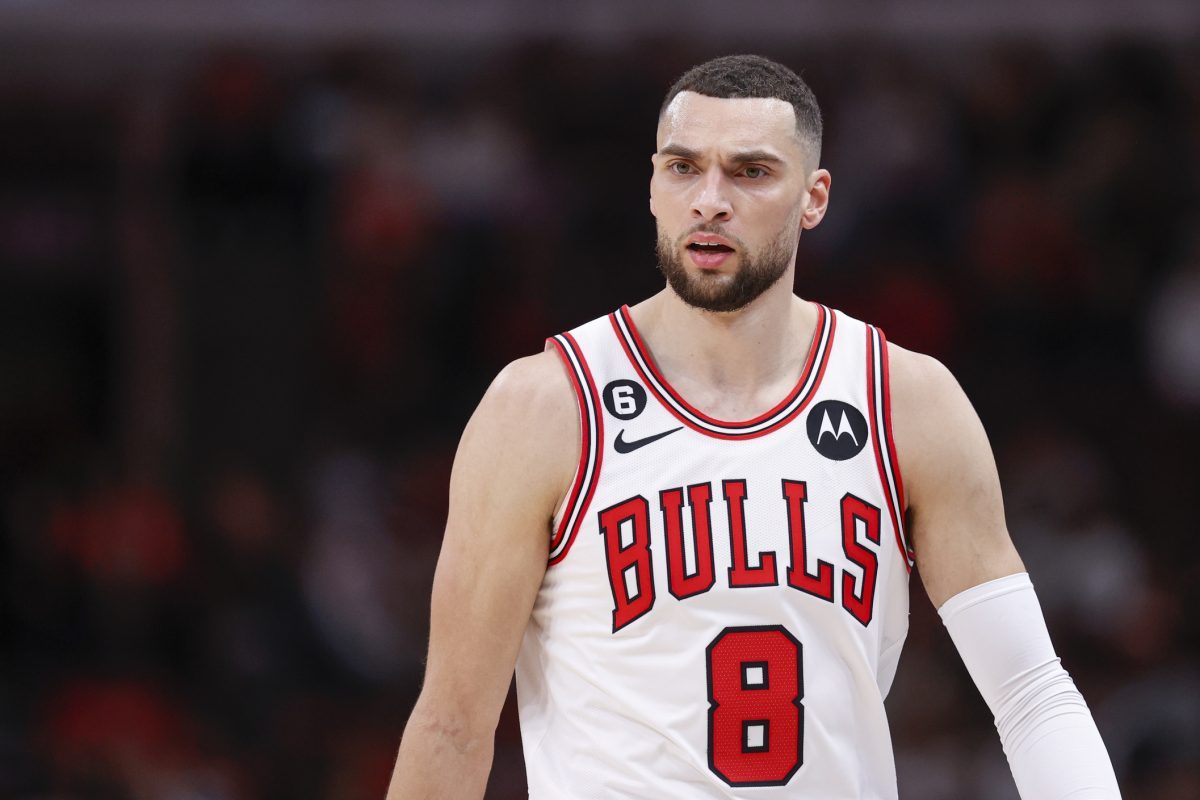 The Chicago Bulls could be sellers leading up to the Feb. 9 NBA trade deadline, and that means that star guard Zach LaVine could be on the move.

The Bulls have not been able to enjoy much success so far this season and are currently the No. 11 seed in the Eastern Conference with a record of 16-21.

If the Bulls do decide to blow it up by trading away some key pieces, the New York Knicks are expected to be in the running for LaVine.

“They tried to get Donovan Mitchell,” said NBA insider Michael Scotto. “They’ve got their eyes on Zach LaVine. They’re monitoring him, they’re looking for the star that’s going to become available, which I think is, of course, they’re going to do that. But at the same time, from a negotiating standpoint, any team that’s got a star that is willing to put them on the market and talk to the Knicks is going to try to squeeze them like an orange in Tropicana orange juice, you’re going to get it all out with no pump. That’s what you’re going to want and the Rudy Gobert trade screwed up everything for everybody.”

The Knicks made a big splash in free agency during the 2022 NBA offseason when they signed guard Jalen Brunson.

They’re clearly interested in adding more talent, and their relative success so far in the 2022-23 season is likely only adding to the sense of urgency to get a deal done.

In December, the Knicks went on an impressive eight-game winning streak to bring their overall record to 18-13.

A five-game losing streak then brought the team back to .500. However, the team is now back to two games over .500 thanks to a current two-game winning streak.

New York would make the play-in tournament if the season ended today. The squad is also just one game back of a playoff spot in the Eastern Conference.

If the team can keep winning at a relatively high rate, there will only be greater confidence when it comes to making a trade and trying to win now.

Only time will tell if the Knicks are able to get it done and execute a big splash prior to the deadline, which is set for Feb. 9.