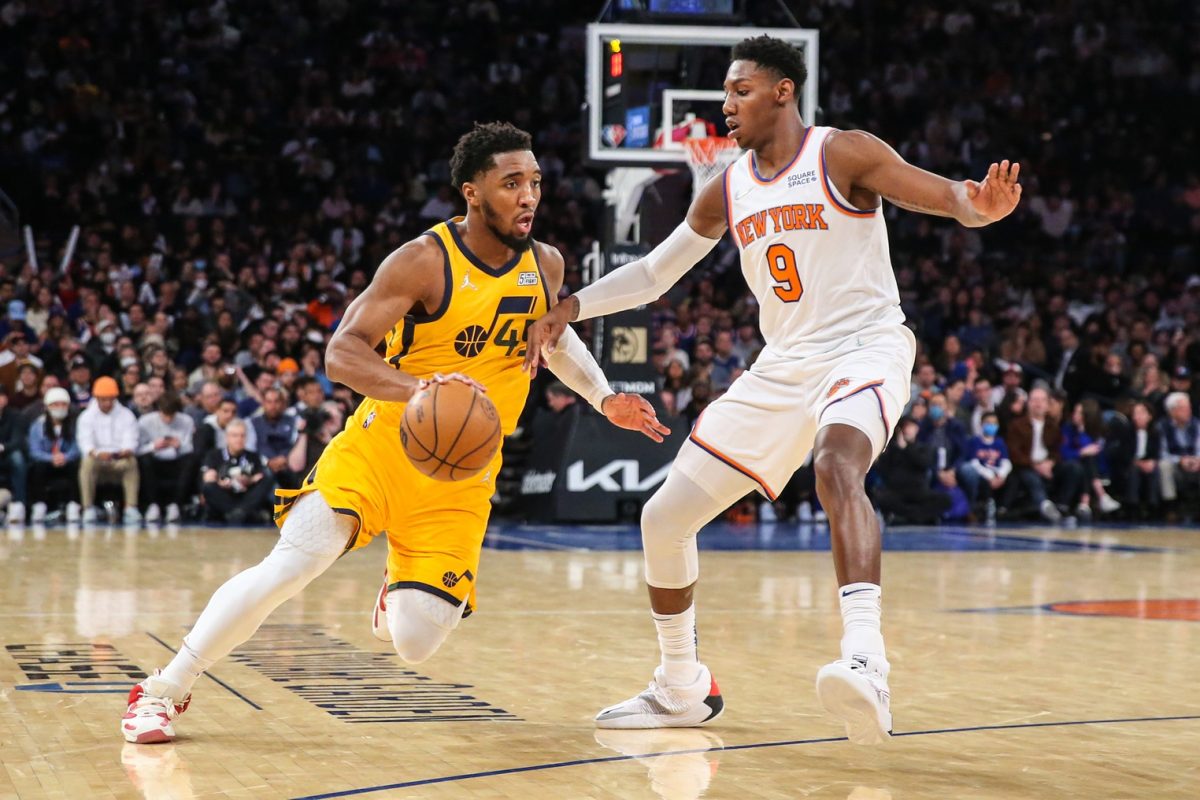 The agreement complicates the team’s pursuit of Utah Jazz All-Star guard Donovan Mitchell because of the poison pill provision that is in Barrett’s deal.

Here’s an example of the poison pill restriction and the impact it has.

One column works and the other doesn’t.

Video coming to explain this pic.twitter.com/TCRJXBGQfD

“For trade purposes, the poison pill is computed with a formula that would put the Knicks’ outgoing salary for a Barrett trade at $10.9 million but require the incoming salary for a team acquiring him to be $26.2 million,” explained ESPN’s Adrian Wojnarowski. “The restriction will be lifted next offseason July 1.”

To the surprise of few, the Jazz reportedly wanted Barrett included in any deal for Mitchell alongside a plethora of draft picks. Some people on both sides of the talks seemingly viewed the Duke University product as the “linchpin” in any potential trade.

“The Knicks and Jazz will almost certainly re-engage on Mitchell trade talks prior to training camp,” wrote Ian Begley of SNY.tv. “But, based on where talks stood previously, it will be difficult to get a deal done without Barrett. Some people on both sides of the talks felt that Barrett was a linchpin to any potential deal.”

It’s not difficult to understand why the Jazz would want Barrett in exchange for Mitchell. Dealing away the three-time All-Star would mean starting a full-on rebuild, and Barrett would be a solid piece to build a new team around.

During his time in the league, the No. 3 overall pick from the 2019 NBA Draft has shown that he has a bright future ahead of him.

Last season, he averaged 20.0 points, 5.8 rebounds and 3.0 assists per game while shooting 40.8 percent from the field and 34.2 percent from beyond the arc. While his efficiency took a bit of a hit, he still showed out in many games, including a great 46-point outing against the Miami Heat in February.

While things are on hold right now, it wouldn’t be a surprise to see Mitchell playing for the Knicks at some point this season. The Knicks are the team that has been most often linked to him this offseason.

It’s a waiting game now, and only time will tell what ends up happening.