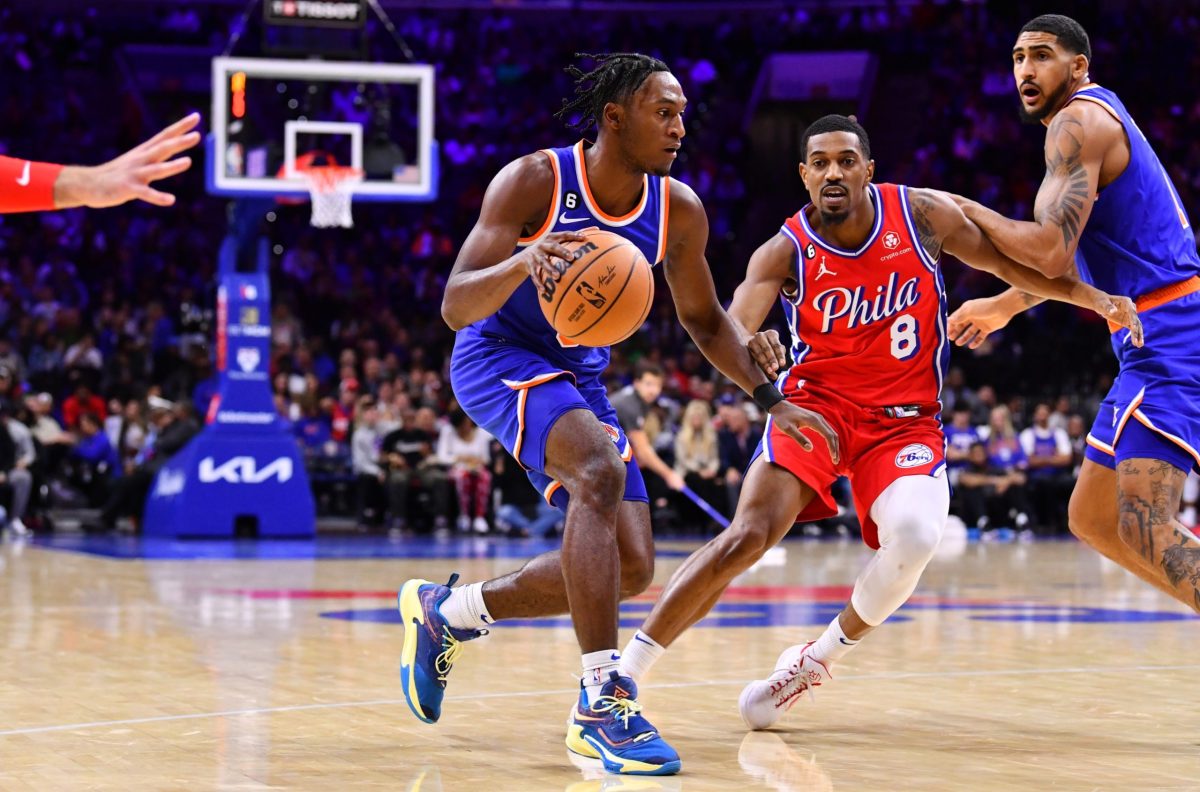 Though New York Knicks point guard Immanuel Quickley has flashed a lot of talent this season, he is not currently in the starting lineup and averaging just 22.8 minutes per game.

Because of that relatively low level of usage, teams around the league might be poking around and seeing if Quickley is available for cheap.

The Knicks have seemingly made it clear that they are not interesting in selling Quickley for pennies on the dollar and signaled that they are interested in receiving a first-round pick in return for the University of Kentucky product.

“Whatever the specific reasons the Knicks have for listening to offers on Quickley, remember how moves of the past have fit into Plan A,” Fred Katz of The Athletic wrote. “The Knicks churned the 19th selection in 2021 into a future first-rounder because, at the time, they believed the hopes and dreams that draft picks represent would be more attractive in a trade for a star than the certainty of an actual human, which is what they would have had if they’d drafted at No. 19. According to sources around the league, the Knicks have targeted a future first-round pick in a return for Quickley, who is extension-eligible this upcoming summer.”

Quickley has decent stats so far this season, averaging 9.1 points, 4.6 rebounds and 3.2 assists per game. He is not known as an immensely efficient player, though, and has career shooting percentages of 39.2 percent from the field and 36.0 percent from deep.

While his efficiency has dropped since his rookie season, his defensive ability has improved greatly. He helps his team when he is on the floor despite the fact that he is only playing a support role at the moment.

So far this season, the Knicks have looked good but not great. They’re sitting exactly at .500 at the moment with a 9-9 record.

Their next contest comes on Friday against the Portland Trail Blazers. They will then have games against the Memphis Grizzlies, Detroit Pistons and Milwaukee Bucks.

Though the Knicks could potentially compete for a playoff spot this season, many don’t expect them to challenge for a championship. In order to do that, they’ll have to find a way to add more star talent either through free agency, trades or the draft.

Getting another first-round pick to play around with could definitely help them in that pursuit.

So, while a Quickley trade doesn’t seem like a full guarantee, it does seem as though his name is one to keep an eye on as the season continues on.