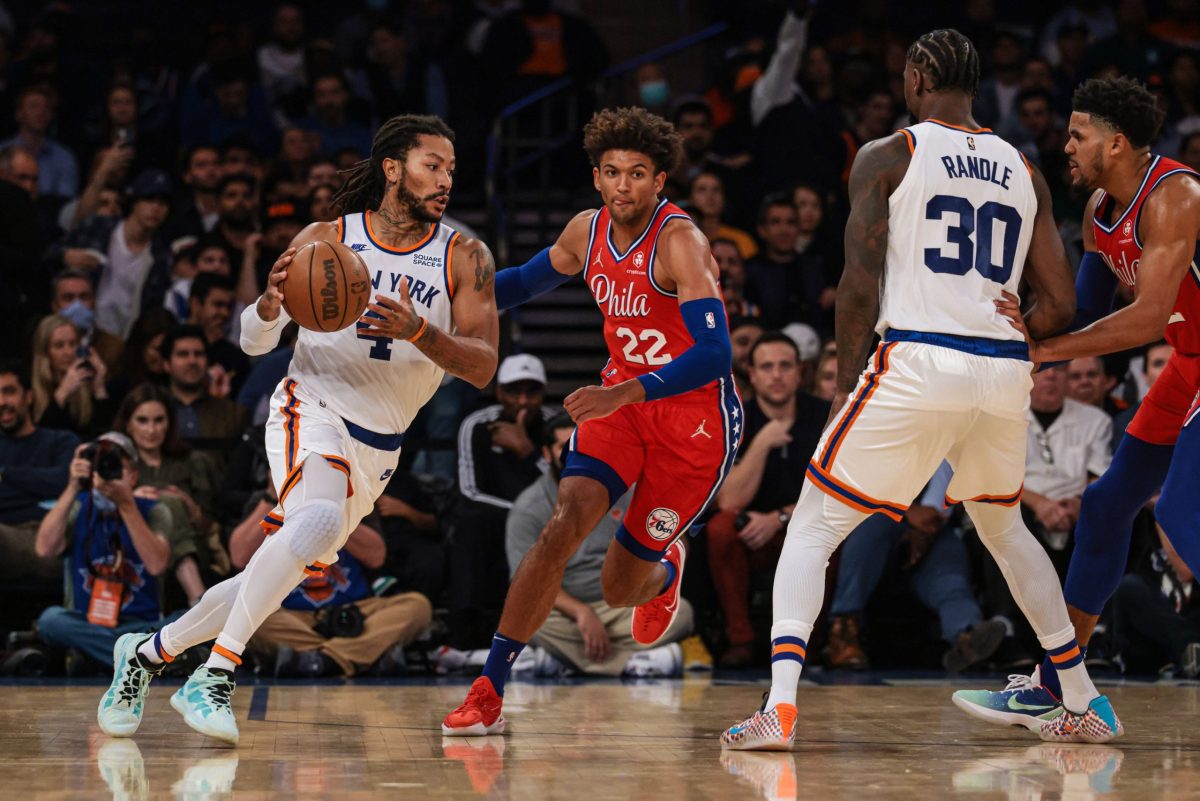 The New York Knicks have been playing decently early in the season, standing at 9-7 after 16 games.

If the playoffs started today, they would have the No. 5 seed in the Eastern Conference. However, some of the players are apparently unhappy with how the team’s offense has played out so far.

After New York’s tough win against the lowly Houston Rockets on Saturday, Knicks insider Ian Begley reported that “a couple of top players” are frustrated with the lack of offensive cohesion among the team’s starting five.

“But, you can’t ignore what you saw early on in this game against Houston, the worst team in the NBA,” said Begley. “The Knicks scored 13 points in the first quarter, and it wasn’t a first quarter where Houston was defending particularly well or shooting the lights out. It was just bad Knick offense, and it was another example of the starters not gelling, not looking in rhythm together on the floor.

“This has been a pretty recurring theme for the Knicks so far early in the season. It’s interesting to note that a couple of top players have privately expressed some frustration about how things are playing out on the offensive end. It doesn’t take a rocket scientist to figure out why they might be frustrated because the offense just doesn’t look great with the first five on the court.

“Does Tom Thibodeau make a change to the starters? Do they just start to play better because they’ve shared the court for longer, getting more experienced with each other? We’ll find out Sunday when the Knicks take on the [Chicago] Bulls in Chicago. Then they start a really tough six-game stretch for themselves. So, big stretch coming out for the Knicks whose offense continues to struggle.”

Last season, New York made the postseason after a seven-year absence. The organization definitely wants to get back to the playoffs again this season and perform better than it did last year when it lost in the first round to the Atlanta Hawks.

If the Knicks want to do that, they would likely need to produce more on offense.