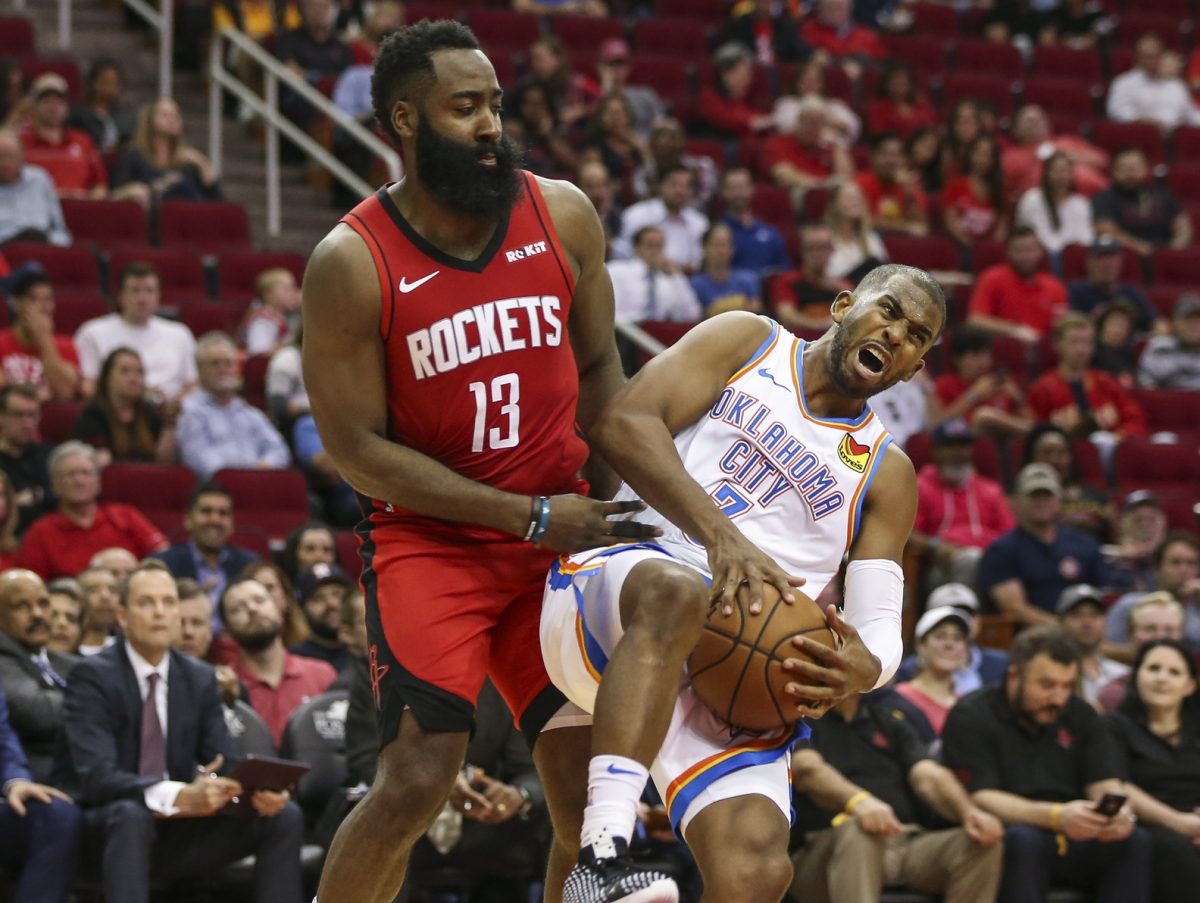 Oklahoma City point guard Chris Paul commented on his relationship with Houston Rockets star James Harden, and it seems that the two no longer speak to each other.

Chris Paul very candid on where his relationship stands with James Harden leading up to the Thunder meeting the Rockets tonight on @NBAonTNT: “He’s not going to hit me to tell my daughter Happy Birthday today.” pic.twitter.com/MOalfyjDRE

“I mean he ain’t going to hit me to tell me to tell my daughter happy birthday today,” Paul said. “You know what I mean? We don’t talk, communicate, nothing like that but that’s all good and well.

“I wish him the best in any and everything he does. Like that’s one thing I think people fail to realize sometimes in these situations. Sometimes you have teammates and is for that period of time, but that’s okay. You can wish each other well, going forward it don’t mean you have to be kumbaya and it doesn’t mean you have to be enemies.”

The two had been teammates in Houston for two seasons. However, Paul was traded to the Oklahoma City Thunder this past offseason in a deal for star guard Russell Westbrook.

Paul has taken a young Thunder team to new heights this season, securing the No. 5 seed in the Western Conference.

They will be matched up against Harden’s Rockets in the first round of the NBA playoffs.