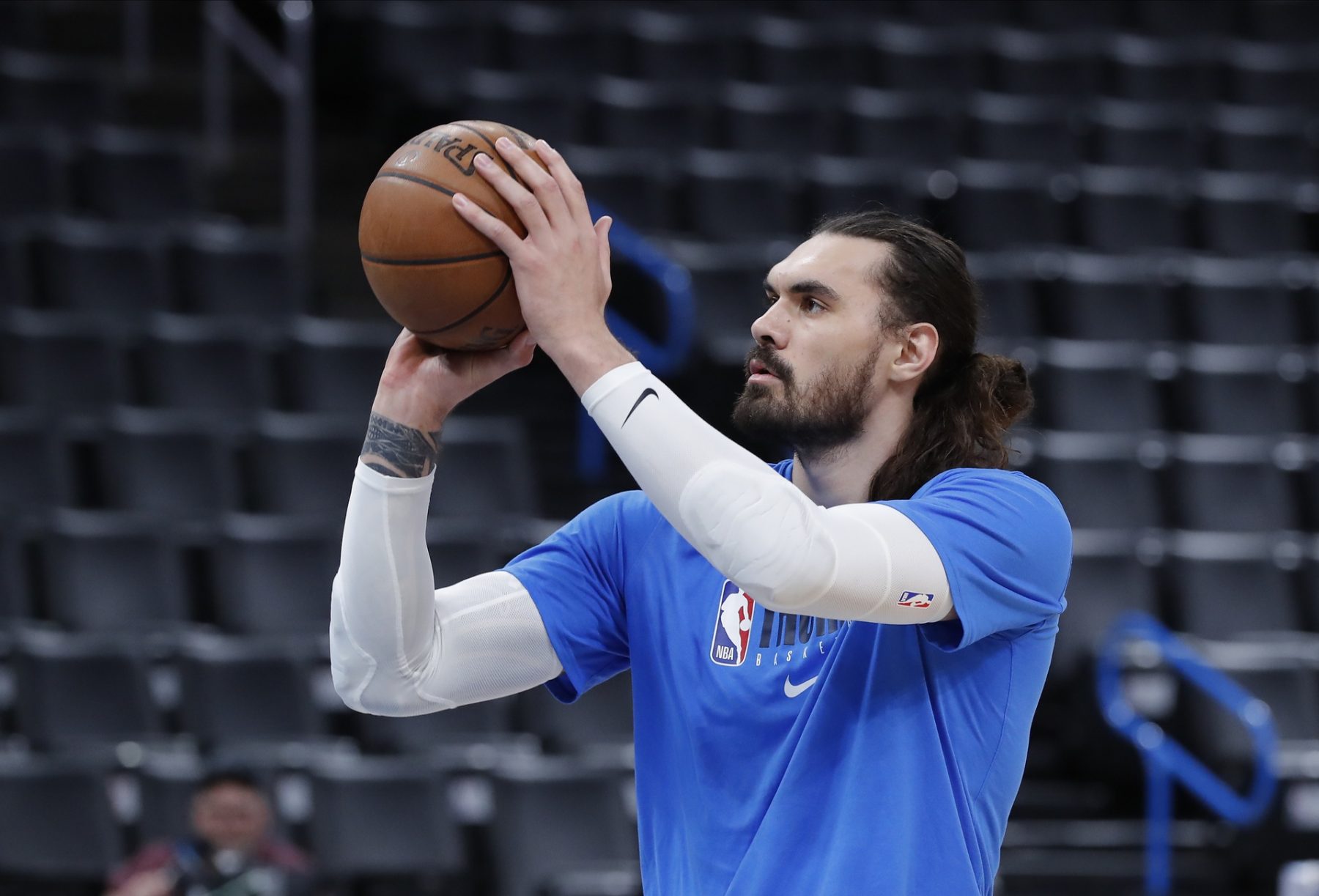 The Oklahoma City Thunder may have an opportunity to move Steven Adams via a three-team trade, according to a report.

Something I’ve heard – not particularly in this scenario – but –

Steven Adams is another name to watch out for in the center trade market this summer.

Most likely, in a 3-team type deal – OKC has an army of picks as well to help facilitate a larger deal with teams. https://t.co/t1nnZxFK5m

After the Los Angeles Lakers won the championship last season by using a combination of defensive-minded big men in Anthony Davis, Dwight Howard and JaVale McGee, teams are likely looking to shore up their frontlines in order to compete with the 2020 NBA champions.

Adams could be a huge addition to a team looking to take the title from the Lakers. The 6-foot-11 center averaged 10.9 points, 9.3 rebounds and 1.1 blocks in only 26.7 minutes per game last season.

He has played his entire career for the Thunder, but his days in Oklahoma City may be numbered with the team in rebuilding mode. After the Thunder lost Kevin Durant in 2016 to the Golden State Warriors, things started to go downhill for the franchise from there.

Oklahoma City traded away Paul George and Russell Westbrook last offseason in separate deals. Though the team played excellently last season (44-28 record, fifth seed in the West) because of veteran point guard Chris Paul’s leadership and veteran presence, it is probably looking to rebuild with a young core.

Because of this, Adams may not be in the Thunder’s long-term plans any longer. Nevertheless, the 27-year-old Adams could be the missing piece to a title contender that needs a talented big man to help them get over the hump.