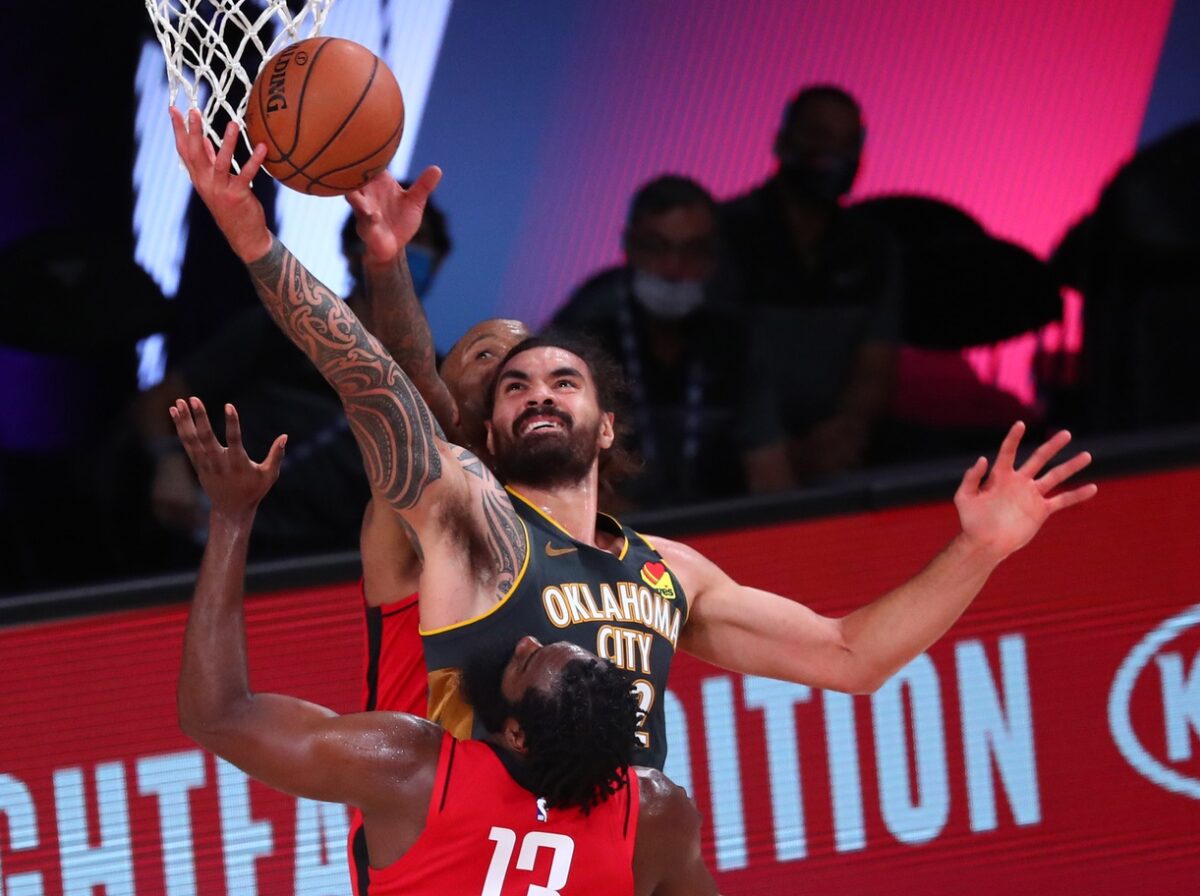 The Oklahoma City Thunder reportedly are expected to explore the trade market for center Steven Adams.

Adams, 27, is entering the final year of his contract in the 2020-21 season. Oklahoma City could acquire an asset for Adams rather than lose him in NBA free agency next offseason.

According to HoopsHype’s Michael Scotto, the Thunder’s reported trade of Dennis Schroder to the Los Angeles Lakers could foreshadow a move of Adams.

“With Dennis Schroeder reportedly on the move, rival executives believe the Thunder will continue to explore the trade market on their veterans, including Steven Adams,” Scotto wrote.

Adams has been a staple for Oklahoma City over the past seven seasons.

The big man has developed into a much better offensive player as his NBA career has progressed.

After averaging less than 10.0 points per game his first three seasons in the league, Adams has averaged 10.9 or more points in each of the last four seasons.

Adams is currently under contract for roughly $27.5 million next season.