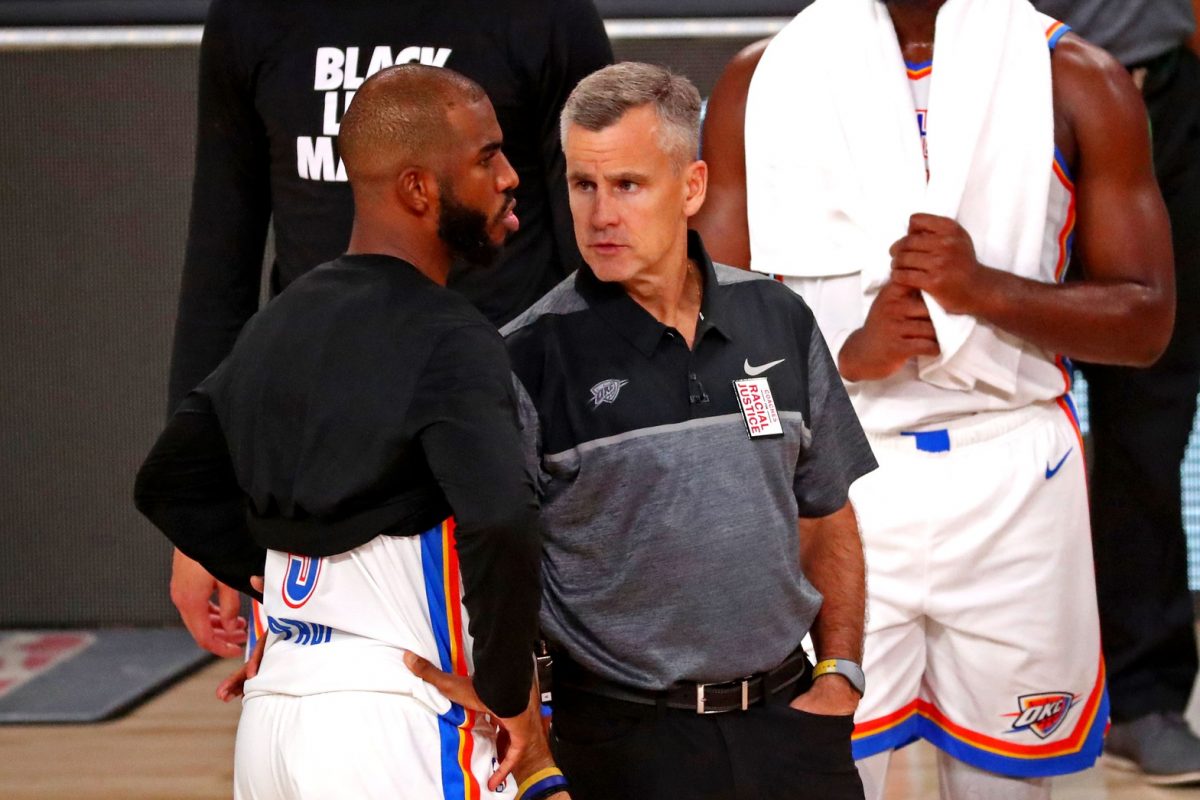 The Oklahoma City Thunder reportedly are parting ways with head coach Billy Donovan after five seasons with the team.

Donovan’s contract was up at the end of the 2019-20 season. The Thunder have decided not to pursue an extension and will instead look for the team’s next head coach this offseason.

ESPN Sources: Oklahoma City coach Billy Donovan won’t be returning to the Thunder next season. Donovan’s contract expired at season’s end and the sides have decided against pursuing an extension.

Discussions between OKC management and Donovan were described as "collaborative" and "realistic." Donovan will become a significant coaching candidate in the NBA marketplace. https://t.co/Iq68Bdi7jr

The reality of Oklahoma City’s eventual transition toward a rebuild made it a challenge for the two sides to find a way to continue forward together, sources said. https://t.co/gKRsM7jYle

Donovan was hired prior to the 2015-16 season and led the Thunder to five consecutive playoff appearances.

After trading away Russell Westbrook and Paul George this past offseason, the Thunder seemed destined for a rebuilding year.

However, under Donovan’s leadership, Oklahoma City went 44-28 and made it to Game 7 in its first-round playoff series against the Houston Rockets.

Still, the Thunder have not made it past the first round of the playoffs in the past four seasons.

Oklahoma City was 243-157 in the regular season with Donovan as its head coach and 18-23 in the postseason.