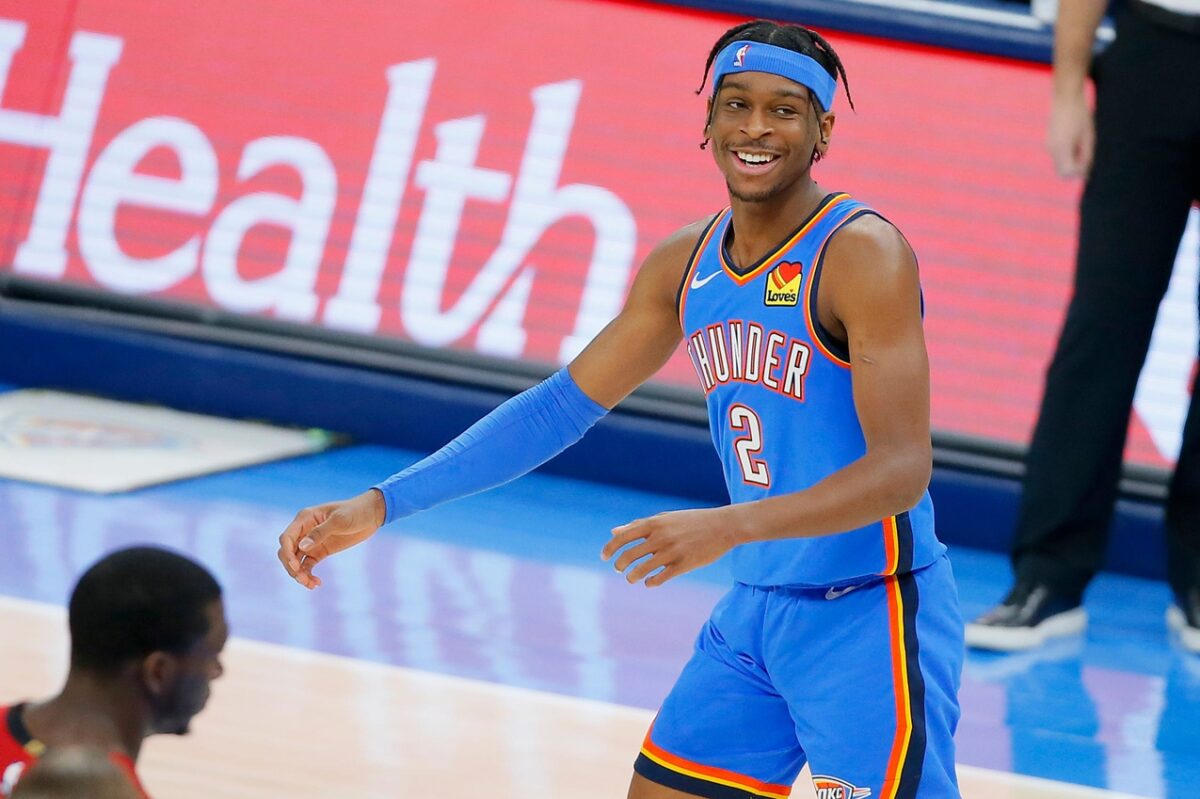 The Oklahoma City Thunder and guard Shai Gilgeous-Alexander are reportedly expected to agree to a maximum contract extension.

“Another player frequently mentioned as available for trade during draft week was indeed 23-year-old point guard Shai Gilgeous-Alexander, yet sources told B/R the Oklahoma City Thunder never offered their young star in trade conversation to acquire the Cleveland Cavaliers’ No. 3 choice,” wrote Jake Fischer of Bleacher Report. “In those conversations that ultimately fell short, the Thunder only offered packages including present and future draft capital. Oklahoma City and Gilgeous-Alexander are expected to come to terms on a lucrative five-year, maximum-contract extension before the start of next season.”

It has been a whirlwind past few days for Gilgeous-Alexander. It seems that his name falsely popped up in trade rumors all week. With those rumblings in the rearview mirror, it now appears clear that he has a long-term future with the Thunder.

Oklahoma City would be wise to lock up the rising star. He has shown signs of growth in every year of his NBA career, and in the 2020-21 season, he looked like a future All-Star. He averaged 23.7 points, 4.7 rebounds and 5.9 assists per game this past season while shooting 50.8 percent from the field and 41.8 percent from deep.

Gilgeous-Alexander is just 23 years old, so he figures to get even better with time. He could become the face of the Oklahoma City organization if he develops into a superstar talent.

The Thunder have a major rebuild ahead. The team went 22-50 in the 2021-22 season. Retaining Gilgeous-Alexander could be the first step in establishing a foundation for the future.