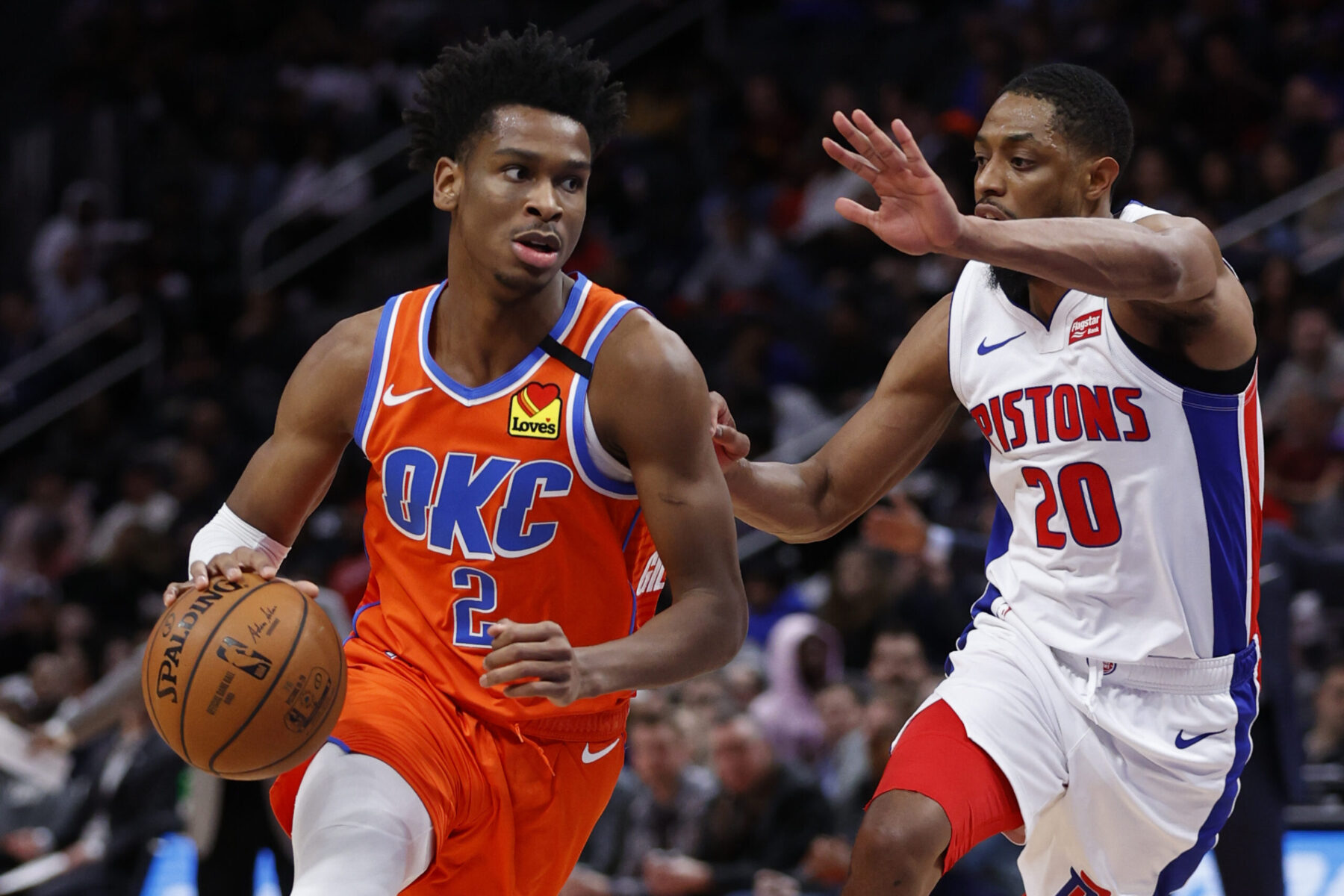 The Oklahoma City Thunder reportedly offered a package of guard Shai Gilgeous-Alexander and the No. 6 overall pick in the 2021 NBA Draft to the Detroit Pistons for the No. 1 overall selection.

“I expect Cade Cunningham to be the top overall pick in this draft, selected by the Detroit Pistons. However, I’ve been told that the Houston Rockets and Oklahoma City Thunder have been knocking the Pistons’ door down,” BasketballNews.com’s Matt Babock wrote. “Rumor has it that the Thunder offered the No. 6 pick and Shai Gilgeous-Alexander in exchange for No. 1 — the Pistons declined. If the Pistons receive an offer better than that one, they may need to seriously consider it.”

Cunningham is widely regarded to be the No. 1 overall pick, and it appears the Pistons have no intent of moving out of the first spot even if it means getting Gilgeous-Alexander.

The Pistons are reportedly still mulling over which top prospect to select in Thursday’s draft.

Detroit’s internal meetings are still revolving around three players for the No. 1 pick on Thursday night — Cade Cunningham, Jalen Green and Evan Mobley, sources tell ESPN. Detroit isn’t fully there yet on committing to Cunningham with their first overall choice.

While he did put up great numbers, Gilgeous-Alexander was limited to just 35 games during the 2020-21 campaign due to injury.

The Thunder are clearly thinking of their long-term future with this offer, and while Gilgeous-Alexander is a solid young player, he is eligible for an expensive contract extension this offseason.

If Oklahoma City doesn’t want to commit to him long-term, it could make sense to move him in another deal to get cheaper young talent.

While Cunningham may be out of reach, it will be interesting to see if the Thunder try to move Gilgeous-Alexander for another player this offseason.