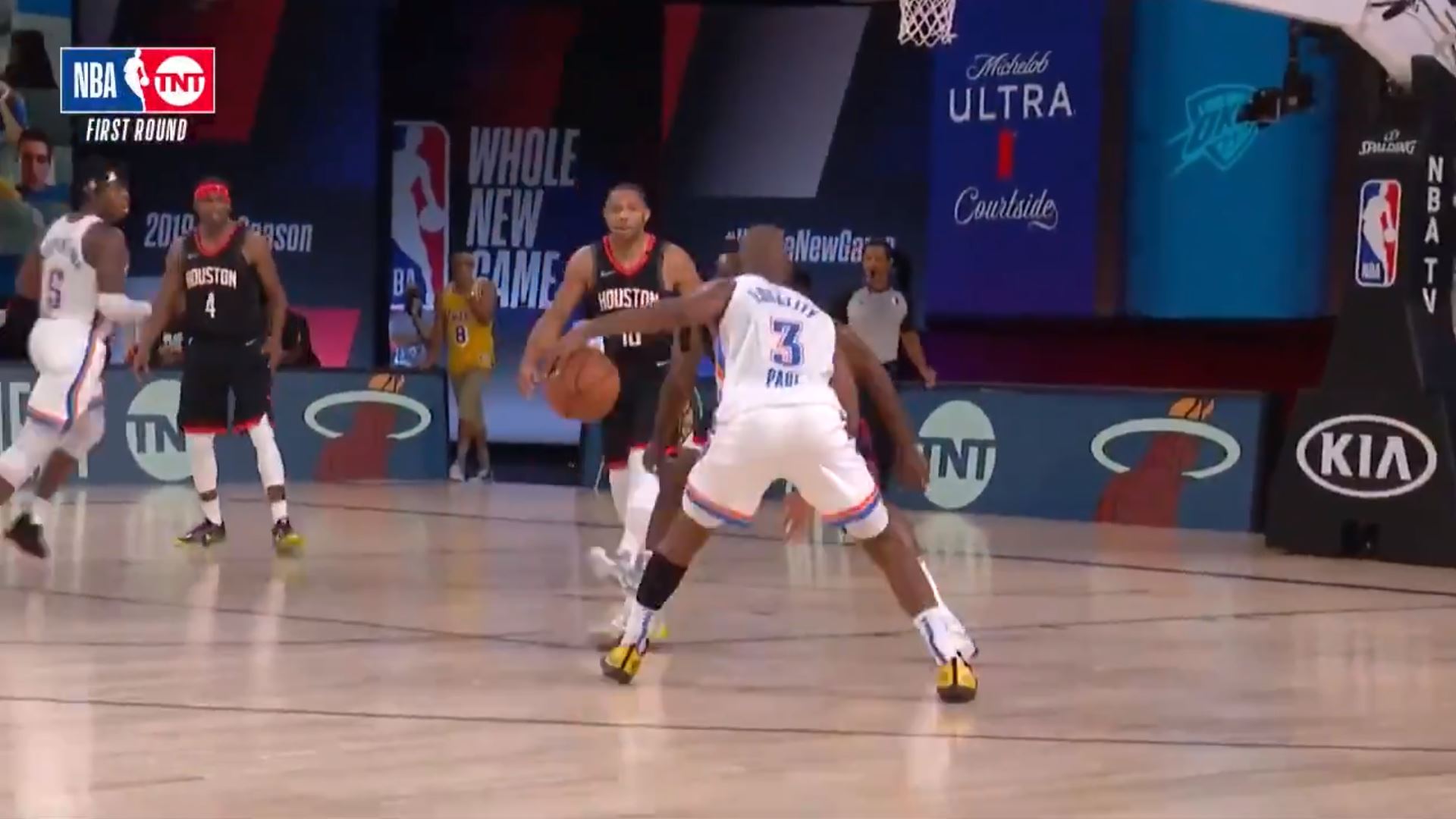 Paul, 35, played with Harden on the Rockets for two seasons.

The Rockets shipped Paul in a package to the Thunder for former MVP Russell Westbrook last summer.

While the Thunder were expected to be a lottery team, they have emerged as a legitimate opponent in the Western Conference. They concluded the 2019-20 regular season with the No. 5 spot in the West.

Furthermore, the Thunder are tied at two games apiece with the Rockets in their first-round series.

The clutch shot from Paul helped the Thunder capture a 117-114 victory in Game 4. The All-Star collected 26 points, six rebounds, three assists and three steals in the close win.

Game 5 of the thrilling series is set to take place on Wednesday.