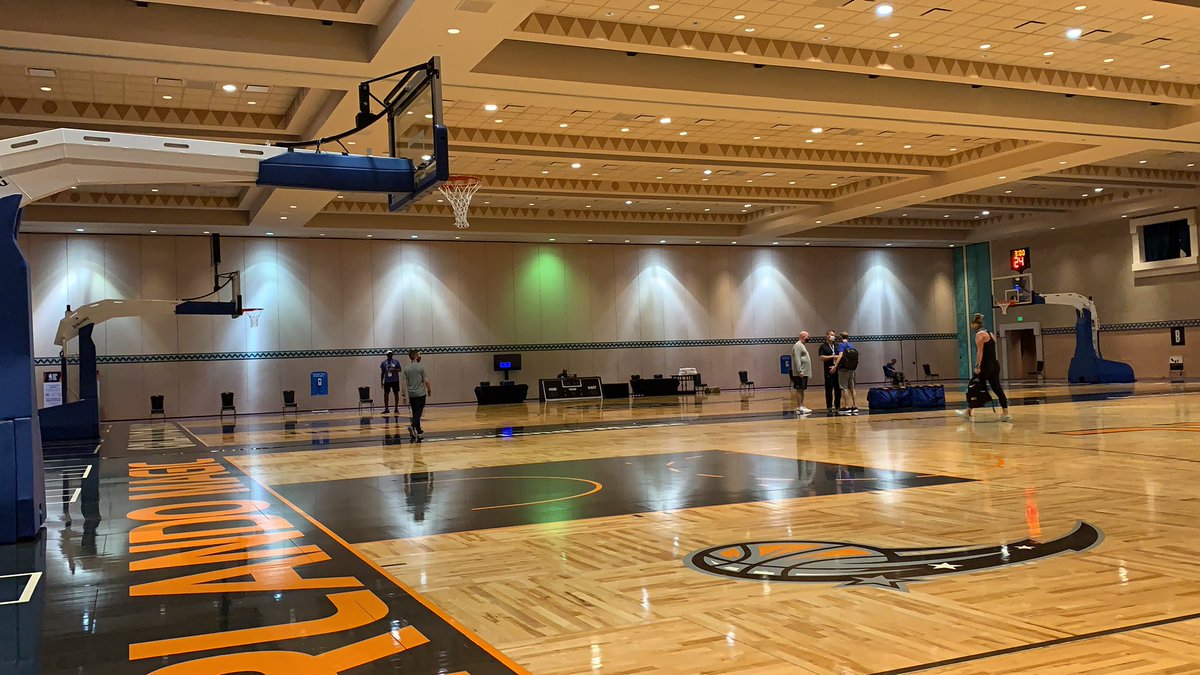 Orlando Magic center Nikola Vucevic showed off one of the first sights of NBA players on the practice courts at Walt Disney World Resort.

The NBA has been out of commission since March 11.

After Utah Jazz star Rudy Gobert tested positive for the novel coronavirus, the NBA immediately shut down the season. Several other players also contracted the virus.

The league has been very patient and scrupulous in regards to getting back to action. Yet, all signs are pointing to the league resuming the 2019-20 campaign on July 30 in Orlando, Fla.

A few teams are still making their way to the bubble, while the Magic were the first team to get there.

Vucevic, 29, will try to guide the Magic to some playoff success. The big man is averaging 19.5 points, 11.0 boards and 3.7 assists per game this season.

The Magic hold the No. 8 seed in the Eastern Conference.