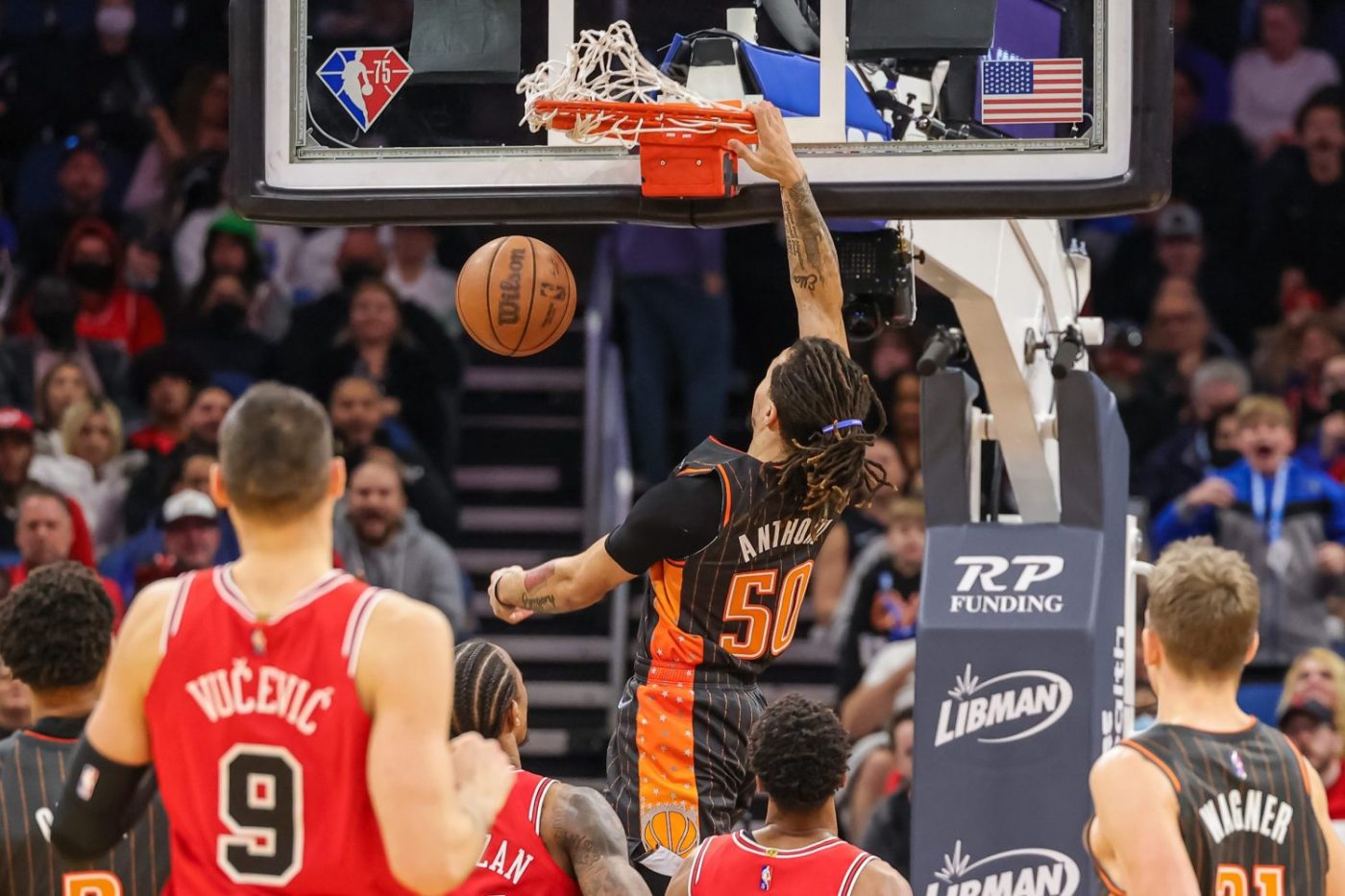 Every year, the NBA Slam Dunk Contest is an extremely fun event for basketball fans. It’s always a highly anticipated event, and with any luck, it provides tons of memorable moments.

This season, the event is scheduled for Feb. 19, and the first participant was just revealed. Orlando Magic guard Cole Anthony will be taking part in the competition.

Orlando Magic guard Cole Anthony is committing to the NBA Slam Dunk Contest at All-Star Weekend in Cleveland, sources tell @TheAthletic @Stadium. At 6-foot-3, Anthony has had some explosive dunks and is having a breakout sophomore season (18 PPG, 6 RPG, 6 APG).

Anthony has displayed an ability to throw down some explosive dunks during his time in the NBA, and he’ll look to put on a show in this year’s Slam Dunk Contest.

With plenty of time for Anthony to prepare for the event and get creative, fans are surely hoping that the youngster will have some tricks up his sleeve.

It hasn’t been a pretty 2021-22 season for the Magic, but Anthony has certainly been a bright spot. He’s working on a solid campaign in which he’s averaging 17.9 points, 6.0 rebounds and 6.0 assists per game.

He’s shooting 39.2 percent from the field and 32.4 percent from deep, so he definitely has some room to grow from an efficiency standpoint. However, at just 21 years old, he has plenty of time to improve in that department.

Anthony is only in his second season at the NBA level, and the Magic are hoping that he’ll be a key piece of the organization’s future. Orlando is just 10-40 this season and appears to be on pace to miss the playoffs for the second season in a row.

The Magic will be back in action on Sunday for a matchup against the Dallas Mavericks.