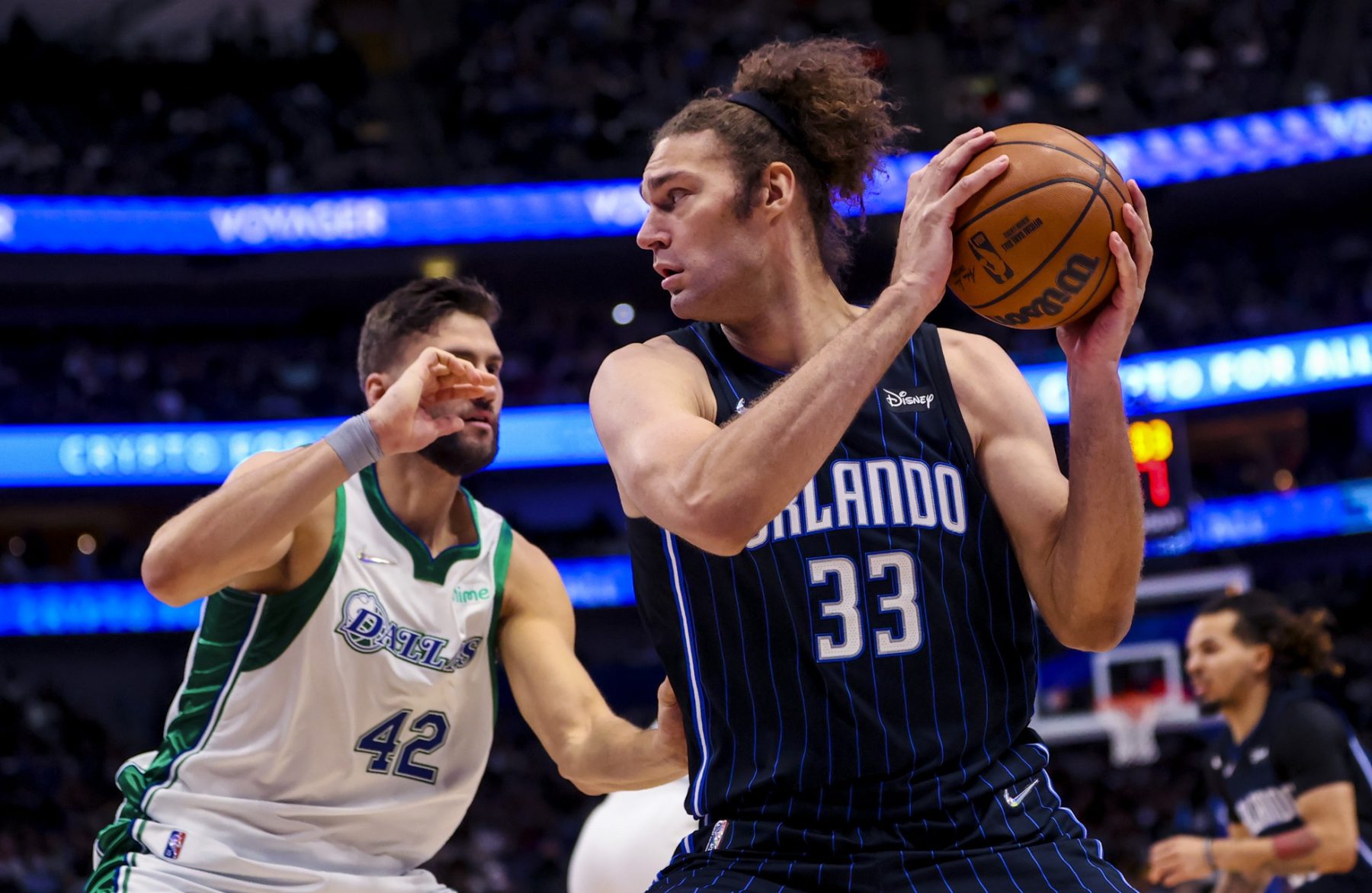 The NBA trade deadline is quickly approaching for the 2021-22 season, and teams all across the league are seeing what they can do to improve their squads.

One team that is reportedly willing to part ways with a veteran contributor is the Orlando Magic. According to a report, the Magic are willing to deal big man Robin Lopez if it means they get a first-round pick in return.

It also sounds like there are a couple of other players that the Magic would be fine parting ways with if the right offers were to come along.

“The Orlando Magic are definitely open for business on Gary Harris, Robin Lopez, and Terrence Ross,” Matt Moore of the Action Network reported. “Both Ross and Lopez have a first-round pick asking price attached, even if it’s a high one. Lopez in particular will likely get a lot of callers on Thursday given the run on back-up bigs. There is a better-than-decent chance Harris is bought out after the deadline.”

Traditionally, teams that are the most willing to move key players prior to the deadline are teams that are sagging in the standings. For that reason, it should come as no shock that the Magic are looking to move on from some contributors.

So far this season, the Magic own a record of 13-43. They’re near the bottom of the Eastern Conference standings and don’t appear to have any shot at reaching the playoffs.

While the Magic do have some interesting players on their roster, they’re clearly in a rebuilding phase and would benefit from having as many draft picks in their war chest as possible.

As for Lopez and the other Magic players that appear to be trade candidates, they’re obviously names to keep an eye on. All three could make some noise for new teams, so it’s likely that several different clubs are sniffing around.