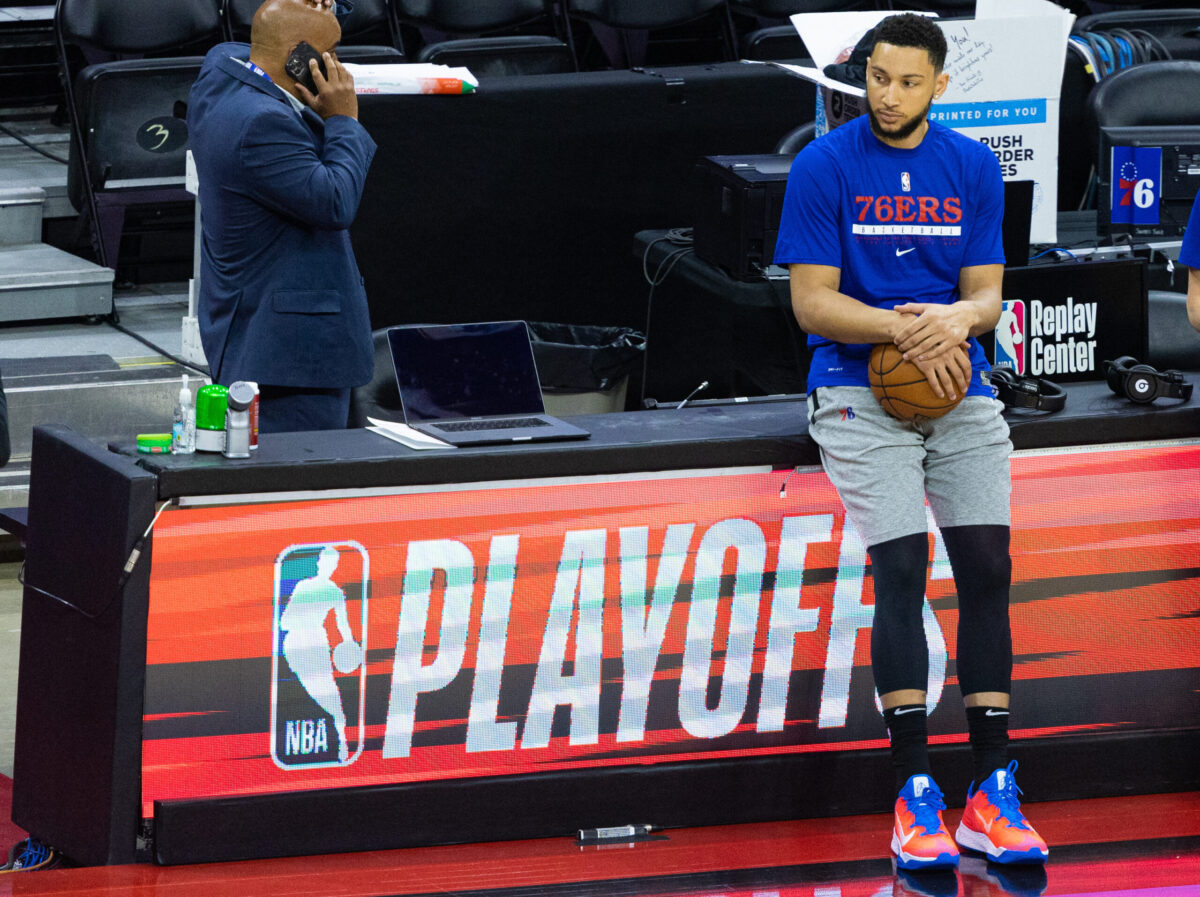 According to a report, the Philadelphia 76ers are having a hard time getting any of the players they like in deals involving All-Star point guard Ben Simmons.

It sounds like the team isn’t willing to make a deal that would hurt its chances at winning the title in the 2021-22 season.

More #NBA source: 'Eventually he's going to show up. (#Sixers will) go from there.' They apparently plan to fine Simmons if he doesn't attend 2021-22 camp, preseason & so on. Don't want to trade for draft picks & try to convert to players. Can't get any of 5-10 NBA guys they like https://t.co/CVfFbQLJH4

With the 2021-22 campaign rapidly approaching, it’s looking increasingly likely that Simmons could remain a member of the 76ers when the season starts. Given everything that has unfolded this offseason, that would likely make for a very awkward situation.

Simmons remains one of the most polarizing players in the NBA. He brings plenty of things to the table, including elite defense, rebounding and playmaking. In the 2020-21 season, he averaged 14.3 points, 7.2 rebounds and 6.9 assists per game.

Despite his many strengths, his game has some glaring weaknesses. He doesn’t have a reliable jump shot, and some folks also question his effort and work ethic.

It was reported recently the Simmons wasn’t planning on reporting to training camp for Philadelphia this season. It remains to be seen if that will indeed be the case. According to Wednesday’s report, the Sixers might penalize him if he doesn’t.