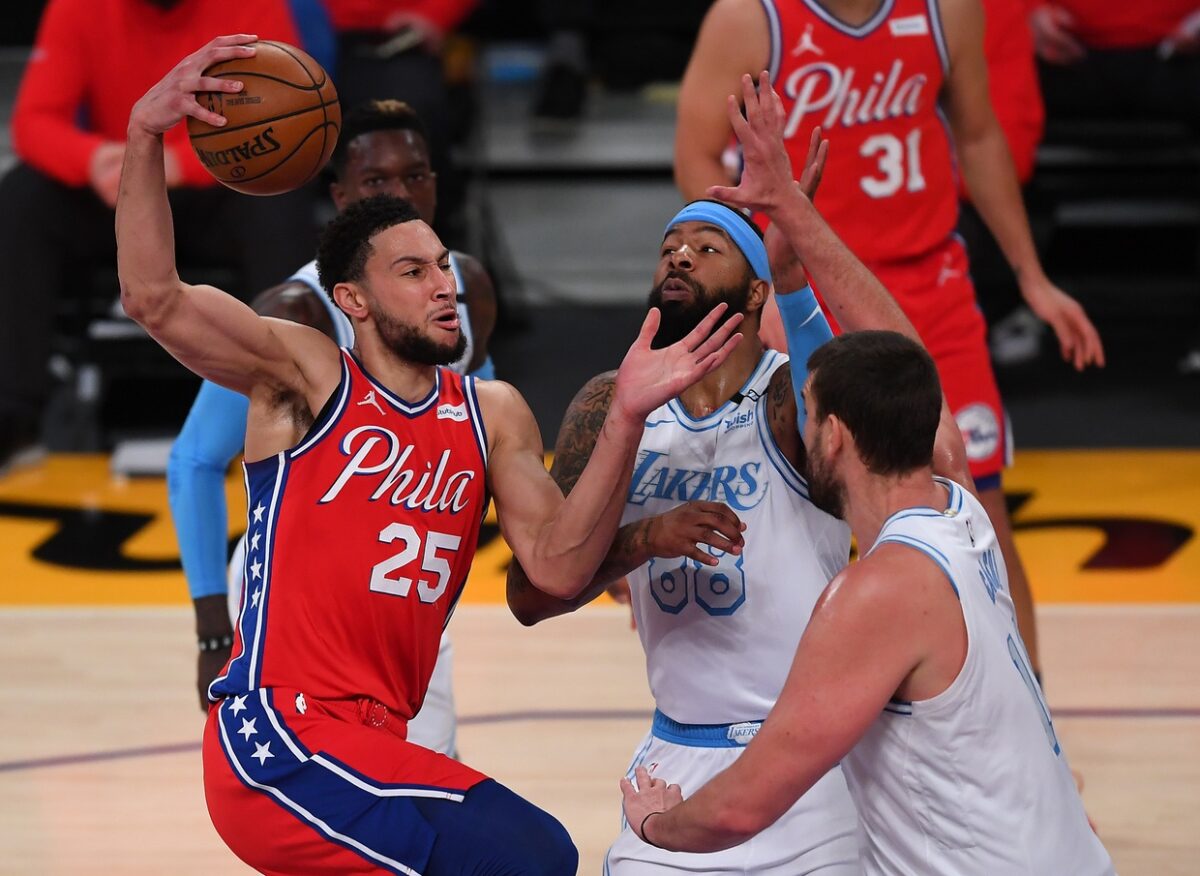 Philadelphia 76ers guard Ben Simmons has some high expectations for his team this coming postseason.

The Sixers are currently the No. 1 seed in the Eastern Conference with a 38-17 record, and Simmons believes they have what it takes to win a title.

“If we get that No. 1 seed, we keep our hopes up in terms of the energy,” Simmons said in an interview with GQ’s Tyler R. Tynes. “Knowing we’d have home court advantage would be big for us, especially if we get the fans all back. Our record at home has been pretty good, it’s always been good the last few years being able to be home. I think this is the year for us to do it, honestly.”

Tynes asked Simmons what “it” specifically was. Simmons was quick to state his title expectations.

“Win the championship,” Simmons said. “I genuinely believe that. I feel like there’s been years where guys would’ve said it on the Sixers, but I don’t think we really believed it. But, I genuinely think this is the year.”

The Sixers have been one of the better teams in the NBA all season, and Simmons has had a big hand in that.

The 24-year-old is averaging 14.9 points, 7.6 rebounds and 7.1 assists per game. He will likely be in the conversation for the league’s Defensive Player of the Year award, and he has helped the Sixers rebound from a poor postseason showing last season.

Whether or not he can become a champion this season remains to be seen.