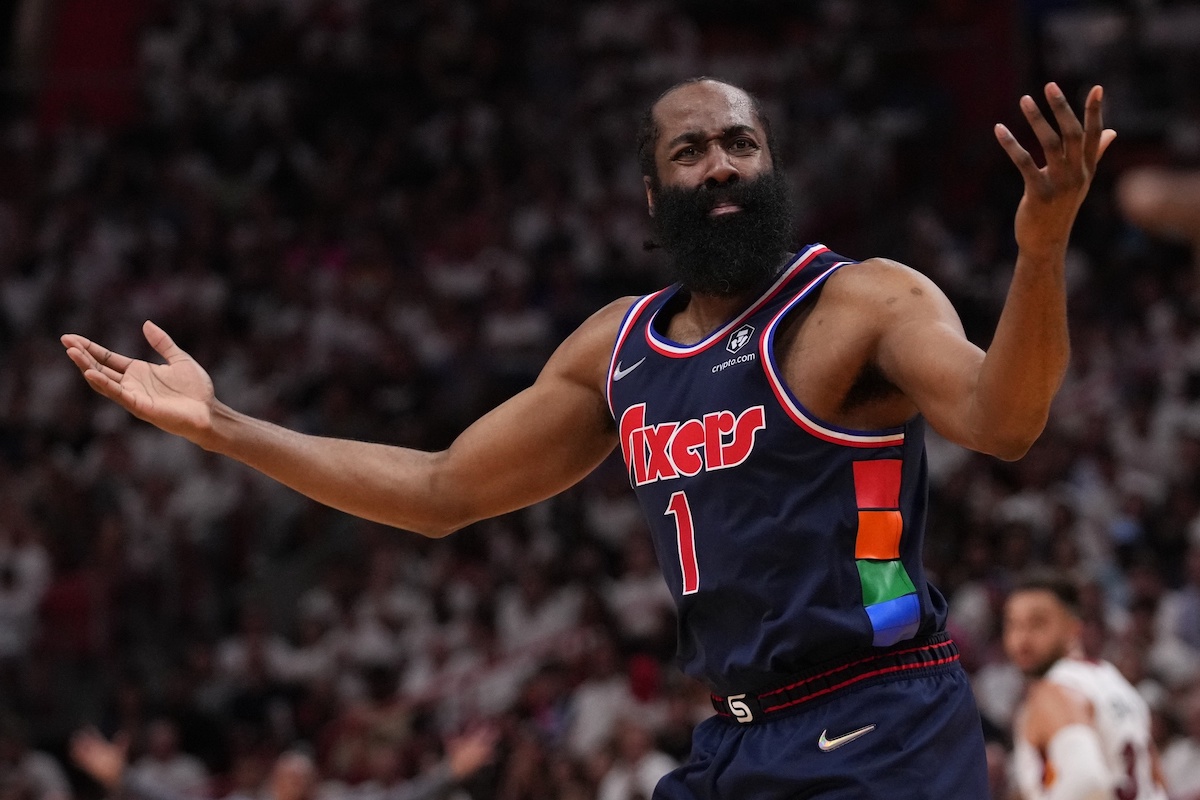 Months ago, during the 2021-22 NBA regular season, a blockbuster trade between the Brooklyn Nets and Philadelphia 76ers sent former MVP James Harden to Philadelphia.

Though the Sixers celebrated getting the superstar guard, fans knew that he was not having a great season by his standards. That fact has continued in the playoffs, as Harden has often looked like a shell of his former self.

Former NBA big man Amar’e Stoudemire recently slammed Harden, saying that he does not deserve to receive a max deal from the Sixers.

“I can’t commit to that,” he said of offering Harden a max deal. “If I’m the owner of the Sixers, I cannot commit to giving him a max deal. I just don’t see the dedication that I would need to see from my top 75 player. You have to be able to have a certain level of determination and focus on being the best player you can possibly be and also be there for your teammates when they need you the most. … If he’s not capable of doing that as a max player, I’m not going to be willing to now give you a max contract if you’re not showing me that you can handle the situation.”

It’s an incredibly thoughtful and legitimate response to the way Harden has played this season. Though he certainly has a reputation of being a max contract guy, Harden has not looked that way for the majority of the 2021-22 season.

With the Sixers’ playoff lives on the line on Thursday night, there is no doubt that the team will need Harden to show out if it wants to win.

Hopefully for Philly fans, he can do just that.