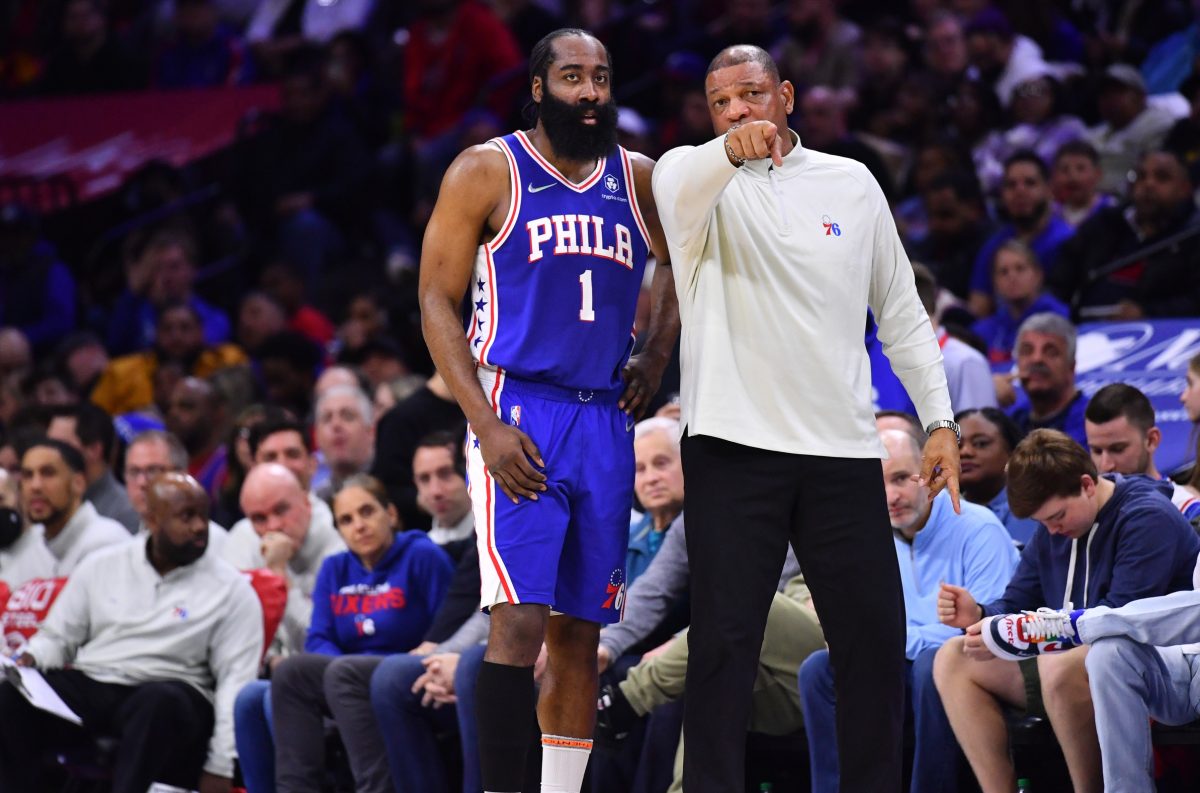 Though the Philadelphia 76ers didn’t accomplish the ultimate goal of winning an NBA title in the 2021-22 season, they still appear to be one of the primary contenders in the Eastern Conference this season.

Much of that has to do with the superstar duo of James Harden and Joel Embiid.

With the 2022-23 NBA season just around the corner, 76ers head coach Doc Rivers seems to be quite confident in his team’s prospects this season. During a recent team practice, Rivers was caught speaking with Harden.

He predicted that the team will be “unbeatable” once all the players figure out how to mesh with one another.

"When it clicks James we're going to be unbeatable"

Harden was brought to the 76ers just before the trade deadline last season in a deal that also included Ben Simmons.

Though there was much excitement about the pairing of Harden and Embiid, things never really fully clicked last season. However, that is not all that shocking considering they were figuring out how to play alongside one another in real time.

The hope is that with a full summer of training and preseason to get things right, the two will be able to form some fantastic on-court chemistry.

After all, their areas of expertise should mesh quite well. Both are elite offensive players who have exceptional playmaking abilities and can score from anywhere on the court.

Harden averaged 21.0 points, 10.5 assists and 7.1 rebounds per game with the Sixers. He’ll surely look to improve his scoring numbers this season given that he’s taken a bit of a dip in that department over the last two seasons.

While there are other talented players on the Philly roster, there is no question that the success of the team is going to hinge primarily on Harden and Embiid. If the two can find a way to complement one another as best they can, the 76ers could be a very dangerous team in the East.

Only time will tell if this upcoming season proves to finally be the season in which the 76ers overcome their inability to advance past the second round of the playoffs. They haven’t advanced to the NBA Finals since 2001.