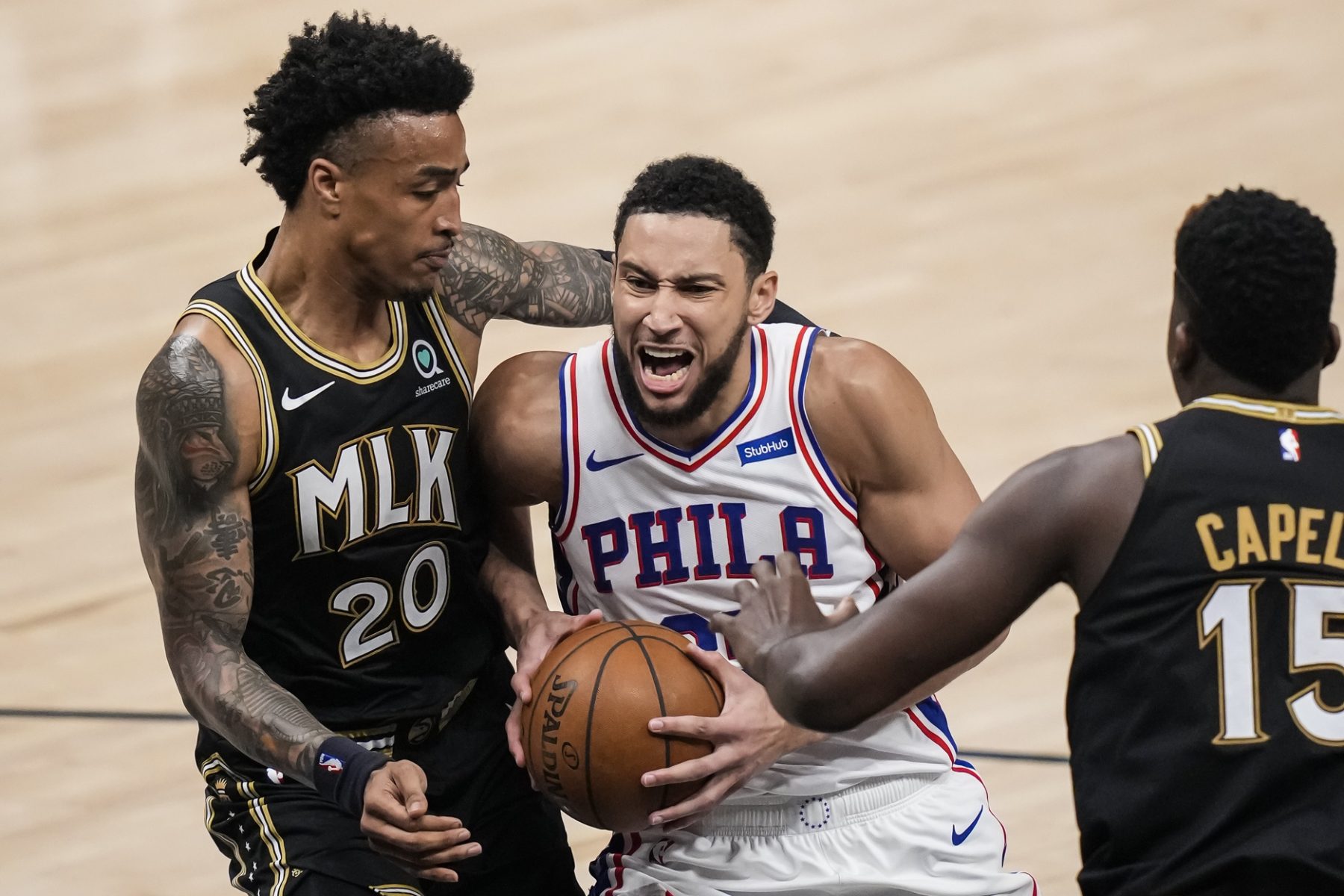 The Philadelphia 76ers are still trying to find a trade partner for guard Ben Simmons, but it appears they may not have a suitor in the Atlanta Hawks.

“Two sources familiar with talks said at least one offer from the Sixers was Simmons and Harris for John Collins, Bogdan Bogdanovic, and three first-round picks,” the Action Network’s Matt Moore wrote. “It will not surprise you to learn the Hawks were not interested in such a framework, though their interest in Simmons is very real.”

While the Hawks may be interested in pairing Simmons with star guard Trae Young, it doesn’t appear that the team is willing to meet Philly’s lofty asking price.

While it makes sense that the Sixers are looking to maximize their return for Simmons, it’s going to be hard to net players like Collins and Bogdanovic as well as significant draft capital.

Simmons has yet to play for the Sixers this season, and the team is in danger of wasting a year of Joel Embiid’s prime by not surrounding him with the best supporting cast possible.

It seems that the Sixers will need to find another suitor or lower their asking price for Simmons in order to get a deal completed by this year’s trade deadline.

It will be interesting to see if the Hawks wait until the offseason to make another run at Simmons if Philly hasn’t moved him by then.