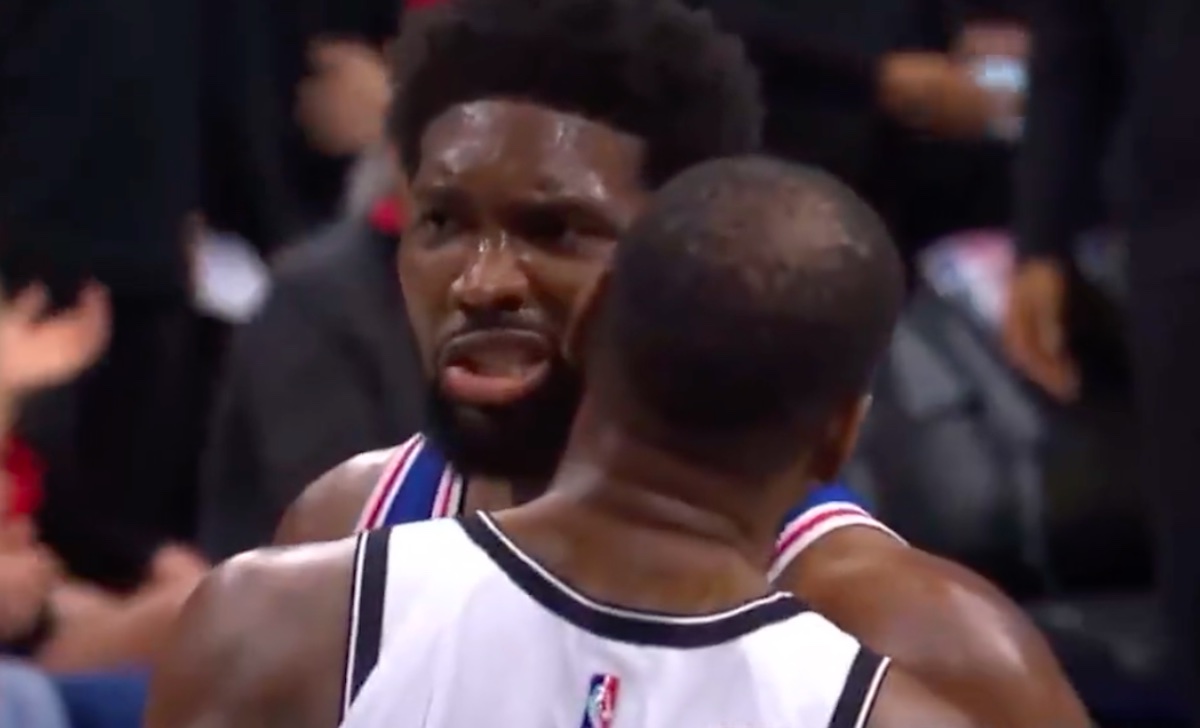 In a recent game between the Philadelphia 76ers and the Brooklyn Nets, Sixers star Joel Embiid and Nets star Kevin Durant got into it on the court.

The incident occurred late in the first quarter when Embiid was looking to create a shot under the basket. Durant, who was guarding him, got bumped and seemed to react in a way that indicated a certain level of flopping. The two players then exchanged words.

Kevin Durant and Joel Embiid going at it 🔥pic.twitter.com/N14JCfKf8K

Embiid recently called out Durant for flopping in that moment.

“We talk about flopping, I felt like this was a flop,” Embiid said. “If you’re man enough, if you get hit, don’t flop. Stay up.”

Embiid went on to make it clear that he loves Durant and has a lot of respect for the superstar player. Still, Embiid is an incredibly competitive player, and there’s always a chance that the two players will have another clash on the court at some point in the future.

It’s quite possible that the two will eventually meet in the playoffs. Both the Sixers and Nets are seen as title contenders, and they could end up facing each other in the postseason.

If that were to happen, there is no doubt that plenty of pressure would be on both Durant and Embiid to put up major numbers for their respective teams.

At the moment, the Nets sit in the No. 8 spot in the East. They seem destined for a spot in the league’s play-in tournament. As for the Sixers, they currently sit in the No. 3 spot. However, there will likely be some movement at the top of the congested Eastern Conference before the regular season comes to an end.