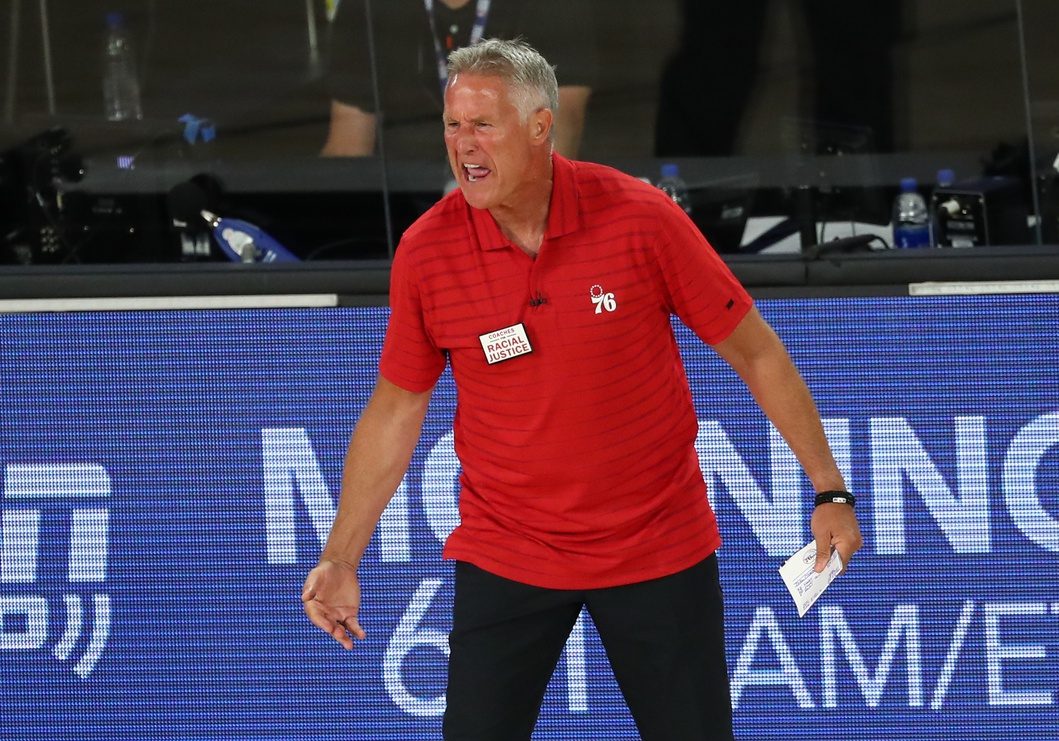 The Philadelphia 76ers are expected to part ways with head coach Brett Brown, according to Shams Charania of The Athletic.

“Following their series sweep loss to the [Boston] Celtics, the 76ers are expected to part ways with coach Brett Brown, multiple sources with knowledge of the situation say,” Charania wrote. “It’s only a matter of when.”

The 76ers were without All-Star Ben Simmons in the first-round series and struggled to compete. They were swept by the Celtics in the NBA bubble in Orlando, Fla.

Brown, 59, has been the head coach of the 76ers since the 2013-14 season. He served as an assistant coach with the San Antonio Spurs for several years before landing in Philadelphia.

Under his leadership, the 76ers have gone to the playoffs three times.

In fact, they nearly advanced to the Eastern Conference Finals last season. Yet, Brown played a pivotal role in breaking up that 2018-19 squad that was led by superstar Jimmy Butler.

Now, the veteran coach may be losing his job. Brown has a career head coaching regular season record of 221-344.