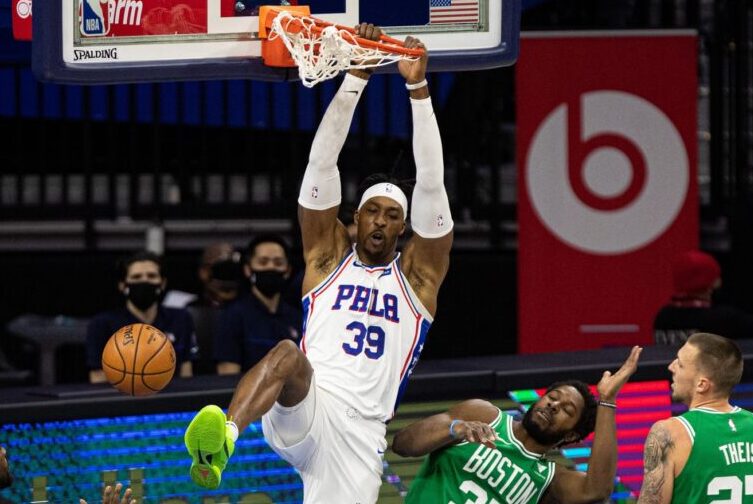 -Thinks the keys for Joel Embiid are staying "humble and hungry"
-Would like to play at least five more years
-Prepares the same way when Embiid is questionable leading into a game; role is to "bring the pain," he says with a smile

Howard, 35, is in his first season with the Sixers, but he has thrived in his role backing up star Joel Embiid.

Last season, Howard won a championship with the Los Angeles Lakers and managed to totally reinvent himself as a player.

After a few injury-riddled seasons, Howard averaged 7.5 points and 7.3 rebounds per game last season off the Lakers’ bench.

Clearly, he believes that he can play a role like that for the foreseeable future.

As long as he can avoid injuries, the eight-time All-Star still has plenty to offer as a rebounder and rim protector.

The Sixers are currently atop the Eastern Conference with a 12-5 record.