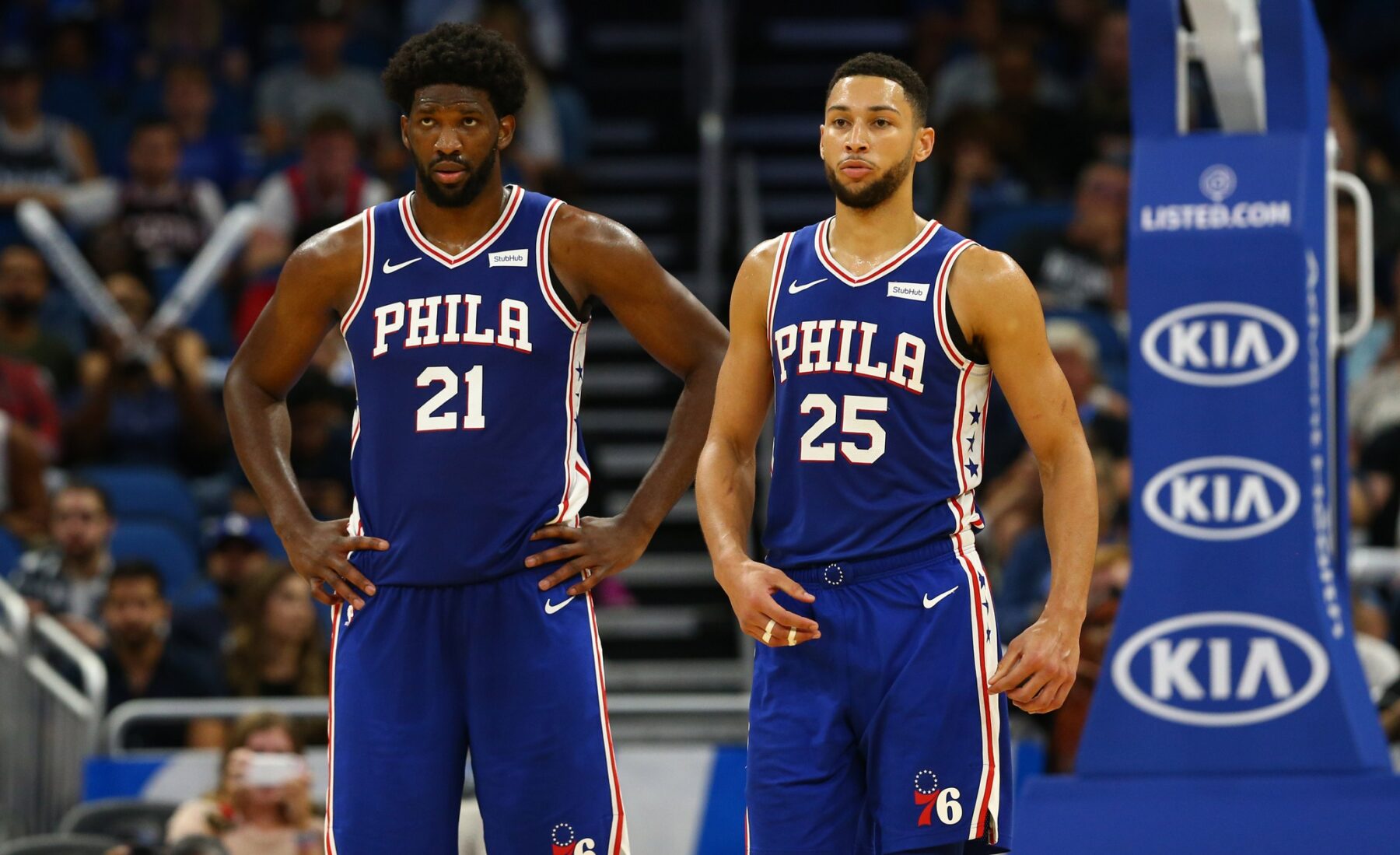 The Philadelphia 76ers seemed destined for a new era after getting swept in the first round of the NBA playoffs this past season.

The Sixers are led by superstar Joel Embiid and Ben Simmons, but many around the league have wondered if the team needs to break up the duo in order to win.

However, according to The Ringer’s Kevin O’Connor, executives around the league would be shocked if that happened before the 2020-21 season.

“Maybe Embiid and Simmons are destined for a breakup, but executives around the league say it would be shocking if it happened before next season — or during the season,” O’Connor wrote. “The [Houston] Rockets have experienced annual crash landings in the postseason, which Sixers fans can relate to. But you can’t simply blame the star players in either situation. The Sixers’ duo has had great success together and, in their own way, play an efficient brand of basketball. The problem is the lack of an offensive initiator who can generate plays in the half-court to elevate their strengths.”

The Sixers reportedly are in advanced talks to hire former Rockets general manager Daryl Morey to lead their basketball operations.

Morey’s desire to play small ball could lead to the duo of Simmons and Embiid breaking up in the future.

Philadelphia lacked shooting and guard play last season, but it has many undesirable contracts (Al Horford and Tobias Harris to name two) that would make it hard for its roster to be rebuilt.

Regardless, it seems that the Sixers will give it a go with their current core this upcoming season under new head coach Doc Rivers.