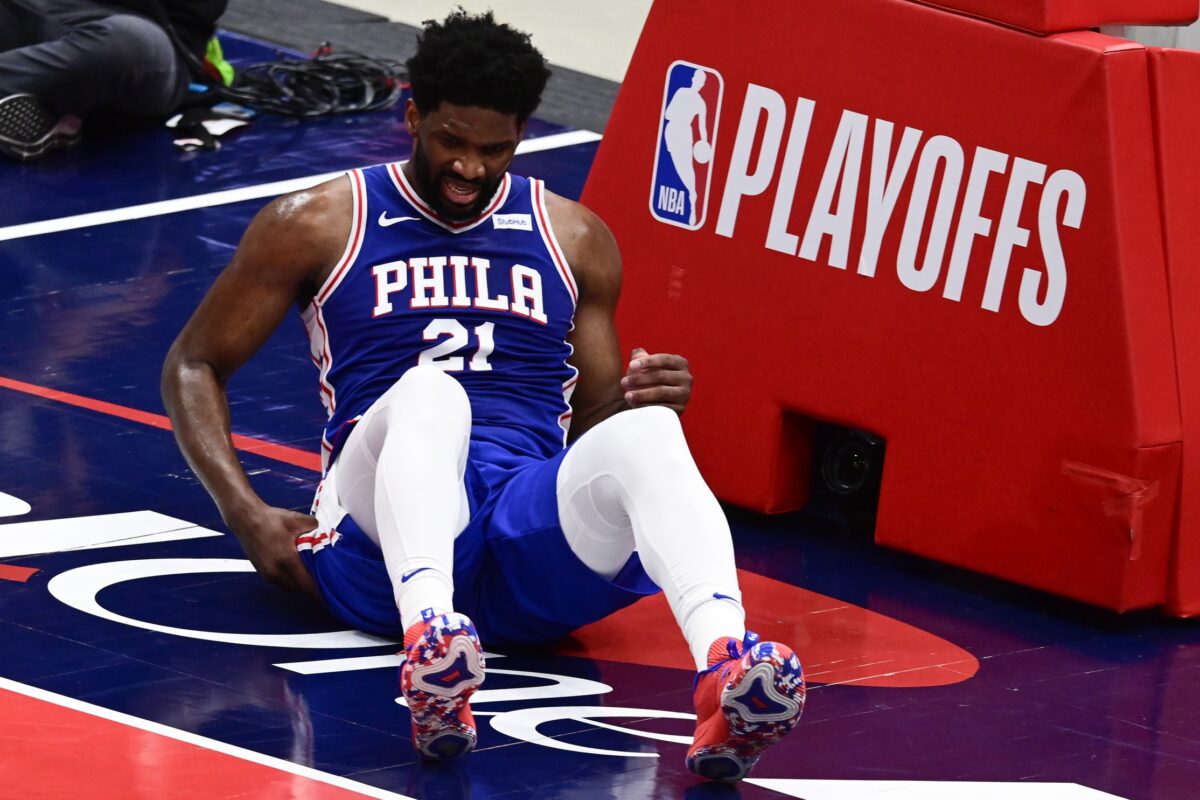 Philadelphia 76ers may be without the services of star Joel Embiid for a while.

The team revealed that the 2021 MVP finalist suffered a small lateral meniscus tear in his right knee.

Embiid left late in the first quarter of Game 4 of the 76ers’ first-round series against the Washington Wizards.

Philadelphia went on to lose the game. Had the team won, it would have advanced to the second round to face the winner of the series between the New York Knicks and Atlanta Hawks.

The No. 1 seed 76ers have another chance to eliminate the Wizards on Wednesday. However, they will have to do it without Embiid, who had been dominating Washington in the first three games of the postseason.

Prior to Game 4, Embiid was averaging 29.3 points and 7.0 rebounds per game in the series.