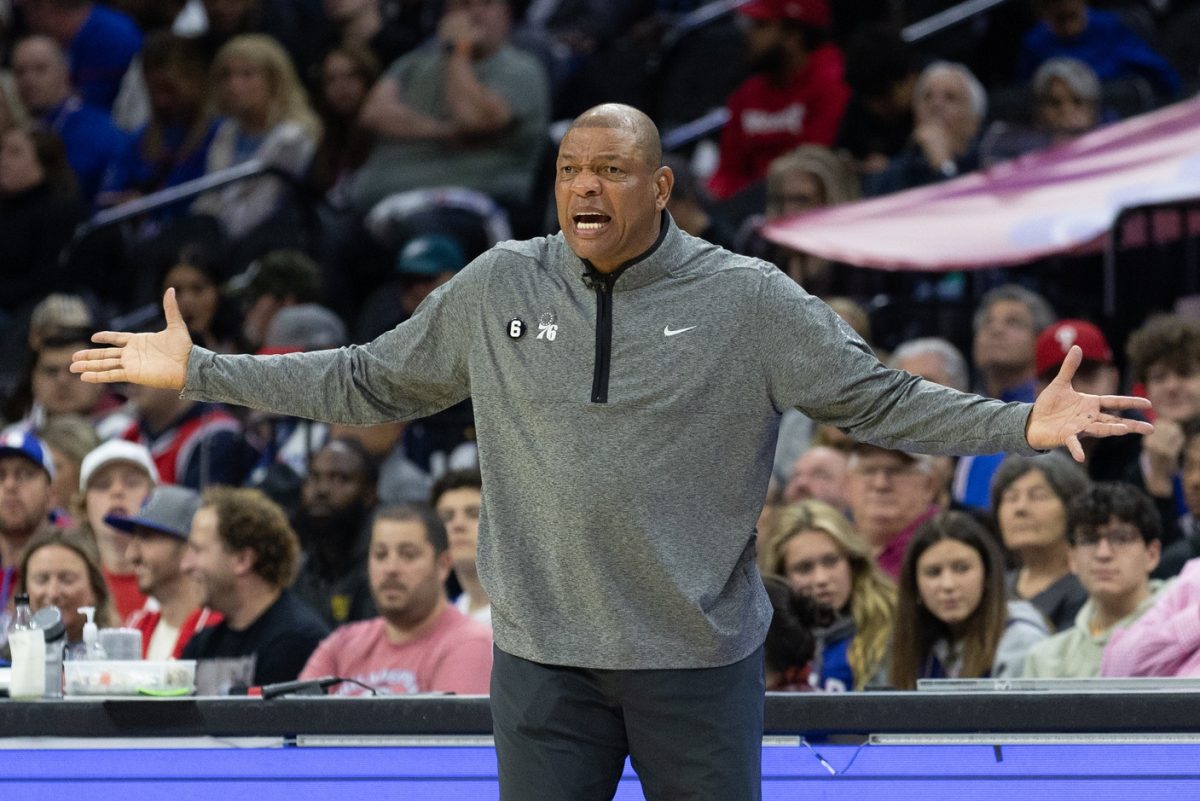 There are several teams that have gotten off to surprisingly bad starts in the 2022-23 NBA season, and one of them is the Philadelphia 76ers.

Though they entered the season with title aspirations, the 76ers currently sit at an abysmal 1-4.

The bad news is that they currently sit at the No. 12 seed in the Eastern Conference. The good news is that since the season is so young, the 76ers clearly have more than enough time to turn things around and reassert themselves as one of the better teams in the East.

While the team itself has loads of time to turn it around, 76ers head coach Doc Rivers may not be so lucky. According to a recent report, chatter is starting to mount about whether or not Rivers will remain as the head man in charge for much longer.

“Doc Rivers, Bill Simmons has been saying for weeks on his podcast Doc could be the first coach fired,” Zach Lowe recently said on his podcast. “Certainly people are chattering about that in the league ecosystem, but I don’t know how much that chatter is actually reality and this is Daryl Morey’s team. This is this is the [Houston] Rockets reunion tour. This is ‘I waited on my long lost love James Harden. I waited and waited and got him back’ this is it. Like this is the team and they’ve just got to be better than this. To me, offense is fine. We’ll see that’s that’s where I give them time, right it takes time to get that snap. Start trying in transition defense because what’s on the floor right now is embarrassing.”

Rivers is a highly respected coach in the league and has been coaching in the NBA since 1999. Though his addition to the Sixers’ bench back in 2020 came with a lot of celebration from the fan base, it hasn’t rendered incredible success.

The 76ers have advanced to the playoffs in his two seasons with the team thus far but haven’t really gotten close to sniffing a championship.

In fact, one of the biggest knocks that Rivers gets from his detractors is that he is not really a winner. The first and only title he’s won in his career was with the Boston Celtics back in 2008.

At the time, that Celtics team sported what was widely considered to be one of the most talented rosters of all time. Though Rivers went to the Finals again in 2010, he did not get another title.

Based on what Lowe passed on, it seems as though Rivers’ job is safer within the organization than some might believe. However, that is obviously all subject to change.

If the Sixers are still losing in a couple weeks like they are currently, the team’s front office may have to make a major change.